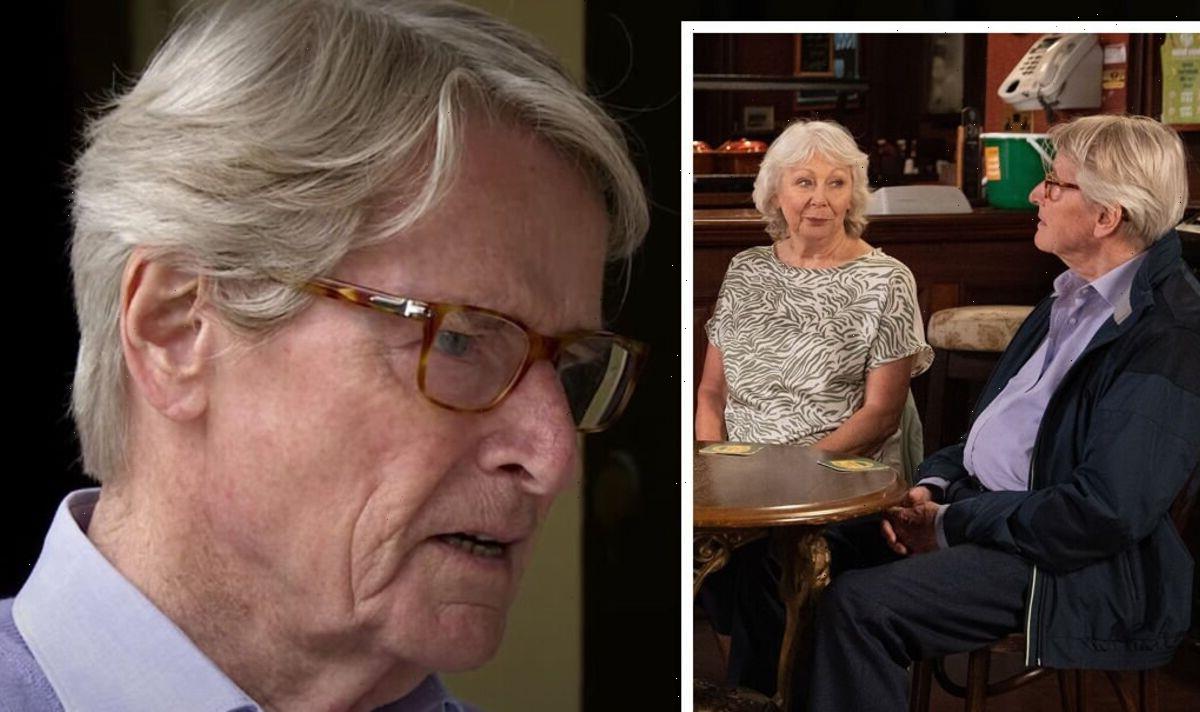 Coronation Street icon Ken Barlow (played by William Roache) has been growing closer to Wendy Crozier (Roberta Kerr) in recent weeks on the ITV soap. Longtime fans of the soap will remember Ken embarked on an affair with secretary Wendy, which led to his divorce from Deirdre Barlow (Anne Kirkbride). With Deirdre dead and Wendy back in Weatherfield, Ken has been spending more time with his former lover. Will they make their relationship official?

Official soap spoilers have confirmed Ken will be forced to make a sacrifice as he declares his true feelings for Wendy clear.

In the café, Ken beavers away on the Roxanna script but Brian Packham (Peter Gunn) accuses him of bigging up Wendy’s role.

Brian insists Ken is being favourable to Wendy because he fancies her but the writer denies this is the case.

However, it’s clear Brian has hit and nerve as Ken is warned Mary Taylor (Patti Clare) is on the verge of quitting the play. 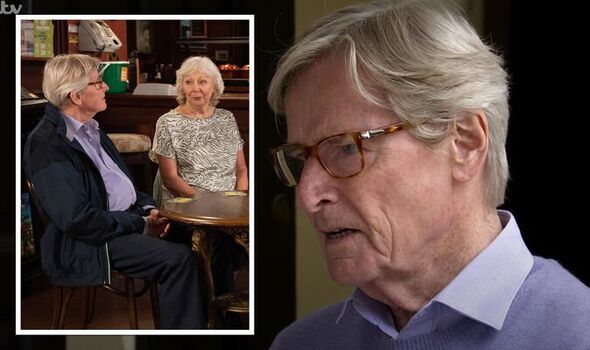 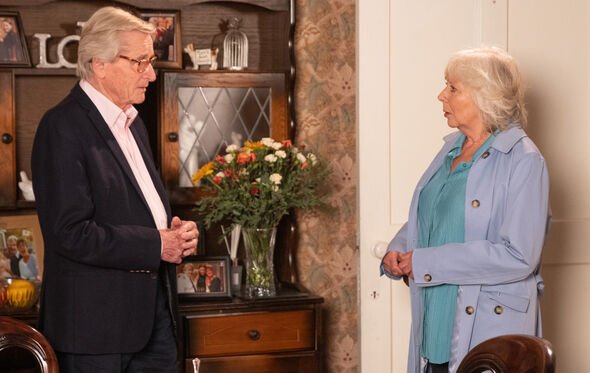 Ken is keen to quash rumours of favouritism, he asks Nigel to work with Wendy on her monologue.

Wendy is clearly upset to have been snubbed by Ken, unaware he is trying not to show bias.

Nigel confesses to Ken he wants to ask Wendy out for dinner and masking his feelings, Ken gives him the go ahead.

But Wendy is left confused when she learns Ken was the one who suggested Nigel ask her out. 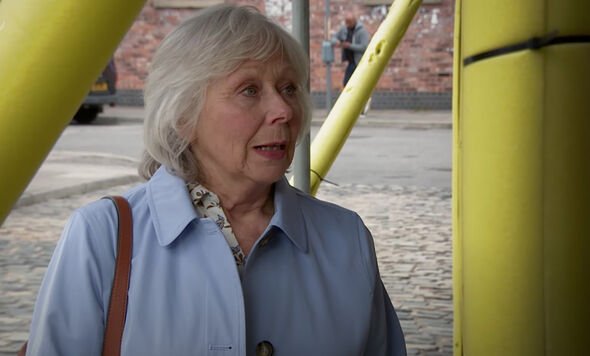 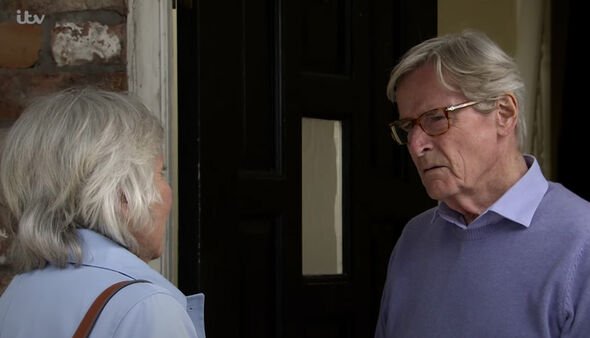 Having had enough, Wendy marches around to No.1 to demand answers from Ken and find out how he really feels.

Wendy is stunned when Ken declares he has feelings for her but didn’t want to show any bias while working on the play.

She confesses she shares his feelings and would like to be his companion.

Not wanting to cause drama with their relationship, Wendy announces she will give up her role in Roxanne.

Will Mary finally be given the chance to shine and will Ken’s play be a failure without Wendy in the lead?

Hopefully, with Wendy now by his side, Ken won’t mind if Roxanne is a complete failure.

However, there will no doubt be more drama in store for the new couple as Ken’s stepdaughter Tracy Barlow (Kate Ford) isn’t the biggest fan of Wendy.

Tracy was furious when she was a teenager and discovered Ken’s betrayal of her mother Deirdre.

Will Tracy accept her father wants to move on with Wendy and will she accept Wendy into their family?

ITV fans know Tracy isn’t the forgiving type so it’s unlikely she will be welcoming towards Wendy.

Fans will have to stay tuned to see if Ken and Wendy’s romance will last or if it will be short-lived?