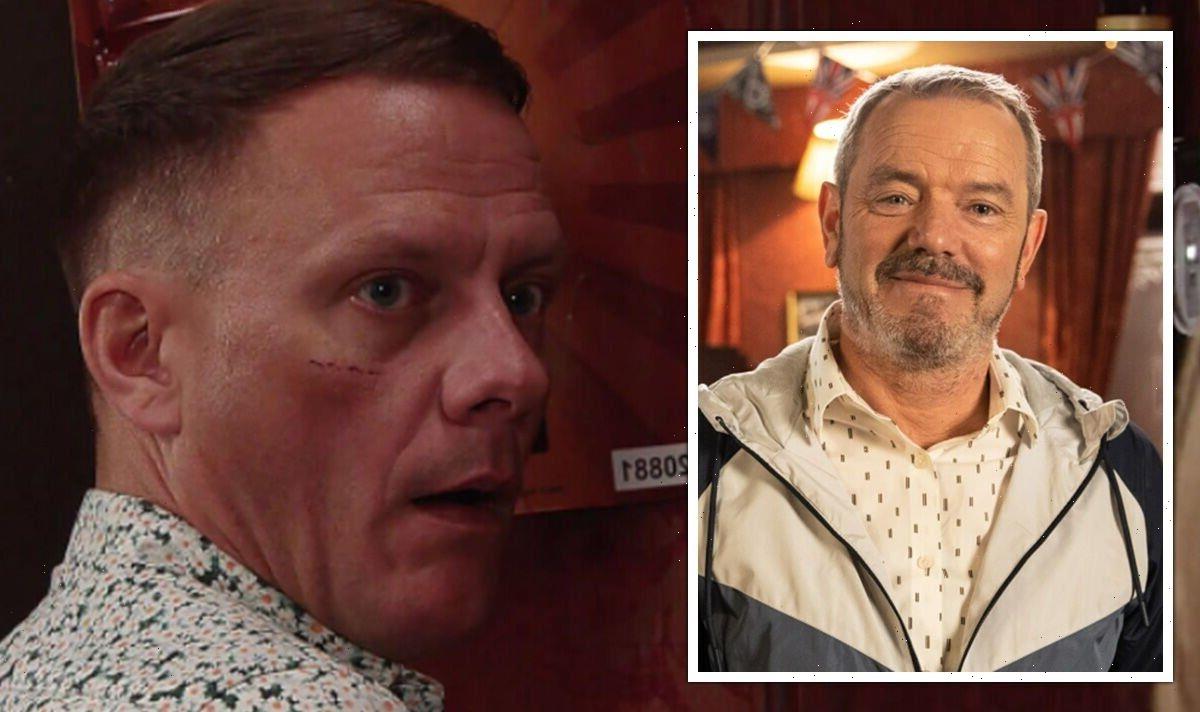 Coronation Street bosses have confirmed that Brookside star Simon O’Brien has been cast in a new romance storyline. Simon is best known for playing Damon Grant in the Channel 4 series, which ran from 1982 to 2003. Simon’s new character Frank Bradley is set to get tongues wagging, as he will commence a new romance with Sean (played by Anthony Cotton), but spoilers reveal that Frank is not all he seems as his connection with George Shuttleworth (Tony Maudsley) is soon revealed.

Simon began filming at Coronation Street two months ago, with Frank making his first appearance in the cobbles in late May.

His arrival into Weatherfield gets off to a good start, when he meets Sean in the Rovers Return, as they begin flirting with one another.

Sean gets excited about the possibility of finding love again, but his excitement could soon be shut down as George has his reservations about his arrival in the village.

A Coronation Street insider told Digital Spy: “While Sean is smitten, there may be more to Frank than meets the eye.

“Frank went to school with local undertaker George Shuttleworth, who knows details about his past and is wary of him.

“Is Frank the same guy that George knew all those years ago, or has he changed his ways?”

It has been reported that Frank will be appearing on screens for the next couple of months as the relationship between Sean and George plays out.

Will Sean and Frank hit it off like a house on fire or will George shut down their romance before it even begins?

Simon’s arrival on the Cobbles was announced on Coronation Street’s official Instagram page, where they wrote: “Welcome, the newest member of the team, Frank Bardsley, played by Simon O’Brien!

“Could love be in the air for a lucky someone on The Street?”

Viewers of the show and Brookside fans were delighted to see his arrival into Weatherfield, with user @Ryboxo commenting: “Fine casting!

“I’m old enough to remember him being in ‘Brookside’ (just ) He could certainly be Stu’s son? Very similar looking #coronationstreet.”

@josiesworld07 exclaimed: “I remember Damon from Brookie looking forward to seeing what he gets up. Please make him be nice and not another Villain.”

Simon is fondly remembered by soap fans for playing Brookside’s Damon from the show’s launch in 1982 until 1987.

He was just 16-years-old when he landed the role as Bobby and Sheila Grant’s son, where he was soon involved in a number of hard-hitting storylines.

The one that stands out and sticks in the audience’s minds is his relationship with Debbie McGrath (Gillian Kearney).

Fans were left heartbroken when Damon was stabbed by Crosby (Johnathan Comer), where he later died from his wounds.

Simon’s exit from the show made soap history after Damon was killed off during a three-part Brookside spin-off series.

This is often named the UK’s first-ever “soap bubble”, featuring well-known characters in their own standalone episodes.

Coronation Street airs on Mondays, Wednesdays and Fridays at 8pm on ITV and streams on the ITV Hub.