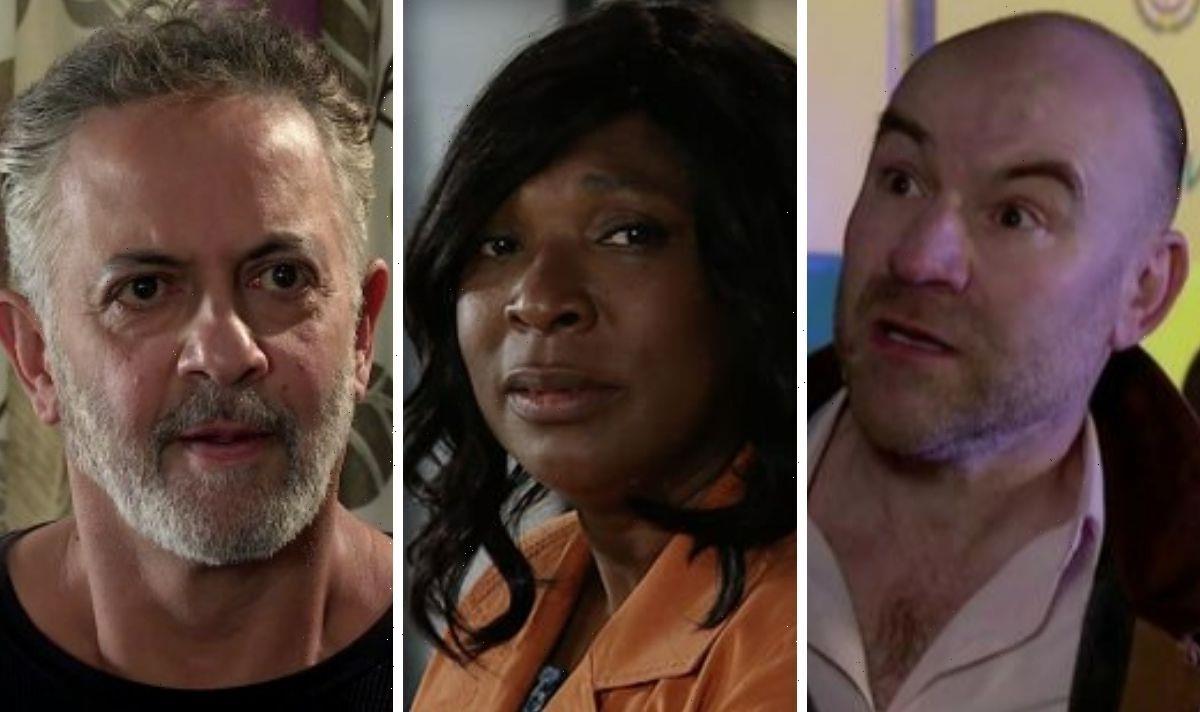 Coronation Street residents Aggie (played by Lorna Laidlaw) and Tim (Joe Duttine) have grown close over the last couple of months. Tim opened up to Aggie about his impotence with her being the only one apart from his wife Sally Metcalfe (Sally Dynevor) knowing. On Monday night he opened up to Peter Barlow (Chris Gascoyne) about his condition and is set to take a football team talk the wrong way, confiding in Aggie. But when she finds out James Bailey (Nathan Graham) collapsed whilst she was spending time with Tim, Ed Bailey (Trevor Michael Georges) could suspect the pair of having an affair.

“James, why don’t you play? James play and then we can annihilate them flying horses!” however James denied his request.

Later, the team are waiting to leave when Jenny rushes into the pub and reveals Chesney Brown (Sam Aston) would be taking Brian’s place. 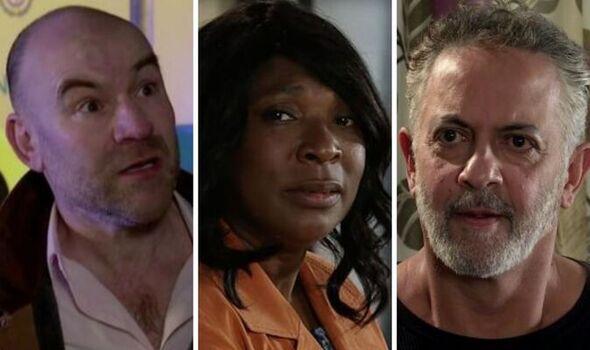 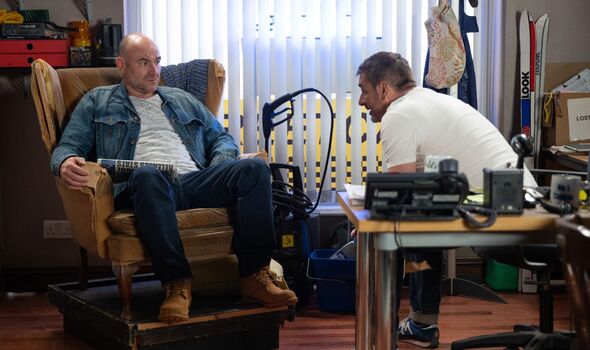 On a final note, Dev decides to give a team speech and exclaims: “I just want to say, thank you team for all your hard work and how proud I am to play beside you.

“And proud I am for you to represent this fine institution. Because we have got a big challenge today.

“But the prize is there within our grasp so we need a big performance, Tim. And it is true that we are facing a stiff opposition but I truly believe that we can rise to this occasion.”

Thinking Peter told Dev about his impotence, Tim storms out of the pub and shouts at Peter: “I thought I could trust you, what was all that about? 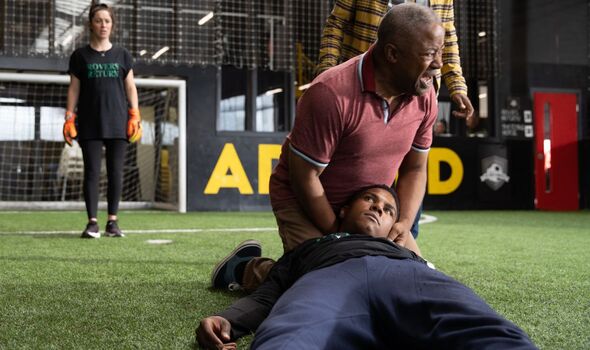 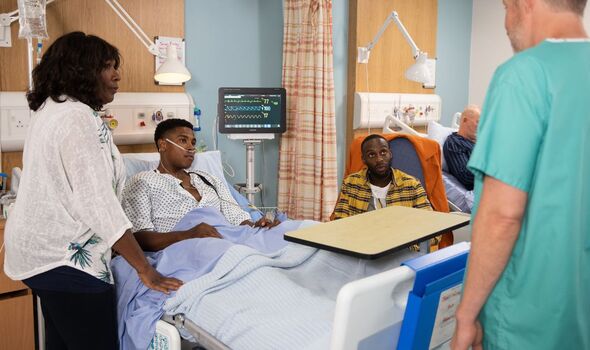 “Do you think it’s funny, all this big performance, stiff opposition stuff? You went and told Dev, didn’t you? You couldn’t resist it could you, your pathetic man.”

As the Baileys set off to leave for the match, Aggie spots Tim sitting outside their house alone and tells Ed and Michael Bailey (Ryan Russel) she would catch them up, as she forgot about the “cake”.

Back in the house, Tim joined her for a cup of tea, when Aggie asks: “Are you sure he was taking the mick?

“Are you absolutely sure that there is no chance you might have been a tiny bit oversensitive?”

Looking back at the altercation, Tim replied: “Whose side are you on? Yeah, it is possible I might have misconstrued what he was saying.

“Dev was giving a team talk, all this big performance and stiff opposition stuff…”

As the game kicks off, Aggie and Tim were still drinking their tea, as Aggie states: “I get it it’s tough, you don’t want to admit something is wrong, grin and bear it.

“Man up don’t show your weakness but everyone needs help sometimes. If you are feeling better then maybe we should get to the match.”

Stopping her from getting up, Tim replied: “They would have found a sub by now, I am happy to stay here if you are.”

Aggie agrees and reveals she secretly hates football. Meanwhile, the Rovers team win the match but James collapsed as he walked toward Ed and Michael.

As Michael administered CPR, Ed tried to call Aggie but she was busy talking to Tim, leaving Michael to run home to let his mother know what had happened.

Arriving at the hospital, Ed fumed: “Where have you been? You just missed the doctor! He is stable, groggy but he is awake they are going to move him to a new ward soon.”

Aggie asked: “What happened?” to which Ed fired back: “They don’t know, they have no idea why his heart stopped, he was dead for five minutes.

“Actually dead, they are talking about assessing him for long-term damage, the cardiologist is going to go through the next steps apparently.”

“Can we see him?” she insisted but Ed continued his angry rant: “They have just taken him through for more tests, and where were you? Why didn’t you answer the phone?”

Does Ed suspect that Aggie missed the game because she was spending her time with Tim?

Ed could already be uncomfortable with their close relationship and already jumped to the conclusion that she is having an affair.

Later, Tim turned up to the hospital to check on James and Aggie, to which she explained: “Yeah he is awake, they are just taking him to the CCU. He is on a good ward.”

Feeling guilty, Tim expressed: “I am so sorry. I am sorry he was playing, if I had gone he wouldn’t have played, it is my fault, my stupid pride.”

Have Aggie and Tim grown too close that they are starting to blur the lines between friendship and romance?

Will Aggie come clean to Ed about where and what she was doing at the time of James’s collapse?