Jenny (played by Sally Ann Matthews) has been worried about her marriage to husband Johnny Connor (Richard Hawley) of late on Coronation Street, what with him harbouring a secret past with newcomer Scott Emberton (Tom Roberts). Over the years, the beloved Weatherfield resident has had to keep some moments of her dark past hidden from her loved ones too, for example, the fact she lost her son in a tragic accident. However, it seems she is set to learn more about her family’s dark demeanours when a long-lost relative turns up on the cobbles in upcoming scenes on the ITV soap.

How is Boris Johnson handling the coronavirus crisis? Vote in our poll

The Rovers Return landlady was first introduced to viewers in 1986 as the daughter of cobbles villain, Alan Bradley (Mark Eden).

Following her father’s death in 1989, the only other relative Jenny has had has been stalwart Rita Sullivan (Barbara Knox), who has taken on a motherly role for her step-daughter over the years.

Not much else is known about the Bradley family, but actress Sally Ann, 50, has teased fans are going to learn a bit more about the sinister clan.

A long-lost member of the menacing lineage will soon descend on the cobbles and is likely to set the cat amongst the pigeons as Jenny has been doing her best to eradicate herself of her family’s legacy.

“Jenny is going to have a family member join the show, ­someone the audience knows nothing about,” the soap star told People. 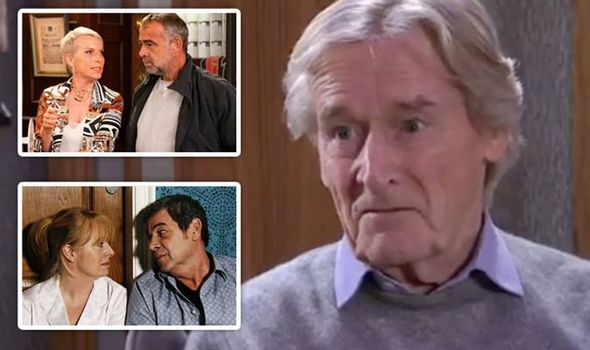 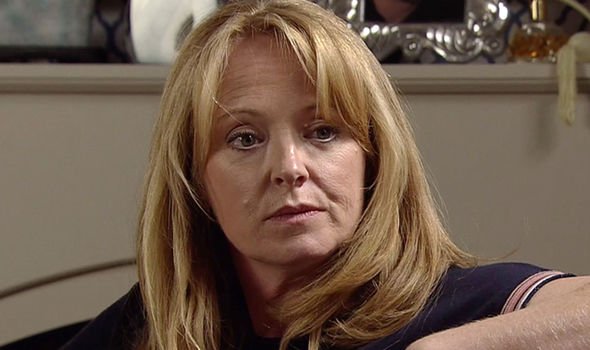 In the midst of his reign of terror on the cobbles, Alan laid down the tracks for the likes of Pat Phelan (Connor McIntyre) and Richard Hillman (Brian Capron) to cause turmoil for their fellow residents.

With the former villains no longer in the picture, it could be his sinister brother and Jenny’s uncle who turns up in Weatherfield.

It’s not been officially announced how the newcomer will be related to the landlady but if it is her father’s sibling, he could have inherited the deceased’s menacing traits.

On arrival, the newcomer could explain to his niece Alan never told him about her because they were caught up in a crime before she was born which landed him in jail. 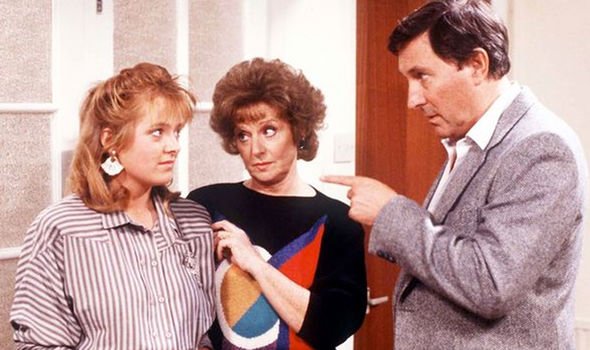 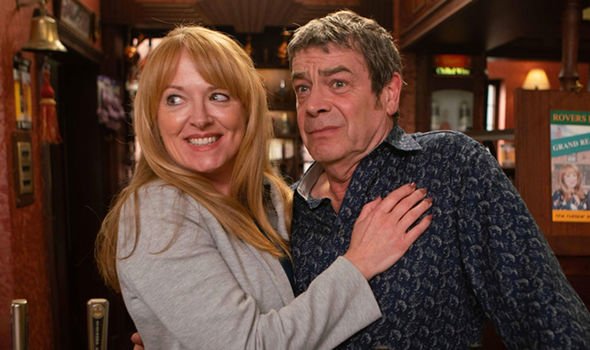 Jenny is going to have a family member join

What he might fail to tell the beloved cobbles resident is the crime was a murder the brothers committed, explaining why Alan had such a sinister persona.

However, it was solely the villain’s brother who was sentenced to time behind bars and now he’s out, he could be seeking revenge.

As Jenny learns more about her father’s past and becomes closer to her uncle, could she be in grave danger?

It might be Alan’s sibling has made the landlady his target and although his brother is no longer alive, he wants to do everything in his power to get eradicate the family off the face of Weatherfield.

Actress Sally teased last month her character is going to be involved in a dramatic storyline in the coming months.

Some fans responded to the message, with one replying: “That normally means someone dies. Hope it’s not you.”

Another added: “A night shoot means drama on the horizon!” with a third posting: “Some high drama coming up I feel! Wrap up warm X.”

Viewers learnt a few weeks ago Jenny’s husband Johnny and his former partner-in-crime Scott had killed someone when one of their botched jobs went wrong years ago.

It could be the long-lost relative of the landlady had a connection to their victim and is also out for revenge on the landlord.

This might lead to some big drama which sees both the husband and wife mysteriously disappear from the cobbles.

Could the newcomer hold them hostage and takeover the Rovers for themselves in the couple’s absence from Weatherfield?