Coronation Street fans have seen Daniel (played by Rob Mallard) struggle with the loss of his wife Sinead (Katie McGlynn). Despite being surrounded by his family, Daniel has found solace from an unlikely source – escort Nicky (Kimberly Hart-Simpson). Daniel has been paying Nicky to dress up as his late wife but when she begins to feel uncomfortable with the arrangement, the father-of-one goes to great lengths to ensure she doesn’t lose her.

After causing trouble in the Bistro where Nicky is on a date, Daniel ends up getting the escort arrested.

Furious with Daniel’s behaviour, Nicky storms around to his flat to insist their arrangement is over.

But as Daniel opens up about his grief for Sinead, Nicky explains she understands how he feels and they start to bond.

However, their new friendship could be over quicker than it started as Tracy Barlow (Kate Ford) walks in on the pair and makes it clear she wants to get to know Nicky. 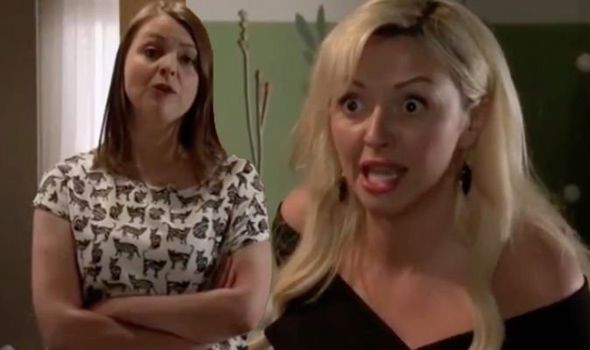 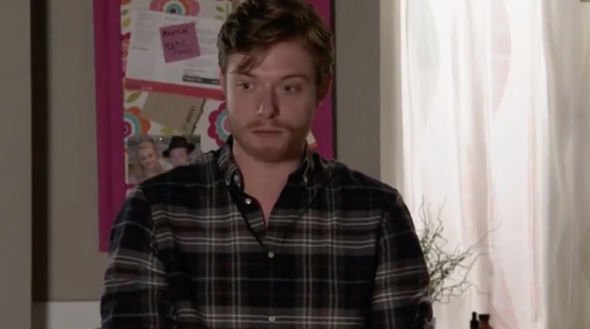 “Before I met you, I could barely get myself out of bed,” Daniel begins, in a spoiler clip from tomorrow’s episode.

“I couldn’t stand it, my head full of her. I know that you’re not her but it’s just nice to pretend for a while that you are.”

Nicky replies: “Look I get all that but…”

“It’s not the same with anybody else,” Daniel explains. “It’s not just that you remind me of her. 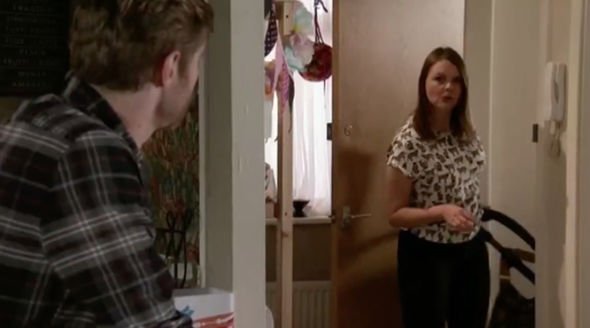 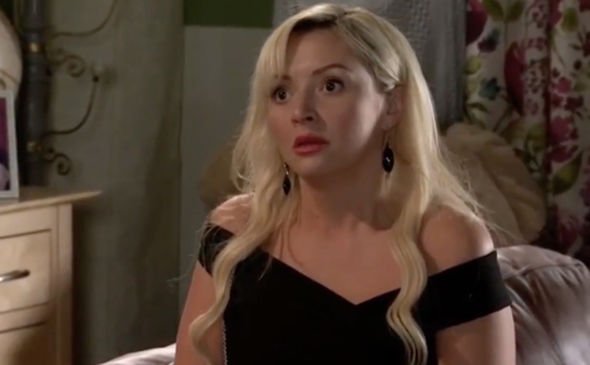 “I do but this, what you’re doing is not the answer,” Nicky tells him. “You need proper help.”

Daniel continues: “I tried that, a grief retreat. Works in some ways. Doesn’t stop me from missing her. It’s like a psychical ache and it only goes when I’m with you.”

Before Nicky can reply, Tracy barges in and demands to know why Daniel is with Nicky.

“Why are you not at work?” she asks before spotting his guest. “Who’s this?”

Daniel tries to cover for Nicky and tells Tracy she is a “friend from uni”.

Nicky tries to leave the flat but Tracy goes on to insist she should stay as she’s been lonely.

“Stay! It’s not often I get to meet one of Daniel’s friends,” Tracy tells her.

“I haven’t spoken to anybody for three months apart from my boring family have I because I’ve been shielding because I’ve got a kidney transplant.

“So you will be doing me a favour,” making it clear Nicky will be going nowhere.

Fans of the long-running ITV soap know exactly how nosey Tracy can be and it’s likely she won’t look favourably on Nicky when she finds out she’s an escort.

In upcoming episodes, Daniel will confess to his brother Adam Barlow (Sam Robertson) that he’s been paying Nicky to dress as his late wife Sinead).

Horrified Adam offers Nicky a large wad of cash and warns her to stay away from Daniel going forward.

But if Nicky refuses Adam’s money and continues her relationship with Daniel, she could find herself going up against Tracy.

Once Tracy finds out, she will waste no time in telling Beth Tinker (Lisa George) what Daniel has been doing.

Worrying for the safety of Bertie as Daniel spends more and more time with Nicky, will the two women team up to take custody of Bertie?

Tracy already has teenage daughter Amy (Elle Mulvaney) but could she find herself with Bertie in her custody too?