Gail (played by Helen Worth) will join the rest of her family on a holiday to a adventure retreat as Coronation Street’s big week of dramatic episodes get underway tonight.

As well as Nick’s secret bubbling to the surface and the identity of the factory collapse villain being revealed, there will be some time for some comical scenes this week on the ITV soap.

At the heart of the humour will be Gail as she tries to speak with chat show host Lorraine Kelly, 59, who is making a cameo appearance on the soap in the special run of episodes.

She’s got a big part in this storyline

Gail’s plan to track down the celebrity will come after she tells her family she spotted Lorraine walking around the retreat and ends up in a pedalo with daughter Sarah Plat (Tina O’Brien) and granddaughter, Bethany Platt (Lucy Fallon).

Embarking on the trek across the lake to meet her idol, it seems Gail’s plans may go a bit array when she finally comes face-to-face with her Lorraine.

Speaking of Lorraine’s cameo on the soap, Nick Tilsley actor Ben Price, 47, teased a big stunt for the chat show host during her stint.

With Nick’s focus elsewhere as his mother goes on Lorraine watch, Ben told the Daily Star: “She’s got a big part in this storyline.

“She’s got a stunt. She’s in the best family she could possibly be with,” the Coronation Street actor quipped.

Could it be Gail and Lorraine find themselves treading water as the Weatherfield resident becomes over excitable at meeting her idol? 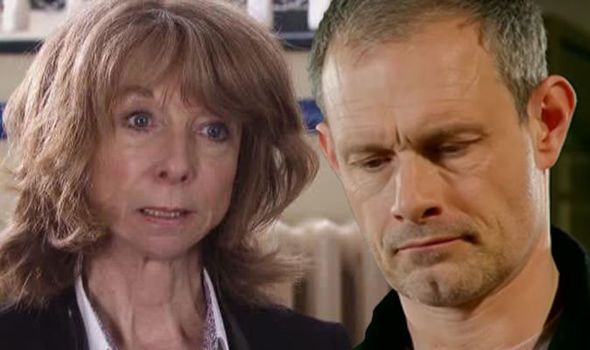 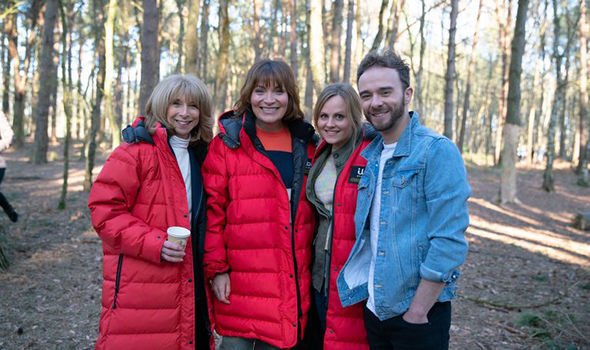 Lorraine spoke out about her part in the big week of episodes on her chat show last week, saying: “It was amazing.

“All the crew and cast could not have been nicer to me. They were lovely,” the host explained, adding: “It was just an amazing thing to do.”

However, Gail’s optimism will soon turn to horror when the truth about Nick and David’s plans regarding Audrey come to light.

After months of hiding the fact he was the one who stole £80,000 of his grandmother’s life savings last year, Nick is sure to be at the end of his family’s rage.

Actress Sue Nicholls, 75, spoke out about her character’s reaction to Nick’s secret, revealing to Digital Spy Audrey will be left “devastated.” 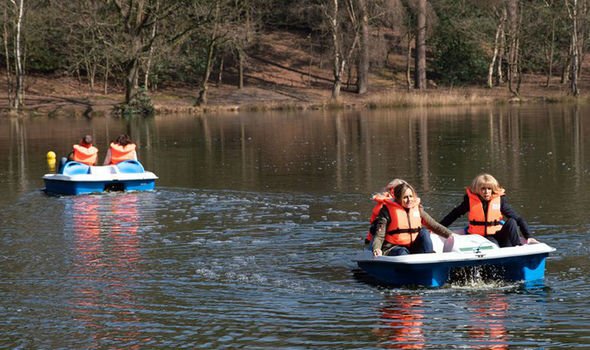 When the money originally went missing, the finger was pointed at her lover and former con artist Lewis Archer (Nigel Havers), who died suddenly before he had a chance to propose to Audrey.

With Gail telling her mother Lewis was meeting with a stranger in the lead up to his death, Audrey resigned herself to the fact her lover was a crook, to which Nick didn’t disagree.

On discovering Lewis was innocent after all when David reveals the truth to Audrey, Sue explained: “For her it is not even about the money, it is that they allowed her to think that Lewis, the man she loved, had done this to her.

“You can repay money but they can never give back to her the fact that they ruined the name of the person she really loved. She is devastated at that.”

As Nick stands as one of three Weatherfield residents still in the frame to have committed the tragedy at the Underworld factory earlier this year, could he have more than his family’s anguish to worry about?

Self-isolation may have all of us acting weird, but at least it doesn’t come close to Rainn-Wilson-interviewing-Billie-Eilish weird. The two...