Coronation Street fans saw Eileen Grimshaw (played by Sue Cleaver) whisk herself away to Thailand earlier this year to get away from Weatherfield for some sunshine. However, with Eileen arriving back on the cobbles this week to reunite with her son Todd Grimshaw (Gareth Pierce) after desperately trying to get hold of him, things are soon set to get much more complicated. But could there be something good to come for Eileen at last when she is introduced to newcomer George Shuttleworth (Tony Maudsley) on the ITV soap?

Eileen will get the shock of her life this week when she finally comes face-to-face with Todd after weeks of worry.

However, Todd instantly gets her involved with some tricky situations and gives her a very difficult task to get to grips with.

He informs her he needs to be believed to be deceased and star Sue Cleaver explained to Express.co.uk and other press what her character does next.

Speaking out on the drama to come, Sue said of her alter-ego: “I’ve got to go and identify these bodies more when I know it’s not going to be you. 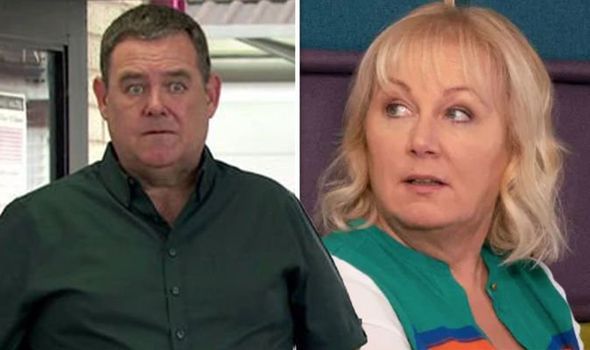 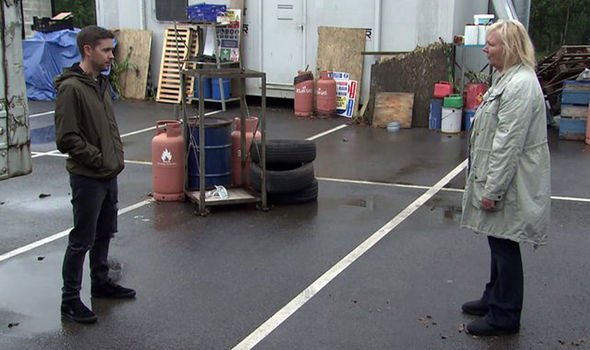 But Eileen is less than impressed by the suggestion, with Sue revealing: “I mean, she is absolutely gobsmacked at this. It’s the most disgusting, horrific thing she’s ever heard and is horrified!”

Billy Mayhew (Daniel Brocklebank) and Sean Tully (Antony Cotton) will offer to go with Eileen but the matriarch decides to do the deed on her own.

However, Eileen can’t go through with the idea and the group come up with another alternative – a sham funeral. 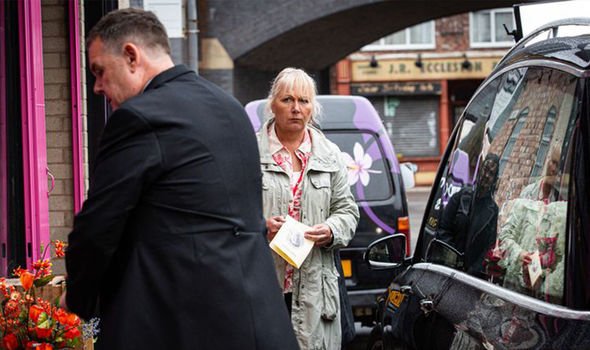 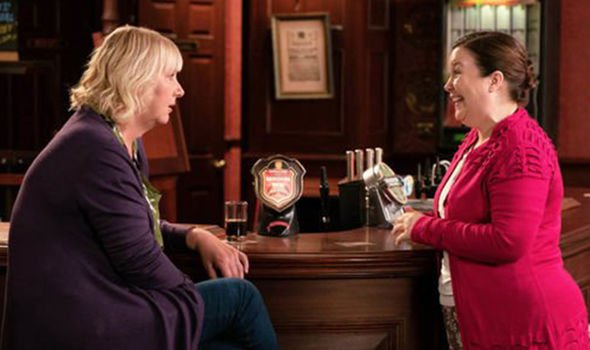 And in comes George, the undertaker who ends up assisting with the fake funeral – scenes which Sue admits were “very funny” to film.

Sue added: “She just thinks they’re absolute d*****ds! She can’t believe it. She turns up outside the florist and there is the coffin and the flowers with ‘Todd’ written along the side.

“Mary’s (Patti Clare) in a veil, and now they’re doing that, ‘Come on, we’re going for the funeral now,’ and she just says, ‘Have you lost the plot?’ it’s the most horrific, stupid idea you’ve ever heard.”

Despite the ridiculous nature of the section in the storyline, she laughed: “But they were very, very funny scenes to film!”

But it seems George will end up as Eileen’s next love interest as the pair soon hit it off, after a bit of a false start.

Asked if Eileen could do with someone who “makes her laugh,” Sue agreed: “Oh, yeah, she does, she does.”

Ir doesn’t look as though the chemistry will come straight away, with the actress saying: “I mean, at the moment, she’s not sure about him,

“She thinks he’s got a bit of a twinkle in his eye and she doesn’t trust him. And he’s a bit flirty, and she’s not sure about him.”

Luckily, it seems there is romance on the horizon in the months to come, with Sue adding: “He’ll definitely grow on her.

“I’m really looking forward to seeing where that goes and I think there could be some fun storylines.

“You know, the fact that he’s an undertaker. I mean, the world is your oyster, isn’t it?”

But will Eileen and George end up romancing very soon, or will the former have her heart broken again once more?

Coronation Street airs Mondays, Wednesdays and Fridays at 7:30pm and 8:30pm on ITV.