Dev Alahan (played by Jimmi Harkishin) was furious when he discovered Asha Alahan (Tanisha Gorey) shared a topless video of herself to fellow Coronation Street resident Corey Brent (Maximus Evans). The traumatised schoolgirl explained she had been tricked and Dev decided the best thing he could for his daughter was to send her and Aadi Alahan (Adam Hussain) to private school. However, his decision could lead to devastating consequences for the Alahan family.

Asha was horrified when a video of her topless was circulated with her classmates and ended up online.

Corey persuaded the schoolgirl to take her top off on camera but she had no idea he was recording the intimate exchange.

Although he wasn’t to blame for the video being leaked, Asha was hurt when he failed to stand up for her.

Dev was devastated when he discovered the truth and struggled to reach out to his daughter. 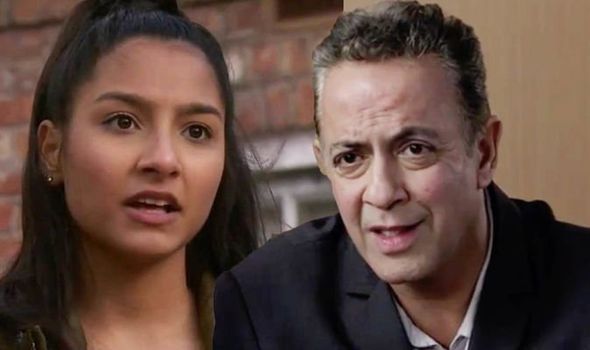 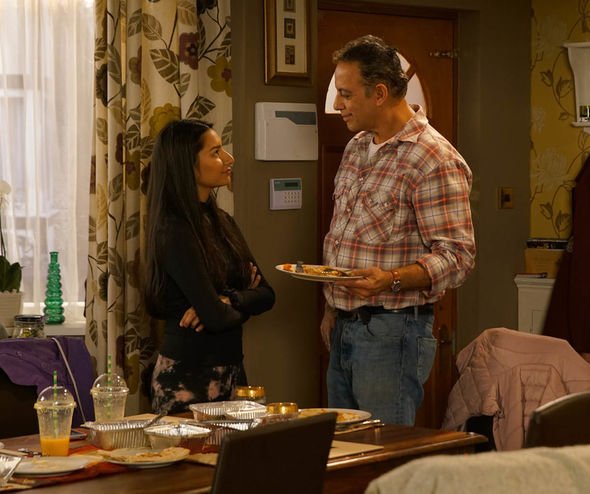 After some words of advice from Nina Lucas (Mollie Gallagher), Dev and Asha shared an emotional heart-to-heart.

The businessman decided to send Asha and Aadi to a private school in a bid to make their school life better.

The twins resented the idea at first but grew to love their new school and Dev was thrilled when he heard about Asha’s newfound confidence.

When Dev learned Asha had confronted Corey in front of his friends and ridiculed him for not standing up for her, he realised he’d made the right decision. 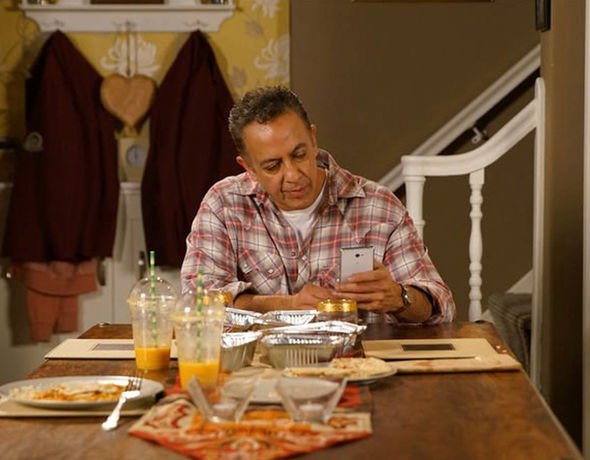 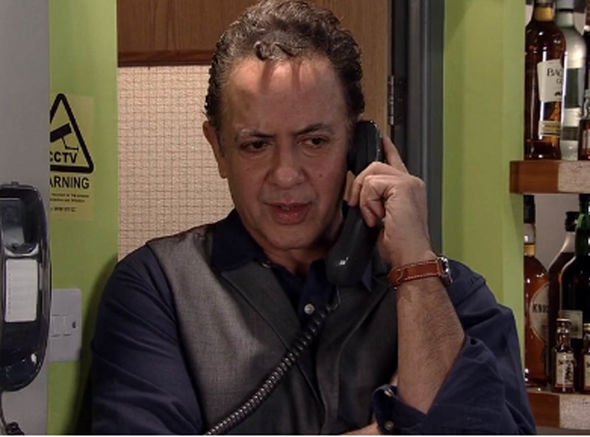 However, private education comes at a cost and Coronation Street fans watched as Dev turned to payday loans to stay afloat.

As the twins recalled how their days had been, Dev looked into borrowing money as he ordered a celebratory takeaway.

Could Asha’s happiness come at a huge cost to Dev’s business empire?

In an exclusive interview with Express.co.uk, Turn2Us, a registered UK charity which helps people living in poverty, and Head of Communications Sara Willcocks revealed the impact Dev’s money problems could have on his family.

Sara said: ”The situation Dev finds himself in is tragically common across the UK right now. Many of us are only one broken washing machine or one late paycheck away from needing emergency credit.

“In addition to the dire financial consequences Dev will face, there is also a devastating emotional and physical toll, which will impact him and his family for a long time to come.”

Dev may be doing what he hopes is best for his family but his financial difficulties could lead to even more emotional strain for Asha.

The pressure could be too much for Asha if she realises her private school fees are causing her dad to turn to payday loans.

Would Asha find the strength to speak to Dev or will the concerned father be forced to realise his efforts to help his daughter could make things worse?

Sara added: ”We urge anyone who is thinking about using a payday loan to visit the Turn2us website and use the Grants Search. Unlike loans, charitable grants found through this tool do not need to be paid back.

“Alternatively, it is advisable to look into responsible lenders, not-for-profit organisations and local welfare assistance schemes.”

If you have been affected by Dev’s storyline, visit Turn2Us here or ring their helpline for free, confidential and independent advice on 0808 802 2000.