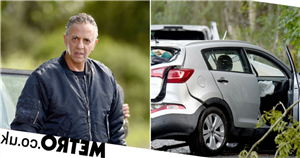 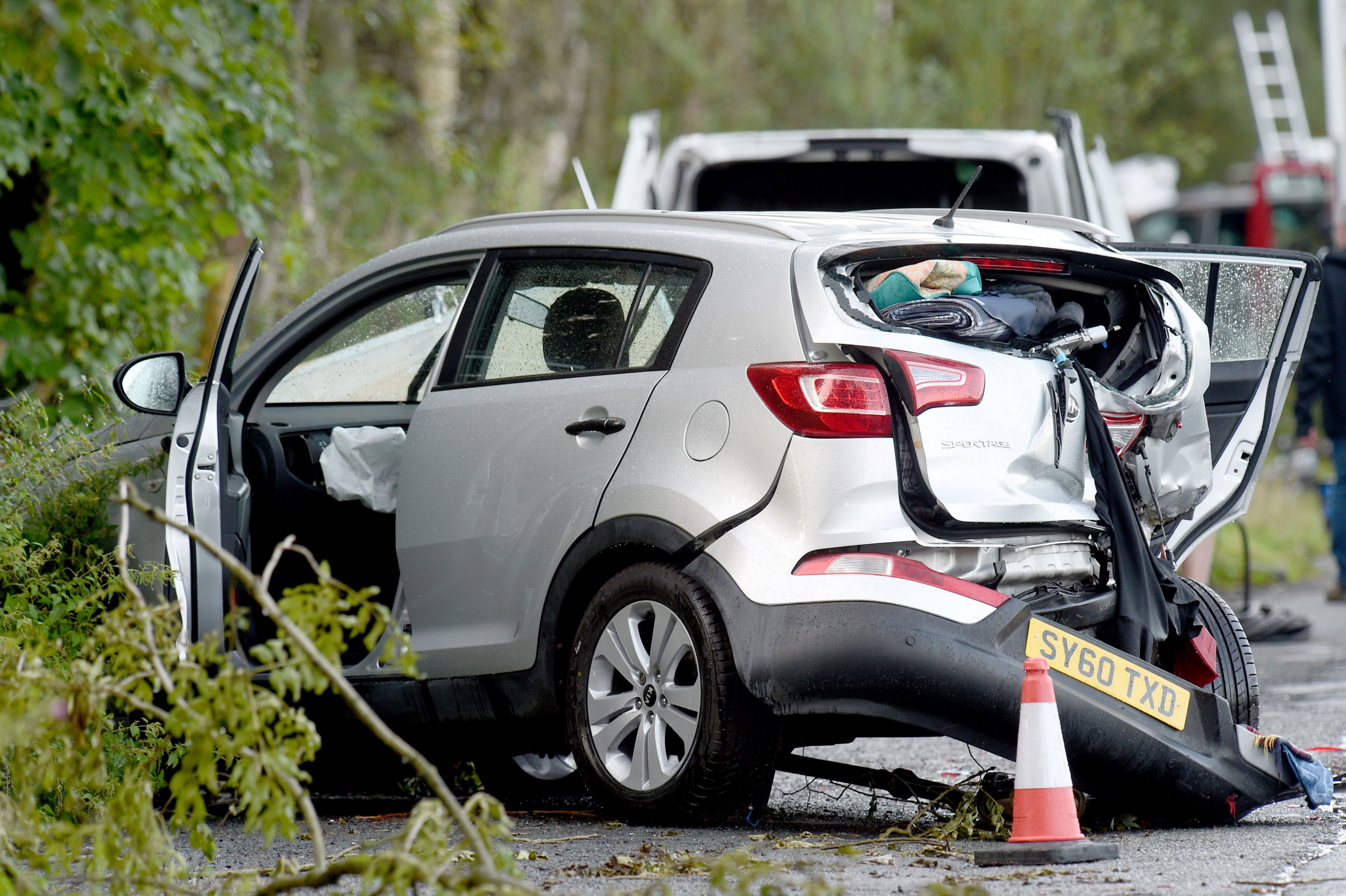 Dev Alahan (Jimmi Harkishin) and his kids Asha (Tanisha Gorey) and Aadi (Adam Hussain) could be set to die as Coronation Street has filmed a colossal car crash stunt that will lead to the escape of Harvey Gaskell (Will Mellor).

As part of ITV’s so-called super soap week, a number of major storylines are planned and one of them sees a huge stunt that could be the death of the Alahans.

Jimmi has been spotted filming moments before the car stunt was filmed. As the pictures show, the car is left in a wreck.

The prison van is transporting drug lord Harvey and collides with Dev’s car, which also has Asha and Aadi inside, a source has claimed to Metro.co.uk.

How the events come to pass remain to be seen and whether everyone will survive is a closely guarded secret.

The disaster comes amid a series of other storylines which include Harvey seeking revenge on Leanne Battersby (Jane Danson) as he blames her for his prison sentence.

Armed with a gun, will Abi destroy her own life by shooting Corey dead?

Sally recently enthused about the episodes, saying: ‘It’s huge, and life-changing and all of those things but it’s like she’s being driven by a force that she can’t stop. It’s slightly out of her hands as well, as she has to do what she’s going to do.’

‘It’s ridiculous. It’s outrageous, and it’s such good fun! I’m on night shoots. Stunts galore and it’s been so much fun!

‘It’s one of those storylines that, as an actor, you just go: “Oh come on! Let’s have it!” It’s brilliant.’

It has also been claimed that the scenes may rival the tram crash and reports suggest the sinkhole under the Platt household may cause further carnage – with Iain MacLeod, the show’s boss, confirming at least one death.

‘We’ve tried to look at the last 12 months and the limited way in which all soaps have been forced to tell their stories, and try to subvert that and go “we’re back”.

‘It’s a statement of intent that we wanted, as a show, to put out there – to make something we couldn’t possibly have made in the past 18 months because the pandemic wouldn’t allow it.

‘When you do a story of a certain scale and at a certain level of spectacle the viewers expect there to be significant aftermath to it and significant outcomes.

‘So yes, I can confirm that Chekhov’s sinkhole will result in a death.’