Coronation Street: Geoff is taken away in a body bag

Coronation Street fans saw Alya Nazir (played by Sair Khan) have a final face-off against her grandmother Yasmeen Metcalfe’s (Shelley King) evil husband Geoff (Ian Bartholomew) before he plunged to his death. As Yasmeen now has to deal with the aftermath of the situation, Alya will prove integral in helping her life move on. Now, it seems there could be something better on the horizon after actress Sair Khan has admitted she wants her character’s surname “changing” – but could this mean a marriage to Ryan Connor (Ryan Prescott) is on the cards?

Last week, Yasmeen was finally given her freedom after having been put away in prison for defending herself against Geoff.

However, she wasn’t able to keep away from Geoff for long after he showed up at Alya’s whilst the latter was out.

And later on, all three ended up in a terrifying showdown on the roof of Geoff and Yasmeen’s home.

Alya has shown herself to be a strong person and will remain a support for Yasmeen after Geoff’s shock death last week. 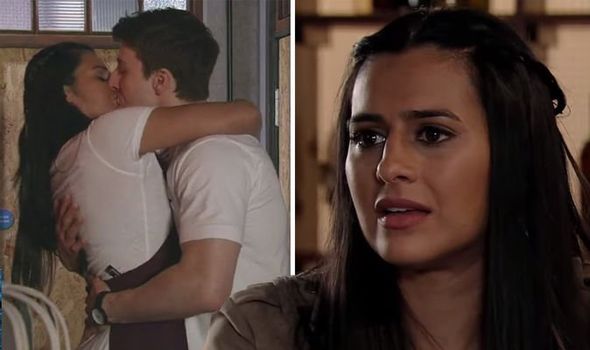 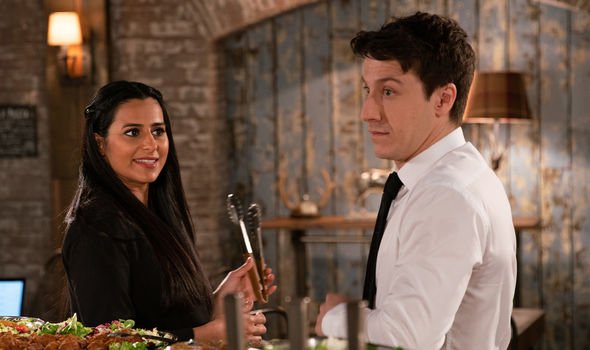 Sair said of the storyline climax: “I’m really grateful for the opportunity to play this particular storyline because you get to see a different side to her and the bond that she has with her grandma is so strong, that loyalty and love is fierce.

“And I don’t think I have had the chance to play that really on this level and to support Yasmeen through the storyline.”

She touched on the fact she was the last person remaining in Weatherfield who still had the Nazir surname.

Sair noted: “This is just the beginning really of the after-effects and Shelley I can’t believe you said that, ‘She’s [Yasmeen] now a Metcalfe.’ 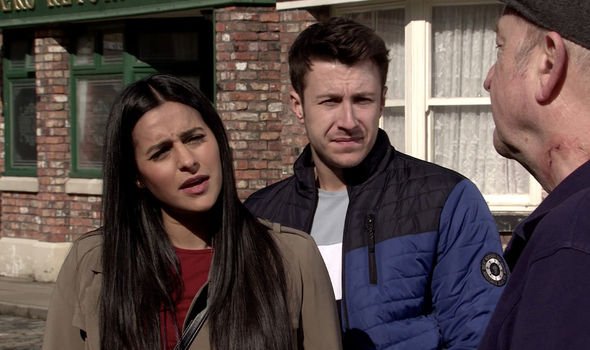 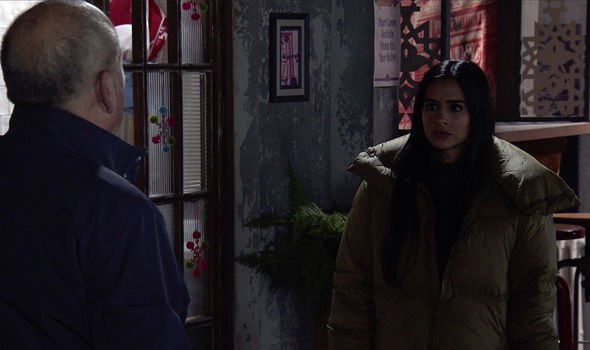 “I didn’t even realise that! Am I the only Nazir left on the street? I’m going to have to work on that name change, I think.

“I can’t be the last one standing!” added the star.

Could this be a clue Alya and Ryan will be set to marry in the months to come?

Ryan has proved to be a huge support to Alya as she has tried to navigate her way through some very difficult circumstances.

And with their romance having stayed strong, it wouldn’t be out of the question the pair might start thinking about their future together more long-term.

Sair went on to divulge what was next for Alya and the storyline surrounding her beloved relative.

She continued: “That’s the beauty of Coronation Street, it’s been here for 60 years and it’s not like any other drama.

“Where you do get that beginning, middle and an end to a very neat story, it’s a continuing drama, it never ends.

“So the possibilities are endless, I’m really looking forward to what might be next for us!”

The star also teased some more “mature” storylines for her character after having been on the programme for over six years.

Sair commented: “I’ve been on the show six and a half years now, I’m really excited as an actress to start telling different stories for my age group

“Something that isn’t out of high school and first love, these are going to be more mature storylines coming up for me, I hope.”

If you have been affected by Yasmeen’s storyline, visit Women’s Aid here or ring the National Domestic Abuse Helpline on 0808 2000 247.

Coronation Street airs Mondays,  Wednesdays and Fridays at 7:30pm and 8:30pm on ITV.