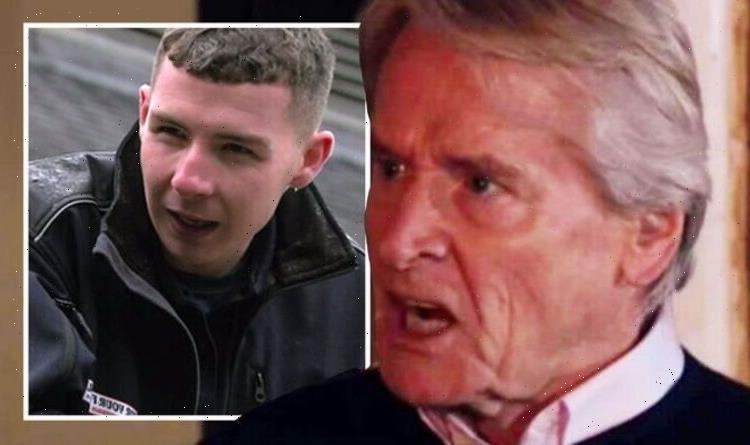 Ken (played by William Roache) is back on Coronation Street, according to official spoilers for next week’s episodes, as his granddaughter, Amy Barlow (Elle Mulvaney) turns to him for help. The youngster has been left with no choice but to leave her family home after her mother and father disapproved of her relationship with Jacob Hay (Jack James Ryan). However, the legendary ITV soap character could discover Amy’s boyfriend is using her as a pawn in an extremely dangerous game which could put the whole family at risk.

The drama continues in next week’s episodes of the weeknight serial drama as Amy believes her grandfather could take her side instead of Tracy Barlow (Kate Ford) and Steve McDonald (Simon Gregson).

Trying to be savvy, the youngster shows Ken a budget plan she has put together which shows she would be able to manage without the financial support of her parents.

Needing some funding though, she asks the legendary character if he would release the money her grandmother, Deirdre Barlow (Anne Kirkbride) put into a trust fund for her.

Knowing he admires someone who puts their education first, the teenager plays on the fact she is going to go to university to her grandfather.

Seeing the evidence in front of him, the soap veteran is ready and willing to transfer the money into Amy’s account as she is also now 18-years-old.

It’s not long before Ken tells Steve what he is planning to do for his granddaughter to help her with her future prospects.

Knowing Jacob is involved with this somehow, the former Rovers Return landlord implores his father-in-law to change his mind.

The legendary character will have a lot to think about but as he contemplates his decision, Steve continues with his vendetta to ensure Jacob is barred from everywhere on the cobbles.

When he discovers his friend, Dev Alahan (Jimmi Harkishin) has given his daughter a job at the kebab shop, the father of four loses it.

Storming around to see Dev, Steve tells him his daughter is now living with Jacob, the former drug dealer who ran his job from the chippy.

Jacob is trying to redeem himself

Amy will be left frustrated as she is being blocked at every avenue but someone who could be getting more irate is her boyfriend Jacob.

The former drug dealer could have been relying on Ken to release the trust fund money as it could emerge he is in dire straights.

Having cut ties with the drug gang, Jacob could owe them a huge amount of money which he doesn’t have in his possession at the moment.

Although he wasn’t going to use his girlfriend as a way of getting money at first, hearing how much she could have in the bank may have made him change his mind.

With Amy paying him to help with bills, he could have been planning on saving Deirdre’s money in another account to pay off his debts.

When Amy tells him her grandfather has changed his mind, the youngster could storm over to the Barlow household to confront the legendary character.

As the two men come to blows over the money, Jacob could reveal his secret to Ken, explaining he is having to pay for leaving the drug gang.

At first, the pensioner could be horrified to discover his granddaughter was being used as a pawn in an extremely dangerous game.

However, he could soon take pity on the teenager as he can see how much Jacob is trying to change his life around following the events of last year.

Changing his mind once again, the soap stalwart could tell the youngster he is going to release the funds but he will have a condition.

In the spirit of truth and honesty, Ken would want Jacob to tell his girlfriend all about his money troubles and the support he needs.

Jacob could agree to do so in order to keep the pensioner on his side but once he has the money in his possession, the youngster could go back on his word.

Ken would be shocked to discover Amy has handed over everything to her boyfriend, which is not what the pensioner could have wanted.

He would have thought some of the money would have been held back so his granddaughter could invest in her future.

Realising Amy has no idea about why her boyfriend really needed the money, Ken will confront Jacob again but will he manage to convince the youngster for a second time to confess his sins?

Or will Ken tells his granddaughter she needs to report Jacob to the police and he exposes the former drug dealer’s secret?

Speaking with Express.co.uk and other media, executive producer Iain MacLeod teases Jacob’s reintroduction onto the cobbles and hinted at the drama to come.

Iain said: “Jacob is trying to redeem himself. We discover things about how he arrived into the drug gang which will reframe people’s view of him and make you see him in a slightly different light.

“Jacob did some heinous things, but he’s mature enough to realise that he’s got some amends to make,” the soap boss explained.

So will this all come out as Ken presses for the truth from Jacob?