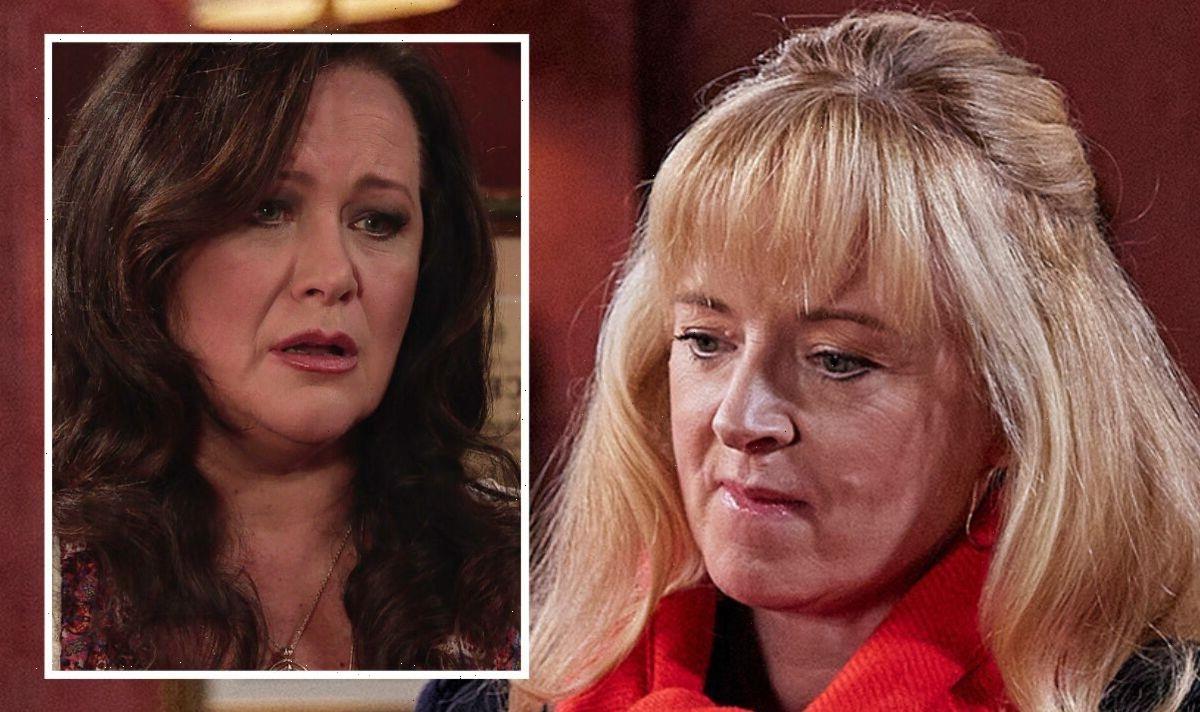 Coronation Street: Stephen lunges at Leo after being confronted

Jenny (played by Sally Ann Matthews) has worked hard over the last couple of years to regrow her relationship with stepdaughter Daisy Midgeley (Charlotte Jordan). The pair have recently formed a closer bond after Leo Thompkins (Joe Frost) stood Jenny up, or so she thought, and Daisy’s recent cancer scare. However, in upcoming scenes, Jenny is set to feel put out when Daisy’s birth mother Christina (Amy Robbins) rocks up to Weatherfield.

In upcoming scenes, Christina makes her arrival on the cobbles after learning from one of Daisy’s old school friends that she is tying the knot with Daniel Osbourne (Rob Mallard).

However, as Christina arrives and pleads with Daisy to make amends, the wannabe influencer refuses to give her the time of day.

Christina is also set to turn her attention to Jenny which will cause some rivalry between the pair, bringing out Jenny’s protective side.

Actress Amy recently teased the upcoming feud between the two maternal figures, and explained there is “instant rivalry”.

“It’s a really difficult set-up between the two of them, it’s electrically scary because Jenny’s a hell of a force to be reckoned with and so is Christina and I don’t think either of them are willing to back down.

“It’s all to do with the fact that they both really want Daisy’s attention, they want Daisy to love them. Both characters are basically fighting over her.

“It’s not very becoming for a pair of women in their 50s but the bottom line is that’s what it is. Terrible rivalry, really bad,” she told Metro.co.uk.

Another reason why the pair may clash heads is that Christina believes Jenny ran off with her husband and the reason their marriage broke down.

Defending her pride, Jenny will stand by the fact she believed the marriage was broken anyway.

Despite not speaking to her daughter for years and their relationship being strained, Christina is still proud of the life that Daisy has made for herself.

Amy explained Christina feels Daisy is living the life she never got to, but will her pride turn into jealousy?

Charlotte also recently opened up about the arrival of her distant mother, explaining their relationship is “fractured and distant”.

She told Express.co.uk and other press: “She hasn’t really had a relationship with her since she was extremely young.

“Because there’s been so many years, and because she is 26, it’s not something where she’s just like this ball of anger.

“It’s something where she’s just sort of accepted that this is a relationship and actually she’s just more of a nuisance because she sort of just pops up every now and then.

“She doesn’t give her much and always tends to want something from her and then just clears off so it’s more about ‘what do you want? Why are you here?’

“But yeah, I think it helps viewers for sure. It will help them understand why she is, you know, spiky sometimes.

“And why she does put up a front because she’s had a lot of things go wrong in her life really. Trust issues.”