Despite seemingly having one eye constantly on their phones, soap fans really do watch their favourite shows like hawks.

Tonight’s (December 3) Coronation Street was no exception, as viewers noticed a plot hole involving something white and watery… 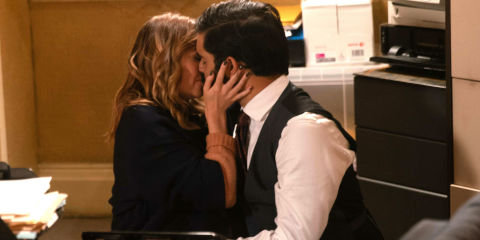 In a scene at Roy’s Rolls, Imran bought a white coffee (for £1.50, undercutting that local Costa – you keen businessman, Roy!). Later on in his office, he was on the phone about to put some almond milk into his coffee when he accidentally knocked it over.

You can see where this is going:

Why is Imran ordering a coffee that (we’re assuming) was made with cow’s milk, only to add almond milk to it later? Does he just like his coffee really weak and with two types of milk? Is the local Costa slashing its own prices in order to compete? Why doesn’t Imran just make his own coffee?

Elsewhere in tonight’s Corrie, Shona locked Nick and Leanne in the café so they could sort out their differences and they ended up kissing passionately.