Coronation Street‘s Sinead Tinker receives upsetting news later this month as she hears that her new friend Steff has died.

Sinead (Katie McGlynn) has recently bonded with fellow cancer patient Steff, who gave her some advice on alternative therapies.

Steff has breast cancer but gave up on chemotherapy after three rounds, going against the advice of the doctors.

Next week, Sinead is upset when Steff’s husband gets in touch and lets her know that his unwell wife now only has days left to live. 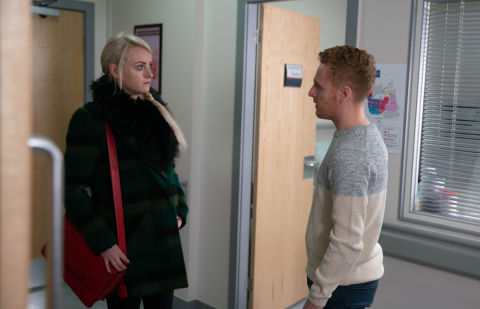 Scenes airing on Wednesday, December 12 then see Sinead left distraught when the news comes through that Steff has tragically passed away.

Steff’s death coincides with some worrying news for Sinead, who is told that her own cancer has spread after she stopped having chemotherapy.

Pregnant Sinead has been shunning traditional treatment in fear that it could harm her unborn baby, but her loved ones are hugely concerned when they find out she’s been lying to them.

Will Sinead now reconsider her recent decisions and resume her treatment at the hospital? 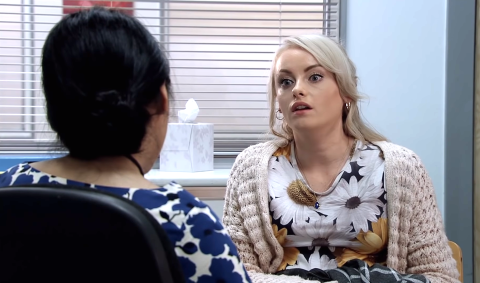 Coronation Street airs these scenes on Wednesday, December 12 at 7.30pm and 8.30pm on ITV.

Amid brewing controversy, “The Bachelor” host Chris Harrison is set to have his moment in the hot seat with Michael...