Pawel Pawlikowski was 14 when he left Poland with his mother to live in England, nearly 40 years ago. Since then, he has lived in Germany and France, moved back to England, married, raised children, been widowed and married again; meanwhile, Poland has been convulsed by the end of communism, an eruption of democracy wracked by corruption and, most recently, the rise of a populist government with recognisably fascist inclinations. A lot of life, in short, has gone by.

At 61, Pawlikowski could reasonably be considering retirement from being a British director, mostly of documentaries but also of award-winning features such as Summer of Love (2004), which launched Emily Blunt. Instead, he has moved back to Warsaw and embarked on a second creative life, making Polish-language films that draw on his family history. First came Ida, about a Catholic nun who discovers that her family was Jewish, which won the Academy Award as best foreign film in 2015. Now there is Cold War, which draws heavily on the real story of his parents' tumultuous marriage to explore the experience of exile, political oppression and the power of music along with the agony of doomed romance. 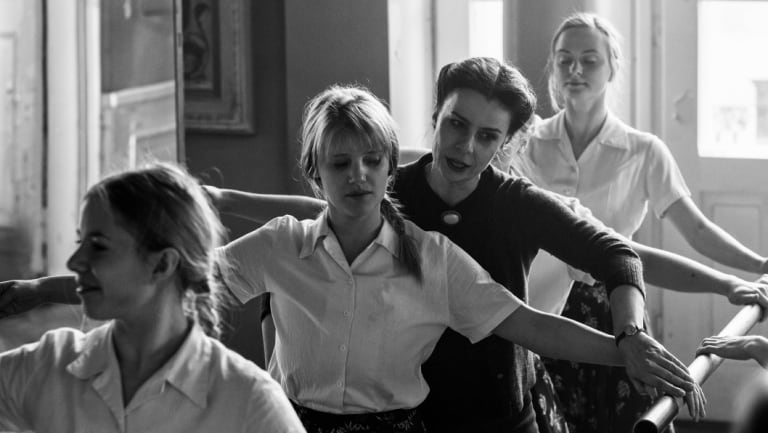 The film Cold War is told as a series of episodes spread over 15 years.Credit:Palace Films

Pawlikowski's father Wiktor was a doctor whose mother died in Auschwitz, a terrible truth Pawlikowski learned in adulthood and which became the starting point for Ida. His mother Zula was a ballet dancer who had run away from home. She was only 17 when they met. "My mother was energetic and fidgety and maybe unbalanced," he says. The couple quarrelled, split, came together again and ran off with other people. "But they did die together, happily in love finally after 40 years of divorces and moving countries."

He has given the characters in Cold War his parents' names and destructive relationship, but different lives. The story is told as a series of episodes spread over 15 years. In the first, Wiktor (Tomasz Kot) is the director of a new performing arts group dedicated to traditional Polish folk music and is looking for young singers from remote places. Zula (Joanna Kulig) auditions. She is something of an imposter, coming from the city, but Wiktor is enthralled by her and casts her in starring roles. They soon become lovers. She also regularly informs on him to the school's administrator, a party appointee. This is 1950s Poland, after all: the personal is inevitably political.

That is certainly true of the folk music enterprise, which is based on a real troupe called the Mazowske founded in 1949 by a couple of musicologists. "That was a pure and idealistic project to start with, but very quickly it was co-opted by the Stalinist ministry of culture to present national popular art as opposed to decadent jazz and 12-tone music that came by the West," says Pawlikowski. "I show all these things almost by the way. It is rich territory of course and, in addition, the music is actually quite beautiful."

Cold War is full of music, in fact. Wiktor defects and becomes a jazz pianist in Paris; when Zula re-enters his life, he tries to turn her into a torch singer. As their relationship becomes more discordant, they visit a bar where Rock Around the Clock suddenly blasts out, a joyful clarion call to a new era. It takes only moments before Zula is up on the bar, ready to twist the night away, while Wiktor stares morosely into the bottom of his glass. It is as if the world provides a score to their lives.

When he was younger, says Pawlikowski, the tumult of his parents' marriage – the fights, the divorces, the discovery that the unknown man in the house was his mother's new husband – was merely maddening. It was only in1989, when they died just before the Berlin Wall fell, that he came to see their story as a great romance. "Then I thought 'God what a couple, what a love story!'. That after 40 years of all that, they were the most loving, tender couple, too tired to fight. They had this history together – and having history together is a huge thing."

He didn't feel he had the tools to tell their story, however, until he had made Ida. Like Cold War, it was shot in black and white and had an elliptical narrative that required audiences to fill in time gaps for themselves. He knew that could work. "But the reason I felt like telling it is possibly because I've reached a moment when I look back more than I look around or forward," says Pawlikowski. "Through these characters we connect to all sorts of other things. The shadows of nostalgia for a Poland of a certain kind and also for a world, the pre-digital world, where people could fall in love and stick with it through all sorts of historical catastrophes, you know, a world before this kind of multiple-choice consumer approach to life."

Of course, he says, this has to do with his age. "And with returning to Poland, exploring where I come from." Warsaw, he said recently, is "the city I’ve never really left in my head". Even during the British phase of his life, when he was making documentaries for the BBC, he was always drawn to Eastern European subjects. "I found the historical environment there, just the sense of history and forces that clashed – religion, nationalism – added another dimension to every story you touched. And when I started location scouting for Ida, staying in Warsaw, I realised I was very much at home there. The decision to stay was suddenly very easy." 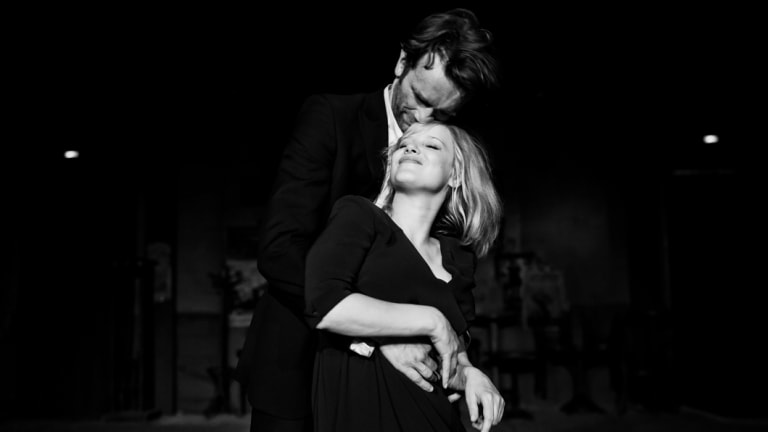 Wiktor and Zula have thus gone back across the Iron Curtain, at least in spirit, for the last time. Since making Ida, Pawlikowski has been accused by the government of making films that undermine Poland, which has made him, like his parents, a kind of dissident. It might seem an odd time to claim the right of return, but he says resistance is stronger than it looks from outside. "It's very much alive, you know," he says. "The civic society is very strong. I find it inspiring."

Cold War is in cinemas on December 26.