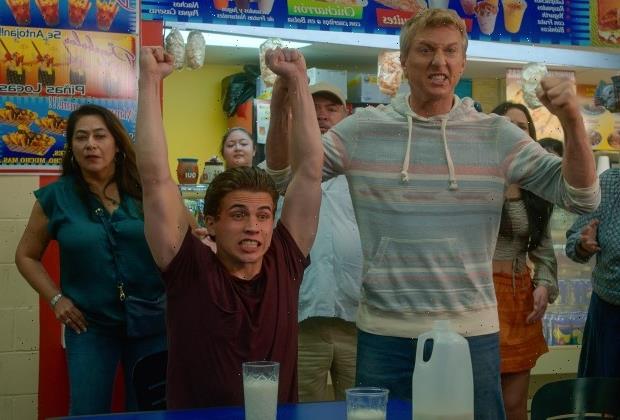 Netflix is ringing the bell on Cobra Kai: The karate dramedy has been renewed for Season 6 — which will be its last — the streamer announced Friday.

Despite what series creators Josh Heald, Jon Hurwitz and Hayden Schlossberg call “bittersweet” news, they did tease a possible continuation of the franchise “down the line.”

“Reacquainting the world with the Karate Kid universe has been our humble honor,” the creators said in a letter penned to fans. “It has enabled us to play sensei, expanding the original storylines and birthing a new generation of underdogs. We’ve never once taken this opportunity for granted.

“Our Day 1 goal with Cobra Kai has always been to end it on our terms, leaving the Valley in the time and place we’ve always imagined. While this may be a bittersweet day for the fandom, the Miyagiverse has never been stronger… We hope to be telling more Karate Kid stories with you down the line because as we all know: Cobra Kai never dies.”

In a conversation with TVLine in 2021, Schlossberg hinted that a potential spinoff could, in fact, be in the cards.

“Every permutation of spinoff or deep-dive crosses our minds,” he said at the time. “It all has to be the right thing, and it has to be the same level of quality that Cobra Kai is. Our minds are always thinking Karate Kid, so that possibility is definitely out there.”

Cobra Kai debuted its 10-episode Season 5 on Sept. 9. In that season, Terry Silver’s (Thomas Ian Griffith) plans to expand his Cobra Kai empire came to fruition, as the sensei’s “No Mercy” style of karate began being taught all across the valley. With Johnny Lawrence (William Zabka) having set karate (temporarily) aside to focus on repairing the damage he’s caused, Daniel LaRusso (Ralph Macchio) called on an old friend for help — former adversary Chozen Toguchi (Yuji Okumoto). (Read our finale post mortem here.)

TVLine’s Streaming Renewal Scorecard has been updated to reflect the news. Will you be rejoining the dojos for their final fight? Let us know in the comments.