“It fell completely flat, and I apologize for that,” Cramer says about “Crazy Nancy” remark 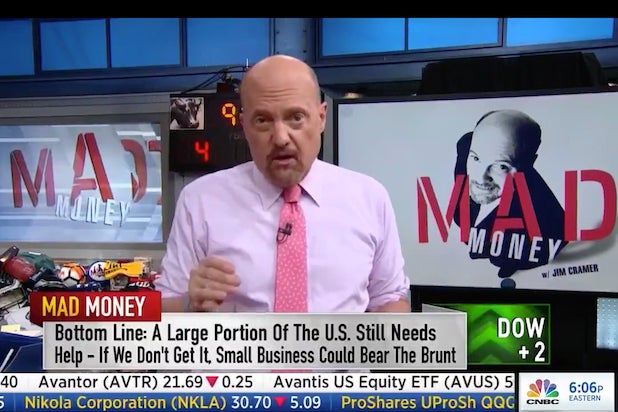 “I made a very stupid comment,” Cramer said during Tuesday night’s “Mad Money.” “It was a tongue-in-cheek attempt to make a point about the harsh tone of the negotiations in Washington, but it fell completely flat, and I apologize for that. As I said immediately after the comment, I want to make it clear that I have an incredible amount of respect for both the speaker and, of course, the office she holds.”

The comment in question took place during a “Squawk on the Street” interview about the new round of coronavirus stimulus legislation being negotiated over in Congress.

“I mean, what deal can we have, Crazy Nancy?” Cramer said, referencing the moniker the president frequently uses for Pelosi. The CNBC host then quickly added, “I’m sorry. That was the president. I have such reverence for the office. I would never use that term, but it is hard.”

Cramer later defended himself in several tweets after clips of the interview circulated on social media, writing that “the point was to show how horrendous it is that the president calls her [“Crazy Nancy”]” and that the moniker “disgusts” him.