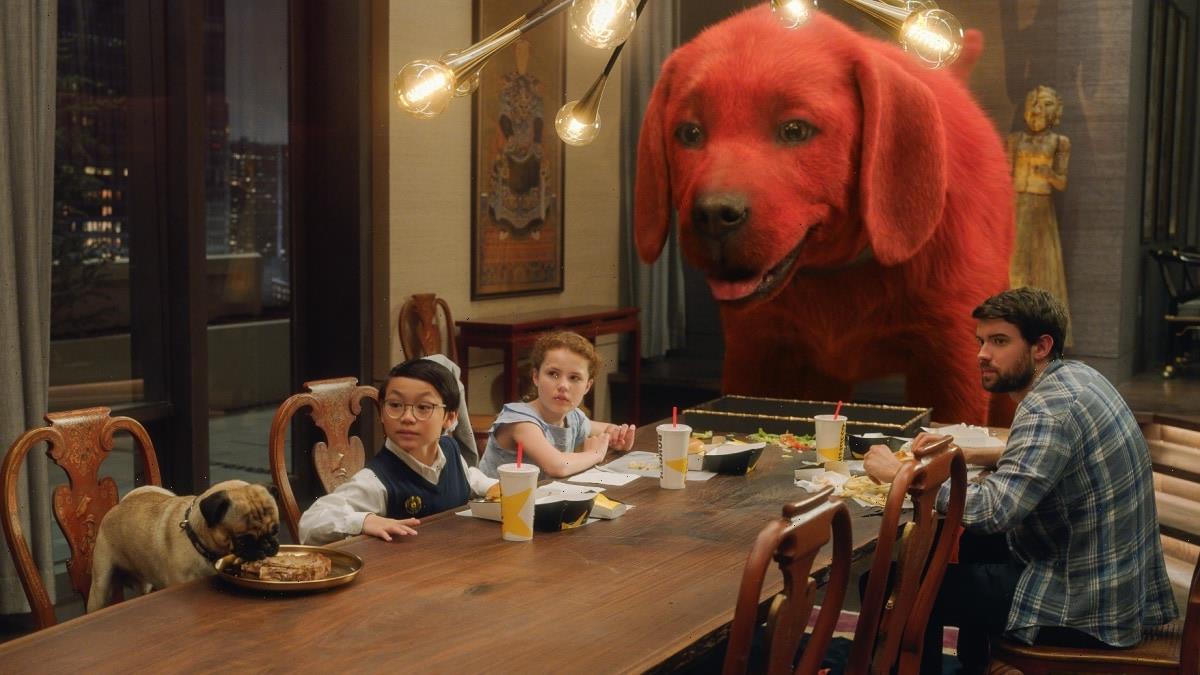 Given the current accusations against co-star Horatio Sanz, his presence in a children’s movie seems, at the very least, off-putting 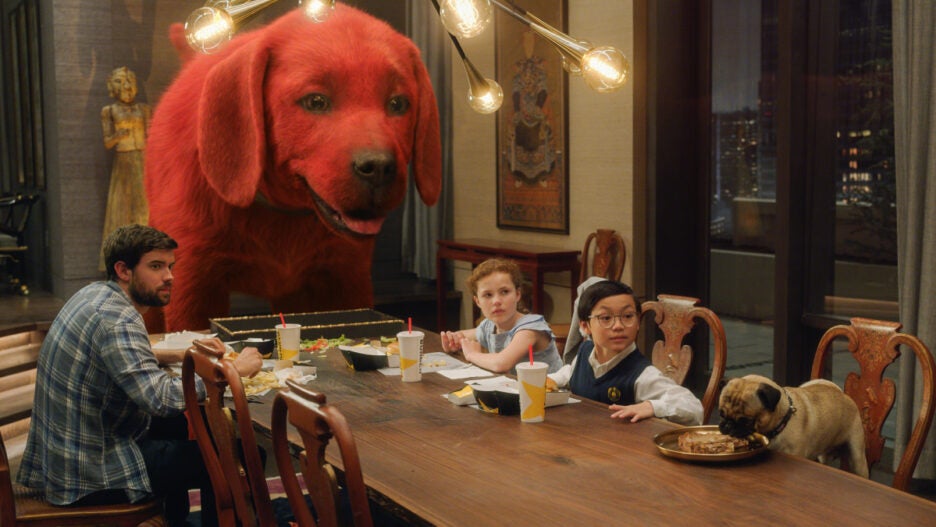 There are two very different movies fighting for alpha status within “Clifford the Big Red Dog.” The first is aimed at kids under 10, and it’s pretty cute and fun, albeit very simplistic. The other, however, is the one anyone over 14 or so watches, and that one is messy, exaggerated, and problematic with the appearance of a co-star who is currently accused of sexually assaulting a minor.

Unfortunately, as a parent of a teenage daughter, the image that sits in my mind, as I watch the story of a tween-age little girl and the adorable red puppy she falls in love with, is one of constant concern for the child star, no matter how many giggles my little niece had whenever the titular red pup would appear.

The story of “Clifford the Big Red Dog” calls to mind Disney movies of the past — slightly over the top, funny in a basic and kid-friendly way, with a relatable protagonist. In this case, it’s Emily Elizabeth (Darby Camp, “Big Little Lies”), and her adorable animal companion Clifford. Emily doesn’t fit into her elite private school: The kids call her “food stamp” because she is on a scholarship, and she lives with her affable and hard-working single mom Maggie (Sienna Guillory). When Maggie has to go on a business trip, and child care is not immediately available, she’s forced to ask her younger, well-meaning, but injudicious brother Casey (Jack Whitehall, “Jungle Cruise”) to babysit. Naturally, things go haywire.

Emily and Uncle Casey meet normal-puppy-sized Clifford at an animal rescue run by Mr. Bridwell (named for the author of the original books, and played byJohn Cleese). Unbeknownst to them, Clifford jumps into Emily’s backpack and goes home with them, a discovery that delights Emily later that evening. Soon, Clifford transforms into a very big red dog with no explanation, attracting the attention not only of fellow New Yorkers but also greedy tech entrepreneur Tieran (Tony Hale), who is trying to super-size animals and other organic matter to increase the food supply of the world and sees Clifford as his goldmine. Chaos ensues, a lot of cute trouble is caused by the giant red dog and his companion, and good faces down evil and wins.

Director Walt Becker (“Alvin and the Chipmunks: The Road Chip”) relies on a nostalgic interpretation of what a family film is supposed to look like and leans into that a bit too much. While Clifford is definitely cute, the script (screenplay and story are credited to five writers) lacks any depth, relying upon Whitehall to carry and deliver the comedy — so much so that Casey feels simultaneously exaggerated and two-dimensional.

By the end of the film, I was annoyed with his character and the film’s overall sophomoric humor; I also found myself wondering why, yet again, in a very diverse New York City, our protagonists are all white, while the non-leads and cameos are populated by people of color. Several other notable talents appear throughout, including David Alan Grier, Paul Rodriguez, and Kenan Thompson, and they’re all are much funnier in their respective few minutes than Whitehall winds up being over the entire running time. Whitehall seems to be impersonating Jason Lee in “Alvin and the Chipmunks” crossed Zachary Levi in “Shazam!”, and it just doesn’t work.

All of which leads to the Horatio Sanz of it all. It’s obvious the film is trying to put some space between the production and the accused comedian, going as far as to remove his name from the Rotten Tomatoes page for the film. His part turns out be inessential, which leads to the question of why a movie that can CGI in a giant red dog can’t also cut or CGI Sanz out. (Ridley Scott, you may recall, replaced Kevin Spacey in “All the Money in the World” mere weeks before that film opened.) Each time Sanz appeared on the screen, I cringed and was horrified that children will, from now on, associate him with an adorable red dog, and I just couldn’t get that out of my head.

So is “Clifford the Big Red Dog” cute enough for the littles to watch and for parents to enjoy at a basic level? Sure. But it will all depend on how much you’re willing to excuse the filmmakers — audiences can forgive a juvenile script, but not removing an accused pedophile from a children’s film? That’s unforgivable.

“Clifford the Big Red Dog” opens in US theaters and on Paramount+ Nov. 10.