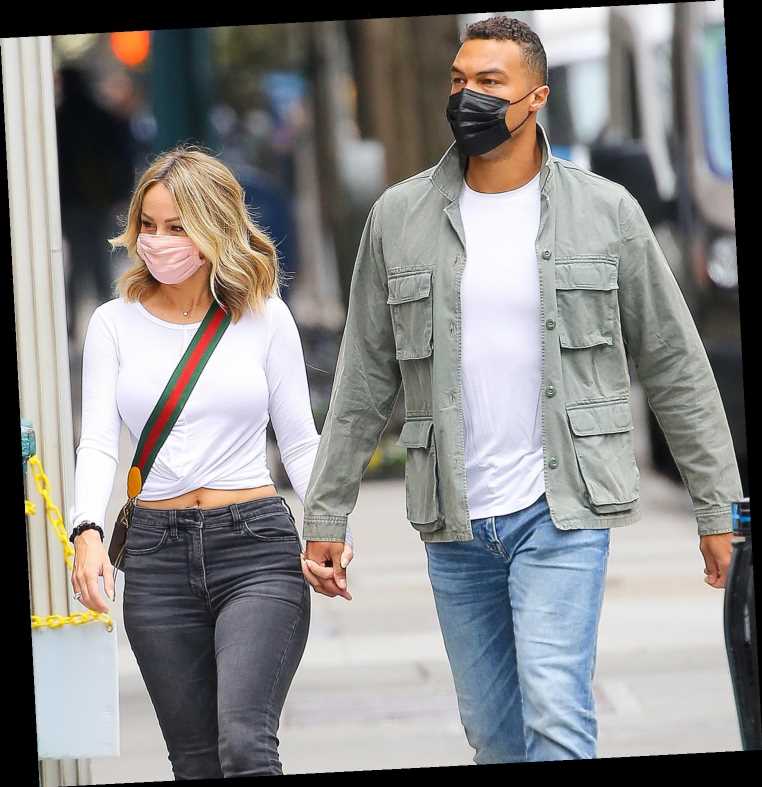 Clare Crawley and Dale Moss are back hand-in-hand after breaking up in January.

It came as Moss, 32, appeared to make their reconciliation Instagram official, posting a mirror selfie with Crawley, 40, to his story. "Selfie skills on 💯," he wrote.

The couple held hands during the outing, which included a coffee run and a boat trip that took them past the Statue of Liberty, documented on their stories. They also appeared to do some apartment hunting, as Crawley posted a video from a vacant sun-soaked listing with a perfect view of the Empire State Building.

The couple called it quits in January, after they got engaged last summer, just two weeks into filming their season of The Bachelorette. Tayshia Adams stepped in to replace Crawley for the remainder of the season. Moss wrote in a statement at the time of their split, "We appreciate the love and support we've received from so many people, but this is the healthiest decision for both of us at this time." A source told PEOPLE that the former college football player did "have feelings for Clare" but he "wasn't ready for marriage and kids."

Crawley broke her silence about the split days after, claiming she only learned about the split with his Instagram post. "Speaking for myself, my intentions with this relationship have always been very clear, so the truth is I am crushed," she wrote on Instagram.

"Dale and Clare love and care for one another deeply, they always have and will," the insider added. "They are enjoying spending time together and are taking things slowly."