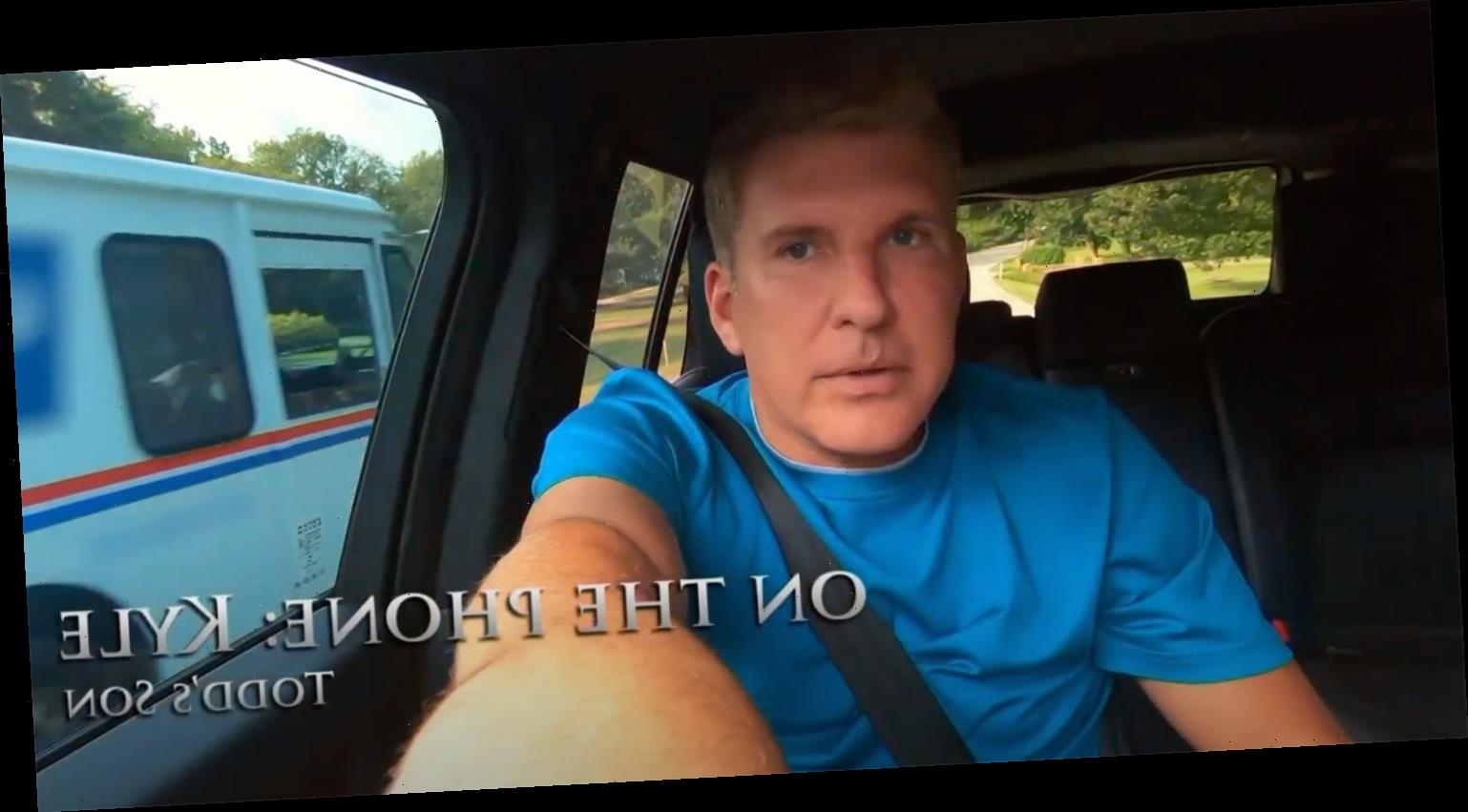 Todd Chrisley is opening up his heart to a possible reconciliation.

In a PEOPLE exclusive clip of Thursday's Chrisley Knows Best, Todd's eldest son Kyle makes a return. While Todd and his wife Julie are driving in the car, he receives a call from Kyle, whose relationship with his dad has been up and down for years due his addiction struggles.

"Hey, this is Kyle," says the 29-year-old. "I just wanted to reach out because I'd really like to see you."

"Love you," responds Kyle, whose biological daughter Chloe is under the care of Todd and Julie. After the pair hangs up, Julie asks her husband if he feels ready "to open the door to Kyle again."

"I want that because you know every day that's lost is a day that you don't ever get back," Todd says. "I want to see him, but I'm not diving all in just to be hurt again."

Julie, 48, encourages him: "I think that you have to do what you feel in your heart what's the right thing." "I was expecting Kyle to call because my mother said she had given him my number, but expecting someone to call and then someone actually calling is a whole different thing," Todd says during a confessional. "And I'm not going to lie, hearing Kyle's voice over the phone, it causes me to become very emotional."

Adds Julie: "Just because you knew it was coming doesn't make it any less hard." His upcoming interaction with Todd on the series comes more than a year after the father and son opened up about Kyle's hospitalization in 2019, revealing that a suicide attempt was what landed him in the hospital.

"I take medication and I had a bad side effect to it and I tried to take my own life," Kyle revealed in the episode. "With the meds, I got all kinds of crazy thinking going on."

"Well, I think some of the medications they put you on — that you had not been on — one of the side effects is suicidal tendencies and we're now off of that," Todd chimed in, to which Kyle confirmed, "Yes, we're off of that."

Around the same time — following Todd and Julie's tax indictment — Kyle, who had long been estranged from Todd, said that is no longer the case and denied previous claims he made about his father's taxes, saying that he was lying because of a drug addiction.

"I've seen all the stories about my dad's indictment all over the internet," Kyle said in a Facebook post. "I know the interview I did bashing my dad OVER A YEAR AGO is being shared on social media. Honestly, I'm tired of it. You guys don't have the facts and I need to set the record straight once and for all." "Everything I said in my interview was a lie," Kyle said, referencing a 2017 interview with Good Morning America in which he said Todd bragged about not having to pay taxes. "These allegations against my dad are all LIES!"

Kyle explained that he was sober and had been able to mend his damaged relationship with his family at the time.

"My mom [Julie Chrisley] and dad raised me," he continued. "I haven't been the best dad to Chloe [whom his parents are now raising], I've had a problem with drugs, I've acted completely ridiculous and through all that they have stood by my side. 9 months ago I went to my dad with an apology. His words were 'I love you always, and you are forgiven' and just like that I was welcomed back into his life with open arms. I will be forever grateful for his love [and] graciousness."

Kyle said in his post that the guilt he feels for speaking ill of Todd is "indescribable."

"I can't take it back so I'm telling you now, with a clear mind, my mom and dad have done nothing wrong!" he said. "Today, I am sober. I am working, and I am at a good place in my life. I just want to fix what I've done wrong so that I am able to forgive myself."

If you or someone you know is considering suicide, please contact the National Suicide Prevention Lifeline at 1-800-273-TALK (8255), text "home" to the Crisis Text Line at 741-741 or go to suicidepreventionlifeline.org.