The hashtag "ripchrismoyles" was trending on Twitter this morning after the DJ's Wikipedia page was edited to say he had died. 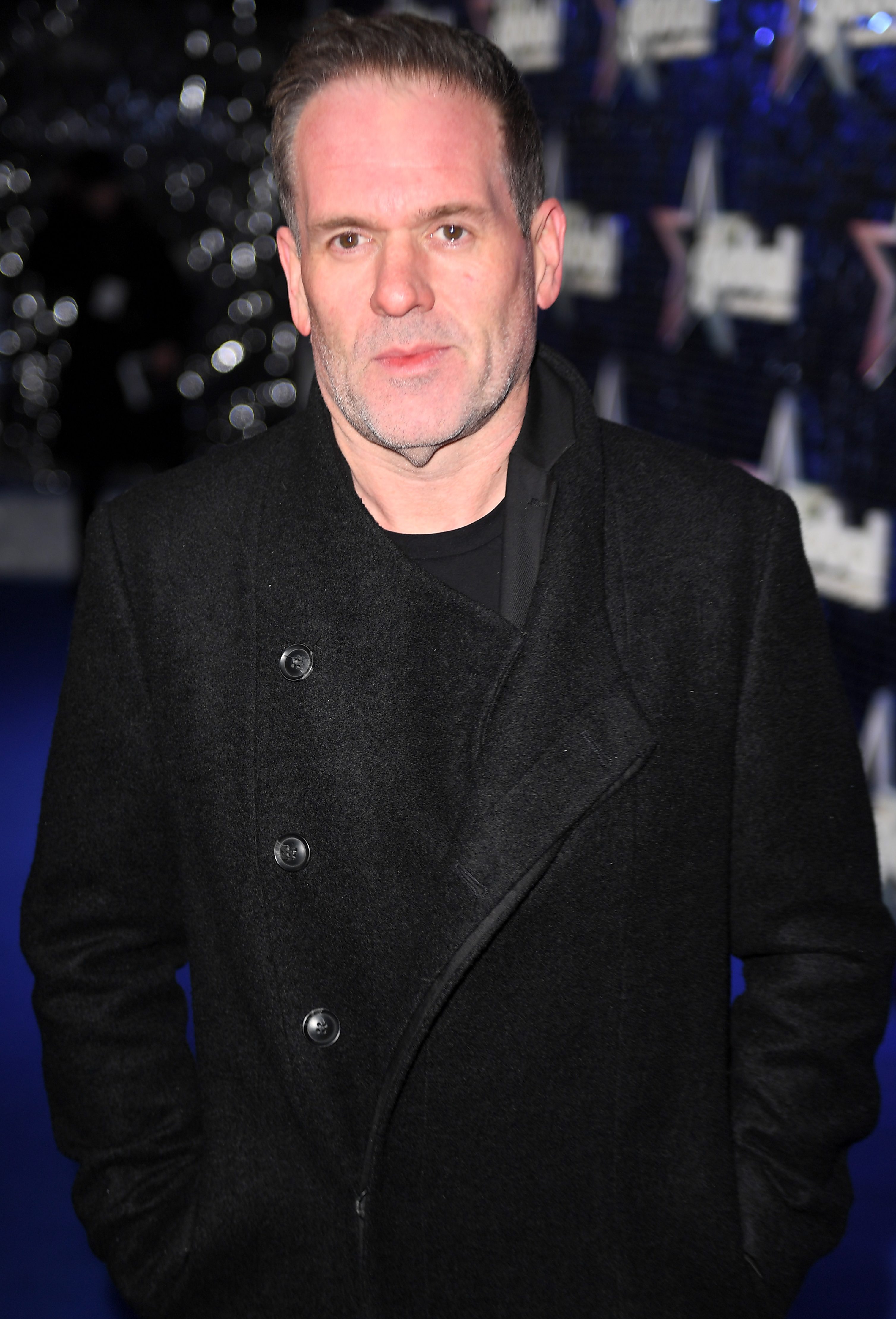 It read: "Died in an aubergine related incident while screaming 'absolutely fantastic'."

In response, the 45-year-old star, who was presenting his Radio X Breakfast Show, shared a simple tweet disspelling the rumours.

The new hashtag then began trending as fans breathed a sigh of relief. 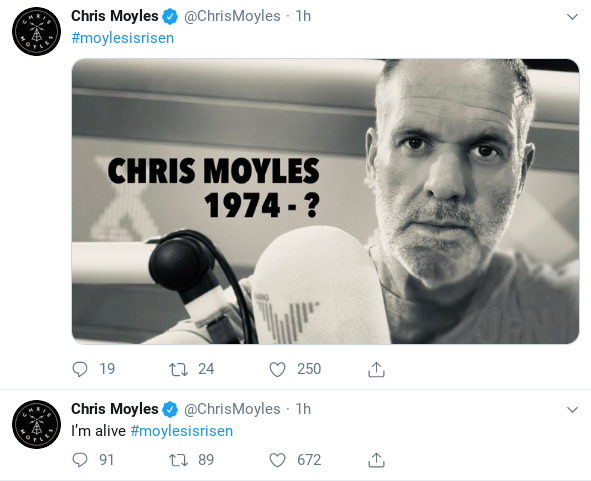 The social media site was awash with comments commiserating Chris as well as countless jokes from those who knew it was a prank.

One shared: "Such a tragic accident. May you rest in aubergine heaven. #ripchrismoyles."

Someone taken in by the rumour shared a picture with the star and said: "Had the pleasure of meeting @ChrisMoyles at a charity do once. He was surprisingly down to earth, and VERY funny. Sending thoughts and prayers." 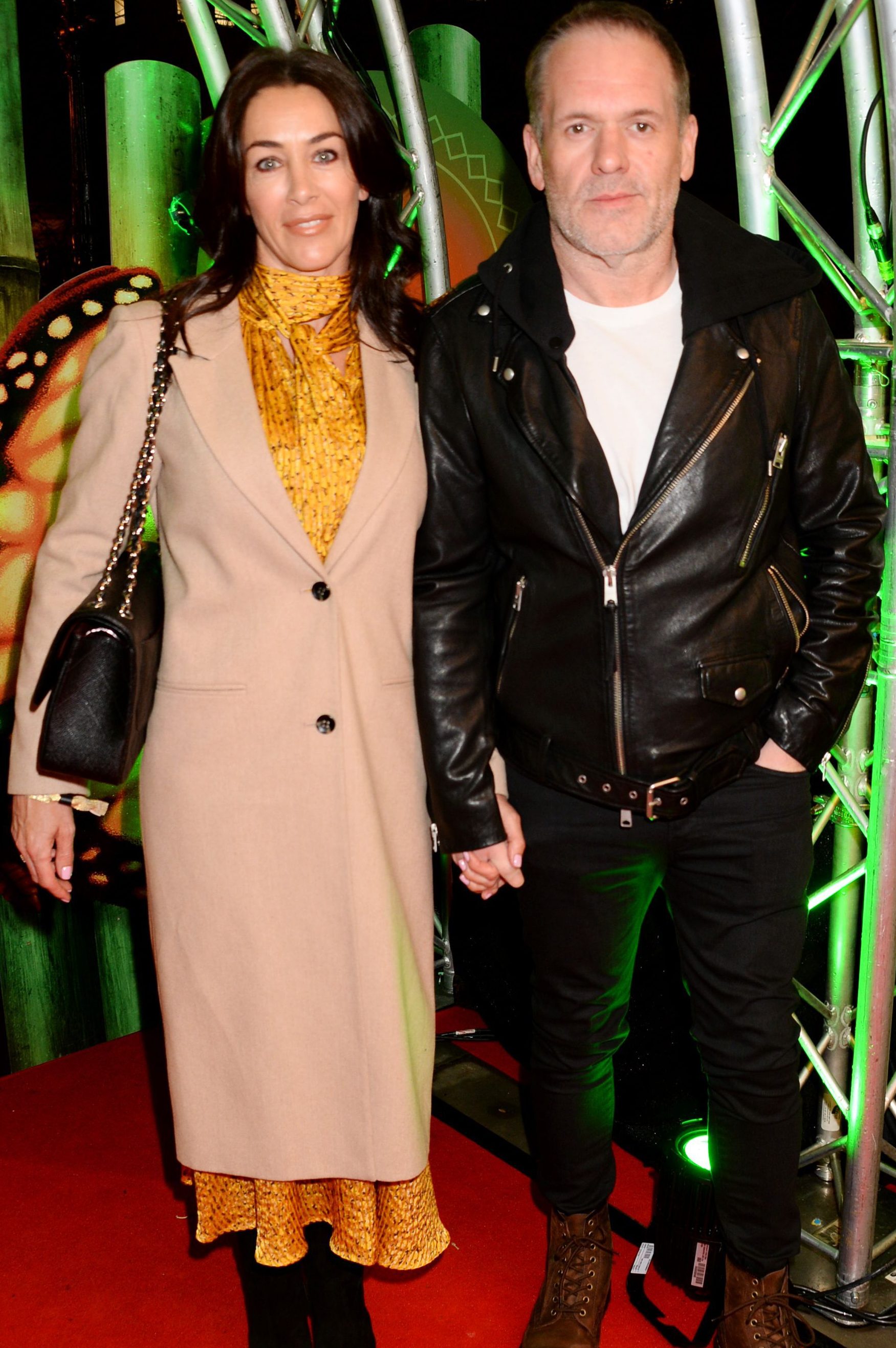 A third joked: "Chris dies and still continues the breakfast show on @RadioX What a trooper! #ripchrismoyles."

While another was frantically trying to establish the truth, sharing: "Is this true?! It’s not on the news #ripchrismoyles."

The star previously dropped an impressive five stone after dramatically changing his lifestyle.

After shedding the weight, he told The Sun: "I don’t know what I used to think when I looked in the mirror when I was at my worst.

“Now if I go out on a Friday or Saturday and have a few beers, I can see that I’m bloating in the mirror on Sunday.”

He was formerly the Radio One Breakfast Show host before being replaced by Nick Grimshaw in 2012.