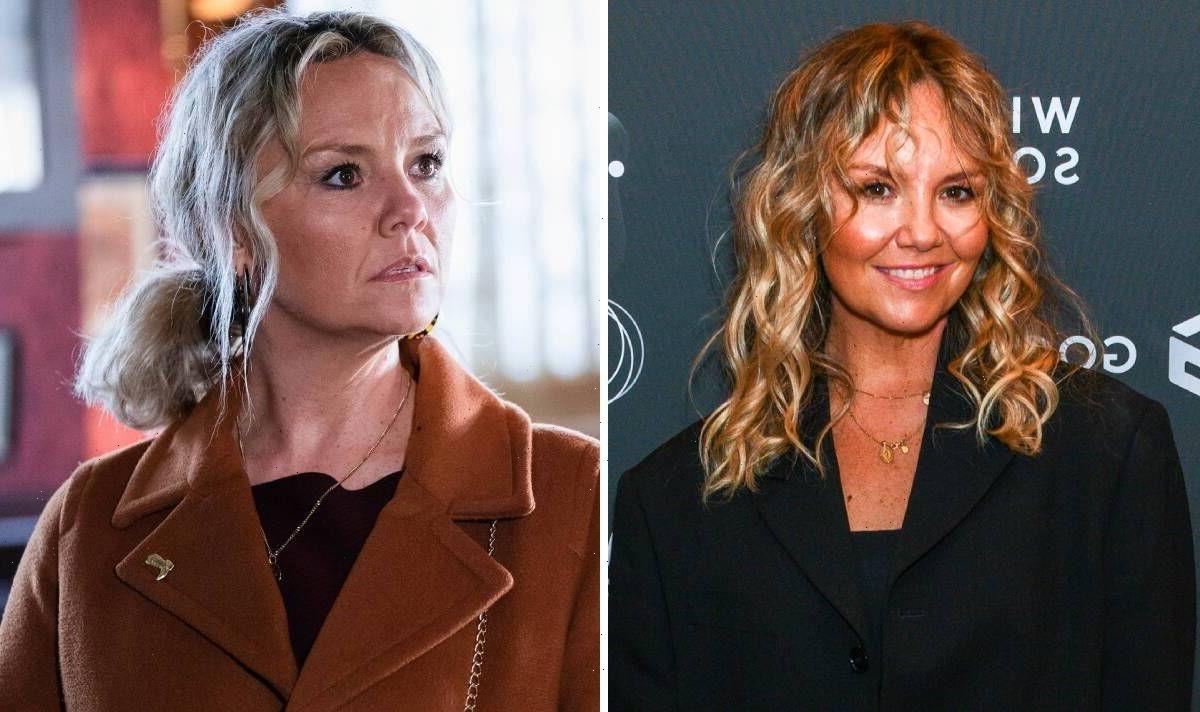 Actress Charlie Brooks is behind the troublesome Janine Butcher, an iconic villain in EastEnders who always has an ulterior motive and a devilish plan or two up her sleeve. She was last seen eight years ago, after she managed to get away with the murder of her husband Michael Moon (played by Steve John Shepherd). Janine left with her newborn daughter Scarlett Butcher (Tabitha Byron), with the mother-daughter duo making an unexpected comeback last year.

It has been a turbulent time in Walford thanks to Janine who has caused plenty of drama for her neighbours.

She is now gearing up to marry Queen Vic landlord Mick Carter (Danny Dyer), having done everything in her power to keep him away from his ex-wife and true love Linda Carter (Kellie Bright).

Their wedding day is approaching and Janine is still worried that Linda will stop their happily ever after in its tracks.

So what lengths will she go to in order to bring Mick and Linda’s love story to a close for good?

Why is Charlie Brooks leaving EastEnders as Janine Butcher?

Actress Charlie Brooks has been in EastEnders on and off for decades, working on other projects in between her stints in the BBC soap.

Her 18-month contract for her latest reappearance has come to an end and Brooks has decided not to have it renewed.

Janine’s initial storyline saw her move to Albert Square to be closer to her daughter Scarlett Butcher who was taken away by social services.

Brooks was only meant to stay in EastEnders this time around for one year but opted in to extend her time in the show.

Explaining her contract, Brooks said: “I was only ever due back to EastEnders for a year, but when [executive producer] Chris Clenshaw presented me with his idea for the story, I couldn’t say no to staying a little longer.

“I’ve had an amazing time, as I always do when I go back.

“But as always with Janine, she probably should not outstay her welcome — for everyone’s sake.”

Already, Brooks has more work in the pipeline, once she leaves her time as Janine behind.

She will be returning to the stage to take on the role of Ursula in the National Theatre’s production of The Ocean at the End of the Lane.

The play, which is based on the book of the same name by author Neil Gaiman, will begin performances in December and continue until September 2023.

Brooks is going to be starring in her part as Ursula until June next year.

She will be travelling around the UK during the tour, including Salford, Edinburgh, Dublin, Wimbledon and Cardiff.

As of yet, it isn’t clear how Janine will be making her exit from the BBC soap.

Her and Mick are due to get married but the stars have been spotted filming a car accident which sees a vehicle falling off a cliff and into the sea.

Will Janine be killed off or is her husband-to-be going to die as actor Danny Dyer is also leaving EastEnders?

EastEnders is available to watch on BBC One and BBC iPlayer.