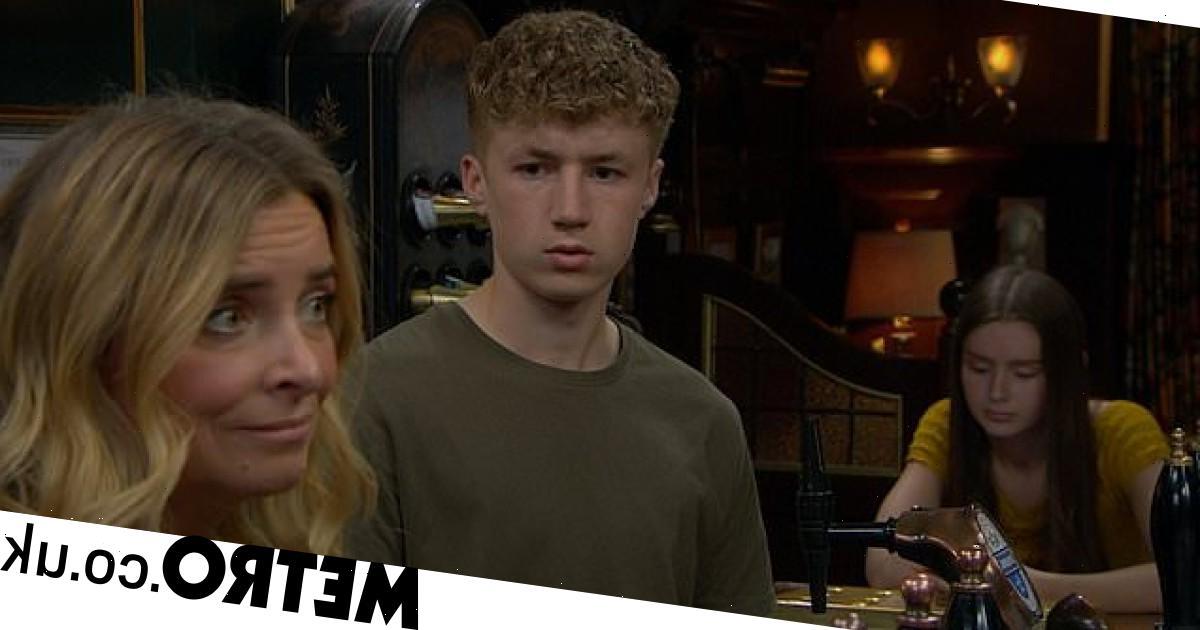 Charity Dingle’s (Emma Atkins) feisty nature is set to pop out again, with Dan (Liam Fox) finding himself on the receiving end of a lecture, a new Emmerdale video shows.

Following his release from prison, Charity has given Noah (Jack Downham) a job behind the bar at the Woolpack, determined for the rest of the village to see that he is getting his life back on track.

Noah was sent to prison for harassment earlier this year after Charity reported him for stalking Chloe (Jessie Elland).

However, the peace doesn’t last long, as Dan enters for a quiet pint. Quiet is not the way things stay though, as he makes a quip about Noah, much to Charity’s dismay.

Making her feelings clear, she lectures Dan about keeping his opinions to himself, revealing that Noah has been a good friend to his daughter, Amelia (Daisy Campbell). 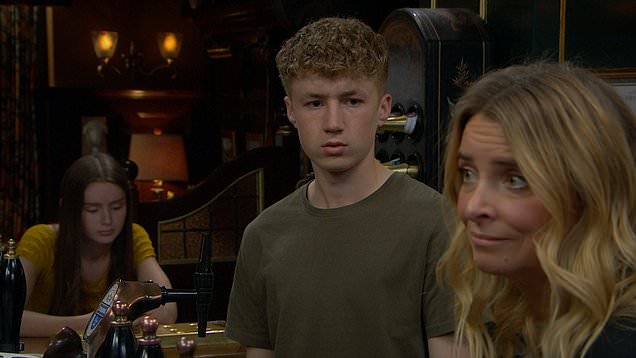 With Dan still none the wiser about Amelia’s pregnancy, Noah quickly pulls Charity aside in an attempt to keep things on the downlow.

He tells her to ‘rise above’ Dan’s jibes to keep the peace and protect Amelia’s secret.

Will Charity take her sons’ advice, or will poor Amelia face the consequences of Charity’s outburst?