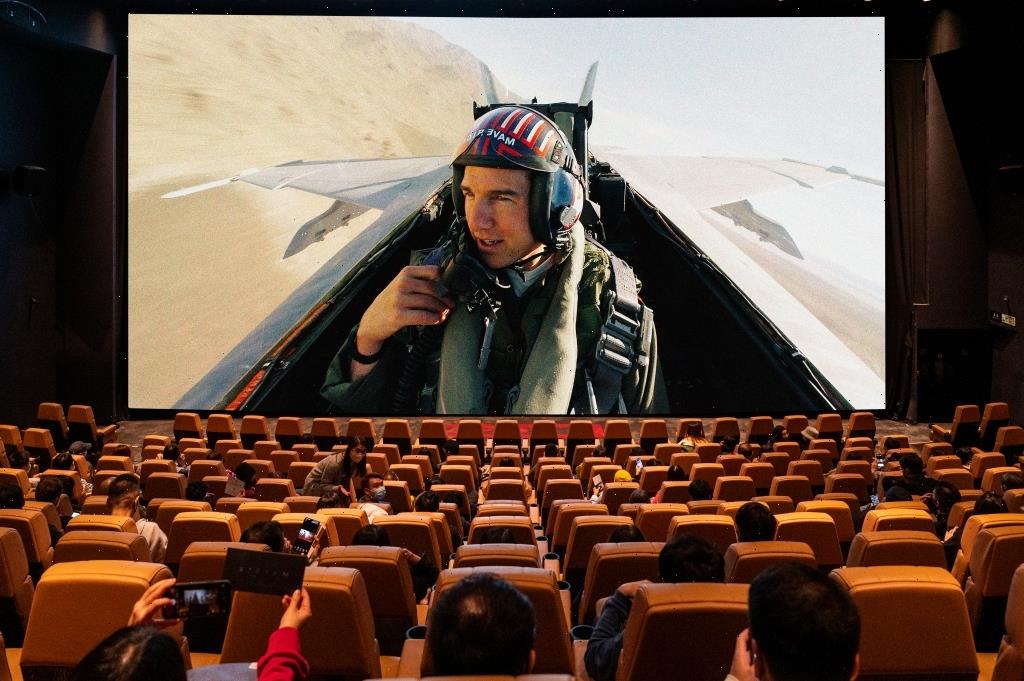 Yes, exhibitors, it is cold out there.

Despite a 91% rebound in the annual summer domestic box office, from $1.755 billion in 2021 to $3.35 billion per Comscore (that’s through Aug. 30), and a 90% explosion in admissions for the May-Labor Day period per EntTelligence, from 153M to 291M over the same period, some feel the need to throw shade and question the overall health of the theatrical business.

And coming off the lowest weekend of this summer at $53.3M as the industry braces for a month-and-a-half dry spell sans tentpoles just creates more sweat. 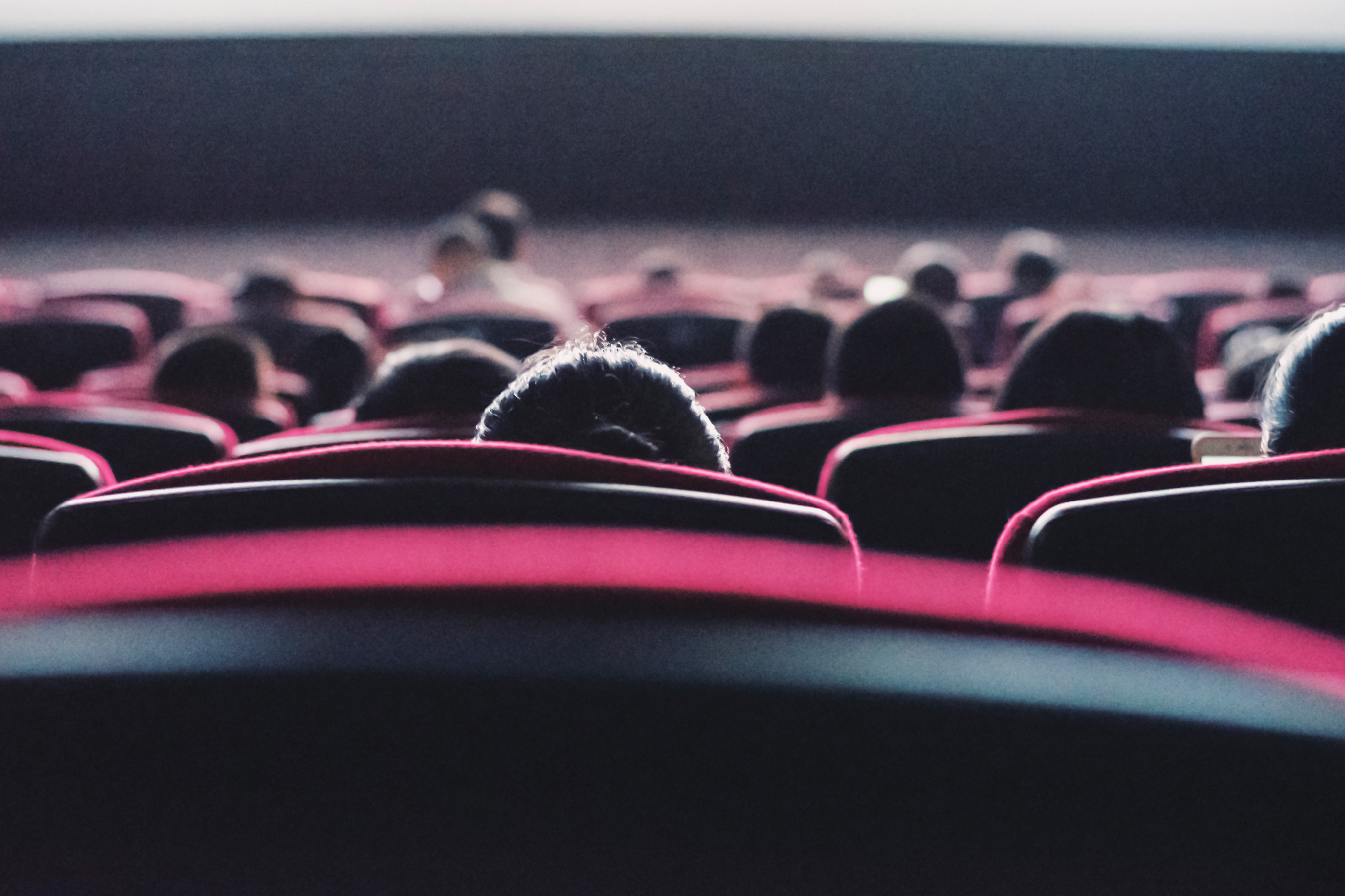 The easy blame is the lack of wide release inventory which at 102 estimated titles this year is down from 2019’s pre-pandemic 143 titles for pics booked during their first weekend in 1,000-plus locations. Currently there’s 84 wide releases scheduled for 2023 on Comscore, but more can easily get added — or even subtracted.

Cried one cinema dine chain boss to us recently about Shazam: Fury of the Gods leaving the Christmas period for March 17 next year (as Warners looks to get extra juice from Imax screens), “A move like that has a top to bottom effect. How do I explain to an employee at one of my theaters they’re not getting hours during that holiday week because there’s less traffic? That’s a $3 million loss to my chain. Having a potential $200M grossing movie no longer available in the marketplace, that’s 25% less business on that title for AMC, 17% less for Cinemark.” 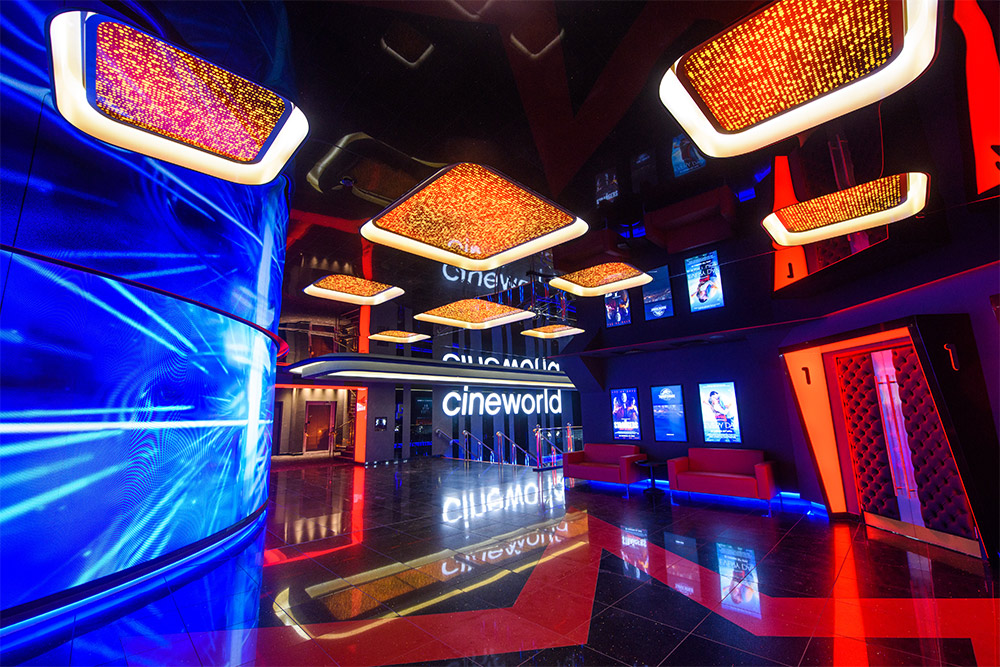 Pile on the noise that smaller theater owners are running out of their Covid bailout money, along with the news that Cineworld is facing Chapter 11 bankruptcy for its U.S. Regal ops amid $5 billion in debt, and it sounds like a blackout is in store for movie theaters from coast to coast.

However, it’s not a nuclear wipeout of exhibition.

More like, righting the wrongs of this sector which has suffered through a year’s closure which ended 17 months ago.  The harsh reality is that it’s simply a matter of Adam Smith invisible-hand economics, a survival of the fittest for cinemas. There’s around 5,400 theaters in North America, about 9% which could fall away distribution sources tell us. In any given weekend, there’s a certain percentage of movie theaters making all the money. In other words, even by pre-pandemic standards, there’s never been the need to book a movie at north of 4,000 locations. Such distribution maneuvers are there to stoke the egos of filmmakers so that they’re told their movie is playing everywhere. Furthermore, exhibition went through a bankruptcy cycle during 1999-2001 (read more here).

While some exhibitors can complain about studios’ high rental terms, they can’t whine that Hollywood didn’t deliver a robust summer season. That would be like blaming Unilever and Procter & Gamble for Target’s problems. Many of exhibition’s dilemmas were inherent pre-pandemic, i.e. Cineworld bought Regal for too high a price at $3.6 billion; Chapter 11s should have been filed during the pandemic for many rather than bareknuckling a Covid closing down. 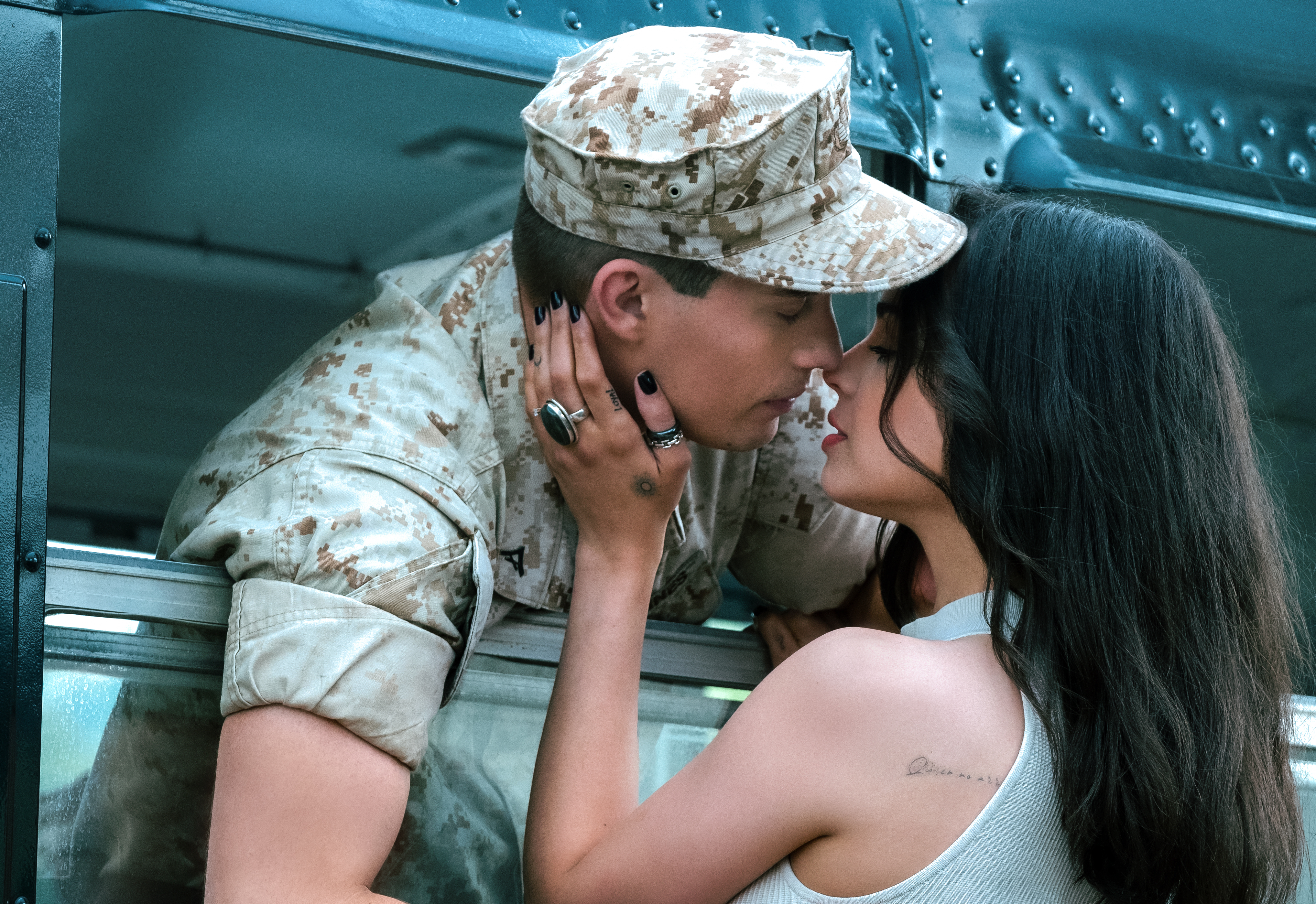 For here is the analysis which cannot be avoided; here is the root of the root and the bud of the bud and the sky of the sky in an industry that’s being revigorated with life: This summer’s box office (in addition to Sony’s $1.9 billion grossing holiday hit Spider-Man: No Way Home) showed several entertainment executives that the motion picture industry has an unlimited upside financially and limited downside.

Streaming cannot compete with the huge upside that theatrical brings in its downstream revenues. Despite Disney+ streaming bundles rallying to 221.1M subscribers ahead of Netflix’s 220.67M, as the latter has demonstrated, they’re human: Sub fluctuation and caps are the way of the future as we opt to not stay at home, and increasingly Wall Street will begin to assess OTT on the merits of revenue growth over subs, sources tells me. When it comes to grabbing eyeballs across all these OTT services for any piece of content, “it’s all mushing in the wash” says one marketing and distribution vet about the overabundance of content on streaming versus the curation and global marketing bullhorn of a theatrical release slate. A reckoning could be in store for all these straight-to-streaming movies which cost $100M-$200M+; meaning streamers will realize they should just make ’em cheaper. The thrifty priced (we hear) Netflix romantic musical, Purple Hearts, muscled its way on the streamer’s all-time viewed list at 228.6M hours viewed, not far behind the Russo Brothers’ Grey Man at 253.8M. Figure that one out, accounting department. 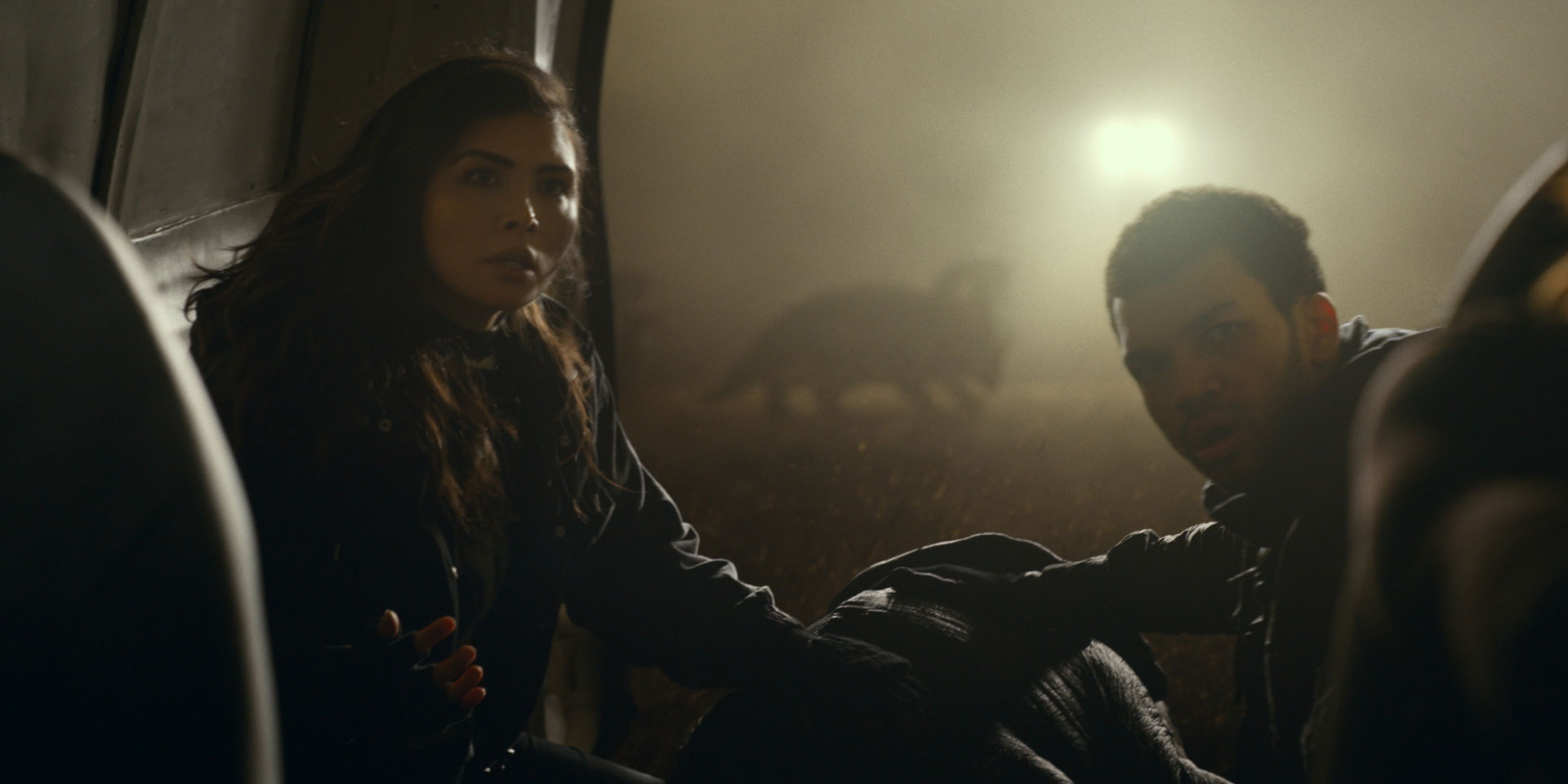 More on summer’s upside, “so few pictures lost money,” exclaims one film finance source to Deadline, “there were very few failures in a business that has a higher risk profile.” Of those in-the-black shoutouts are Paramount/Skydance’s Top Gun: Maverick ($1.4 billion WW box office), Universal’s Jurassic World: Dominion (which is coursing to a billion WW) Disney/Marvel’s Doctor Strange in the Multiverse of Madness ($955M WW), Minions: The Rise of Gru (heading to $900M WW), Thor: Love & Thunder ($747.7M), even the $16M costing Uni/Blumhouse horror film The Black Phone ($157.2M) while pics like Warner Bros.’ Elvis overperformed bringing back adults (which Top Gun 2 also did) with $277.4M and Sony’s $24M YA title sans stars, Where the Crawdads Sing, now at $108M WW.

The epiphany among financiers and increasingly more major studio executives (read Warner Bros Discovery CEO David Zaslav) is that nothing beats the money from a theatrical window and its downstream revs.

But what about the lower supply of film?

“Our business goes in two year cycles,” says one studio executive, “Anything you’re seeing at the box office, the studio became pregnant with it two years ago. What was going on then? The pandemic.” Sure, some of the hits we had this summer were made pre-pandemic, but there are other movies which were greenlit in a world where there was a lot of doubt about theatrical (the lackluster Beast), and a lot of betting on streaming. Throw in production delays due to Covid, then supply chain issues in post due to the glut, and we have a drier Q3 and Q4.

If there was another big movie to put on Thanksgiving or to fill the gap left by Shazam: Fury of the Gods, a studio would date it. We hear coming out of the fall fests, more adult titles could be programmed. Evidence that this post-production back-up is true, and not some sort of corporate spin; we heard that when it came to Universal’s sci-fi thriller, Nope, the movie was rushed toward its July 22 release date, receiving its first test screening only 12 weeks before release (a short runway). VFX required more work with reshoots being completed down and dirty just prior to release. The movie made $118.3M domestic, just under $150M WW. Could the pic have done better with another four or five months of post? It just gives you an idea of the timeline these tentpoles are up against.

There’s nothing wrong with theatrical. As always, it’s about the movies.

Says one studio distribution boss about the business right now, “Are we healthy? No. Are we dead? No. We have a cold.”

Timothée Chalamet Back On The Lido, ‘Bones And All’ & ‘Padre Pio’ Reviews: Full Coverage