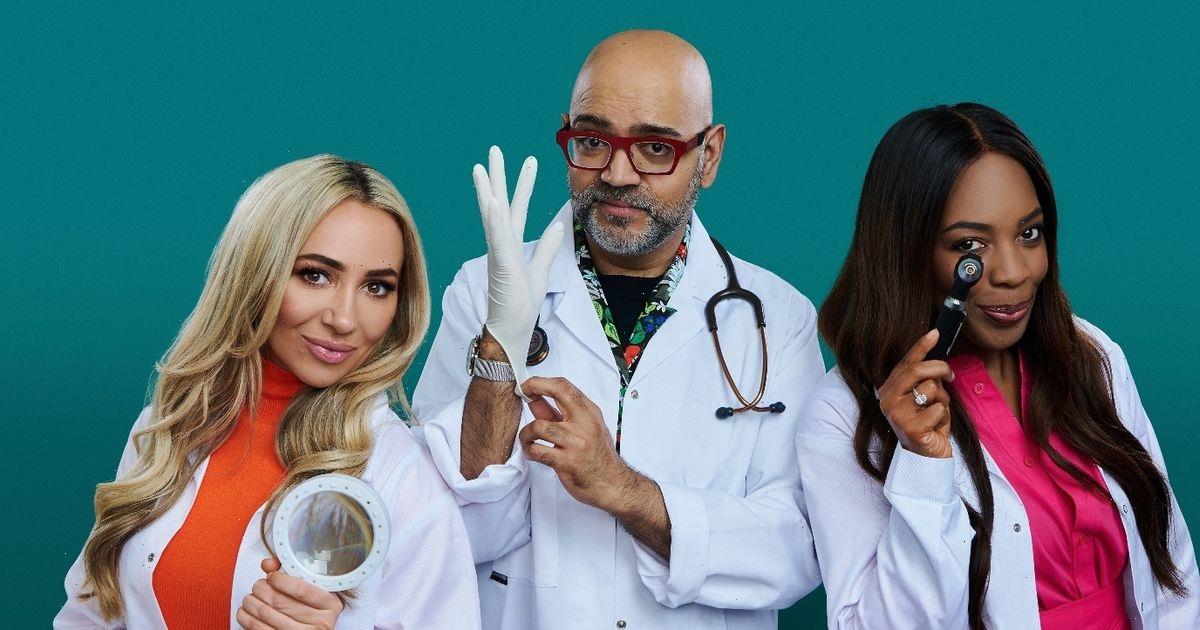 Channel 4 has announced that their award-winning TV series Embarrassing Bodies is returning, as a new team of medical professionals look into patients' medical mysteries – with some help from special celebrity guests.

For the first time, the series will also focus on health and sexual issues – along with help and guidance from celebrities who want to get Britain talking about these topics.

Embarrassing Bodies will see the yet to be announced celebrity line-up take on a series of stunts and challenges, in the hope of getting the UK talking about health and sexual issues. They'll be supported by the new medical line-up, who will use their expertise to advise the public in new "confessional clinics", where patients can ask questions they’ve been too afraid to ask, or seek advice on the embarrassing conditions they may have hidden away.

Together, the new series is sure to be welcome news to fans of the original series, which ran for eight series from 2007 and featured medical professionals including Dr Christian Jessen, Dr Dawn Harper and Dr Pixie McKenna.

Dr Christian became one of the show's stand-out medical professionals, who also went on to feature in series including Embarrassing Teenage Bodies to Embarrassing Fat Bodies and weight loss series Supersize V Superskinny.

However in recent years, he has been involved in controversy including comments made about coronavirus, and apologising to MP Arlene Foster over allegations he made on social media, later saying that he "deeply regretted" his words, The Mirror reports.

Embarrassing Bodies later came to an end in 2015 after an award-winning streak that saw it gain two BAFTA TV Awards and a National TV award nomination.

The news of a return to our screens is sure to delight fans, who will be eager to meet the new line-up – and also learn more about their own health in the process.

It will also introduce viewers to Dr Jane Leonard, who is no stranger to the limelight after giving medical advice to clients including footballers wives and TV stars.

She has also helped patients who were diagnosed with a range of conditions from body dysmorphia through to Hirsutism (excess hair growth).

As part of the new series' focus on health and sexual issues, viewers will also see Pleasure Podcast host Dr Anand Patel take on a whole host of questions using expertise from his background in health, sexual function, and testosterone issues, along with experience from his work as a GP.

Completing the line-up is Dr Tosin Ajayi-Sotubo, a GP who specialises in public and women's health as well as preventative medical care.

She is also the founder of Mind Body Doctor, an online and social media educational platform that offers a friendly, accessible space to educate and inspire people to take care of what matters most.