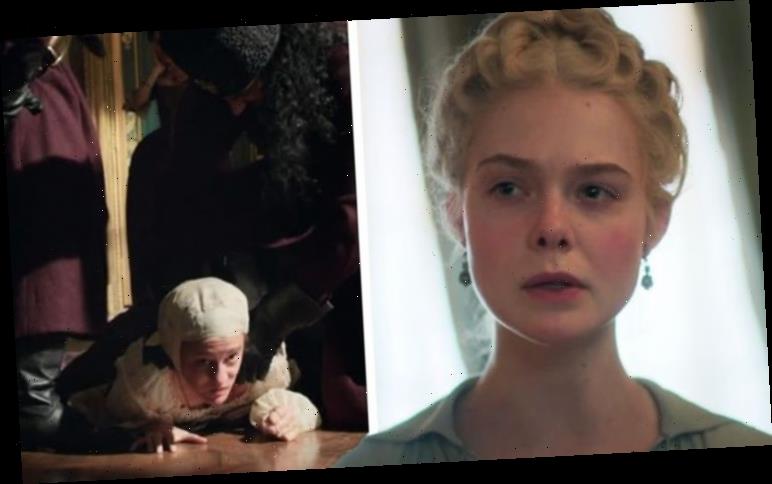 Channel 4 is airing The Great, a period drama with a dash of comedy every Sunday night and tonight, the third episode will play out on small screens across the country. But, viewers who have previously tuned in have criticised the show for scenes which show violence against women. And some have gone as far as switching the channel in order to get away from it.

The show follows Catherine the Great’s (played by Elle Fanning) marriage to the Emperor of Russia, Peter (Nicholas Hoult).

In the first episode, she discovered her dream of married life was entirely wrong, and that her new husband is in fact, a terrible person.

In the second instalment, Peter joked about punching Catherine, as well as suggested he have her murdered, with a “suitable carriage accident followed by a period of journey” being an acceptable way for him to remarry.

Those watching at home also saw Peter say: “I could kill her and start again. Why is no one excited by this idea?” 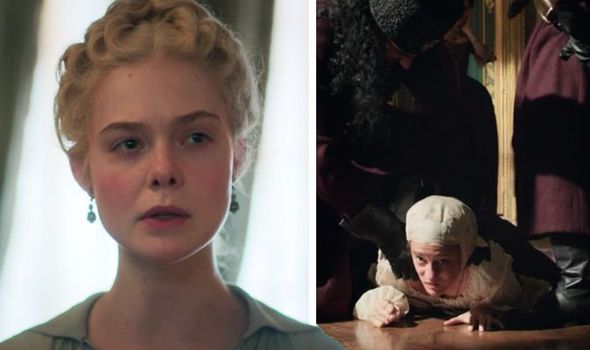 In a later scene, viewers saw Catherine’s maid, Muriel beaten and thrown against the floor. She was then seen being whipped with sticks.

Peter also reminisced about how he used to punch his wife and his mother replied: “Some enjoy that.”

He then sat down with Catherine that evening and joked about abusing her: “You might remember a week ago I shot your bear and punched you. Perhaps it has cast a wall between us.

“I think I was angry because nobody has ever not liked me. It’s a new day, a time to put things between us. Teething problems I think.” 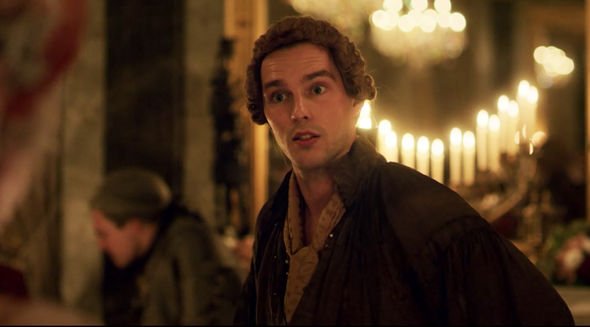 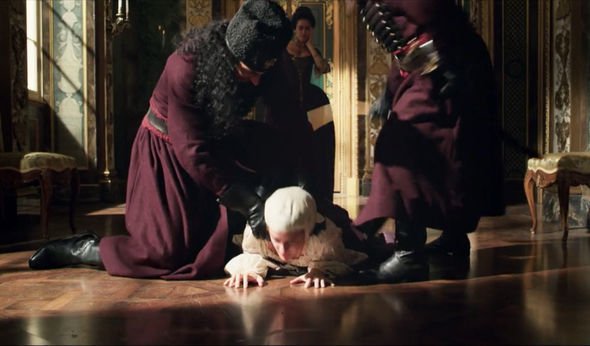 Peter then went onto ask Catherine to “forget” the beating and continued: “I think you have come in here with a very romantic idea of me, marriage and life.

“A little naive I guess. Not a criticism, it’s actually a lovely attitude.”

Despite Peter “never imagining himself as a man who punches his wife” he displayed a lot of violence towards the opposite sex and viewers noticed this. 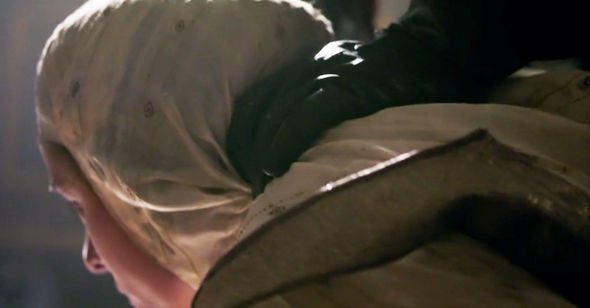 “I massively underestimated how much I would enjoy The Great. I mostly chose to watch for the cast and expected to cringe at the gross humour, but so far it has actually been fantastic. Still not for the faint of heart but so good. I was right about the cast though; they’re outstanding,” someone else wrote.

A third added: “Domestic violence, physical and emotional abuse, attempted suicide – characters may be dressed in 18thc frocks but those experiences are still viscerally relatable and triggering for some people #TheGreat.”

“I was wrong to say that the violence in #TheGreat was subdued,” another viewer commented.

Meanwhile, one tweet read: “Guessed it would be that way, that’s why not watching…”

It comes after the lead actress, Elle, spoke about the racy scenes she had to participate in.

She explained how sex was a big part of Catherine the Great’s life and said: “She was notoriously kind of beyond her time in that way. She was very open and free and loved sex.”

And when it came to acting out the scenes with Nick, Elle added: “Nick has to say some very bizarre lines that most of the time I was biting a pillow laughing so hard.”

The Great airs tonight at 9pm on Channel 4.