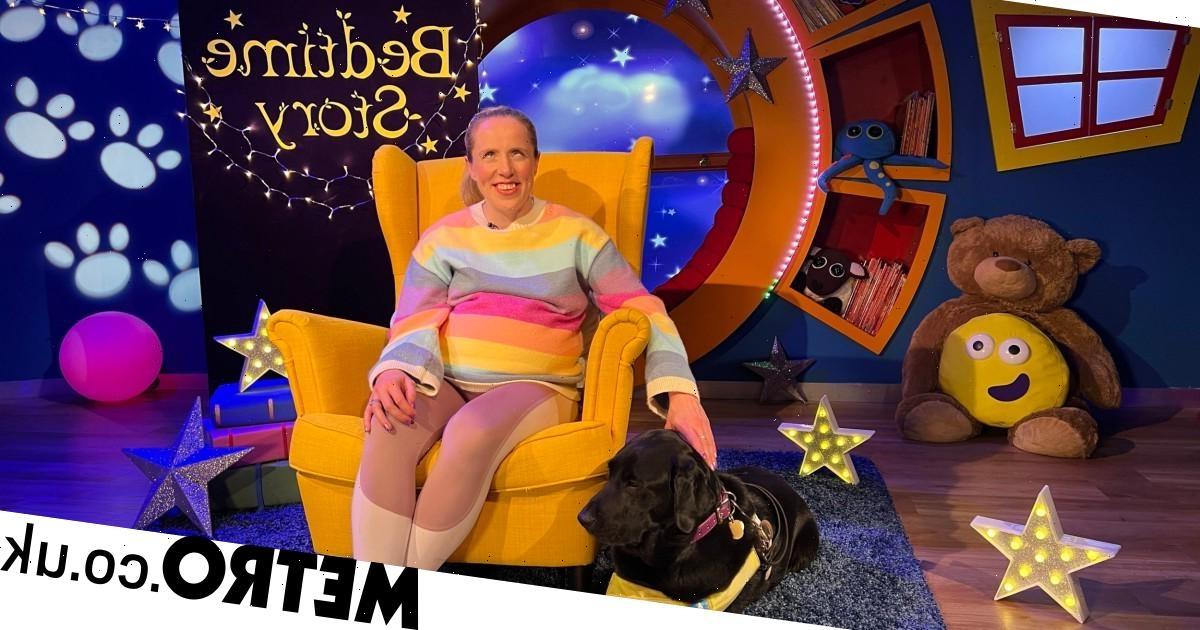 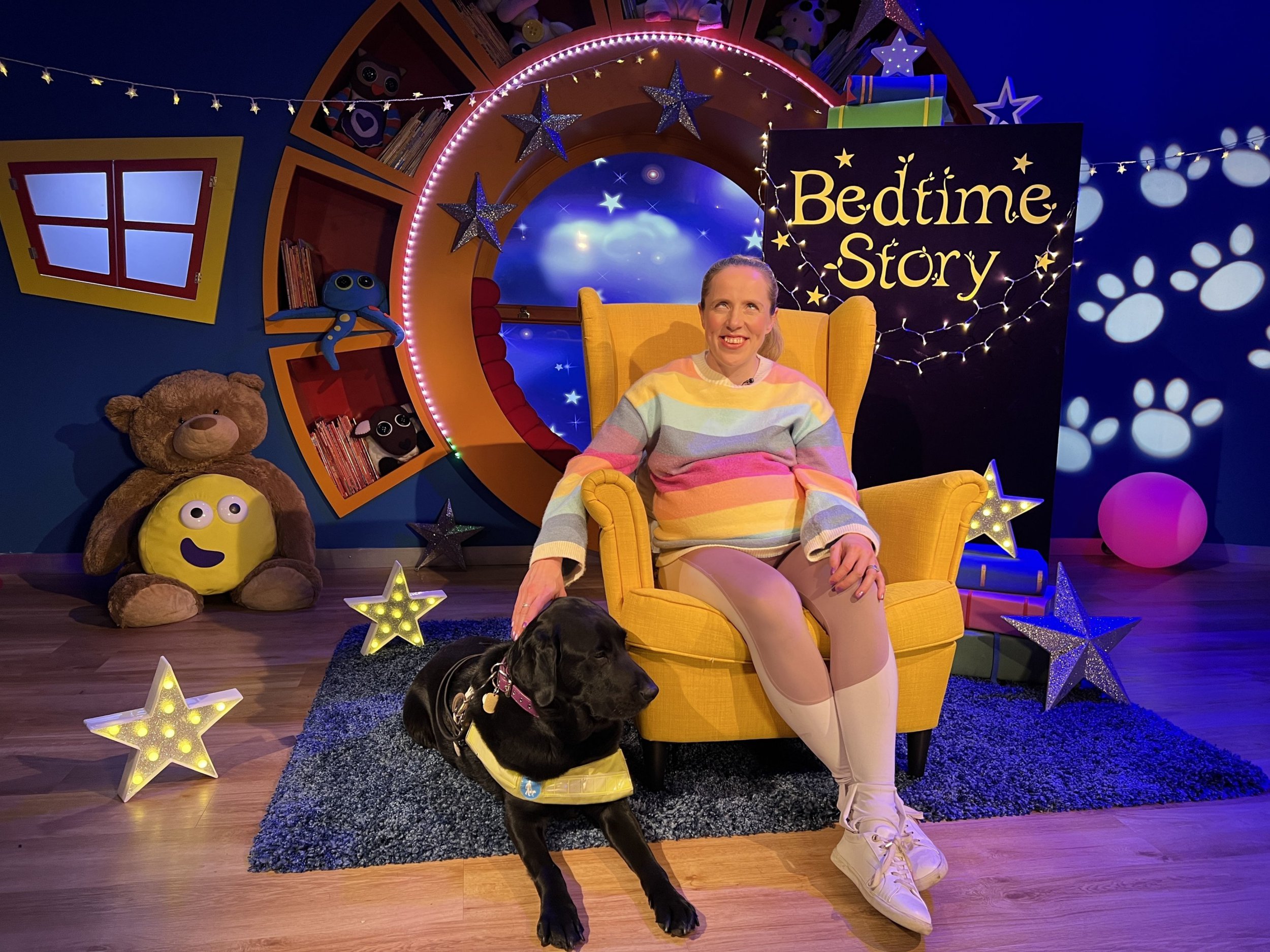 Paralympic cyclist Lora Fachie and her guide dog Tai will be the latest in the line-up to read a bedtime story to children across the country.

The Gold medalist will be appearing on tonight’s episode of Bedtime Stories on CBeebies, where she will share a story about a young boy whose classmates think he can read in a secret code only to discover it is, in fact, braille.

Titled The Secret Code, it was written by Dana Meachen Rau and illustrated by Bari Weissman.

It celebrates the joy of reading in all of its forms, and introduces children to a non-sighted experience.

Fachie, who is currently pregnant with her first child, said she was ‘over the moon’ to read a CBeebies Bedtime Stories for the first time in braille.

‘I have always enjoyed reading and help this will encourage everyone to want to read whether they use their eyes, their ears, their fingers or a secret code,’ she said.

‘Reading feeds the imagination and I will be reading to my little one from the minute they are born.’

This episode will be the first time in the history of the segment, which has so far run for over 800 episodes, where a story will not only be read in braille, but where the illustrations are also audio described.

The braille transcription was provided by Royal National Institute of Blind People (RNIB).

While there have been plenty of famous faces, including Harry Styles, Dolly Parton and Rick Astley read a story, it was in May that actress Rose Ayling-Ellis read the first ever Bedtime Stories in British Sign Language, which was also written by a deaf writer.

Coinciding with World Sight Day, tonight’s episode will be the first of two stories Fachie has recorded for CBeebies.

She has competed in two Paralympic Games, in Rio de Janeiro and Tokyo, where she has won two gold and one bronze medals, as well as five World Track Championships and six Road World Championships.

Earlier this year Fachie was also given an OBE in the Queen’s Birthday Honours for her services to cycling.

CBeebies Bedtime Stories is on daily at 6.50pm and on BBC iPlayer.