Charlie (played by Derek Thompson) has been mingling in the background on Casualty of late, what with the nurse taking a step back from his duties at Holby City hospital to care for his wife, Duffy (Cathy Shipton). Viewers of the BBC medical drama have had glimpses of the couple’s home life, with the latter believing she is still dating former lover Bill Crowthers (Clive Wood) and physically lashing out at her husband when she realises things aren’t as she thinks them to be. With her beloved at a loose end as to how to make his other half more content, he calls on his love rival with tragic consequences as Duffy suffers a heart-wrenching loss.

Viewers will remember Bill was the character from the former midwife’s past who came back into her life a couple of years ago.

This was around the time when Duffy’s dementia storyline began to transcend on-screen with the nurse making uncharacteristic decisions.

One of which was sleeping with her former romantic interest behind Charlie’s back, leading to a break down in their marriage.

However, with the dementia making his beloved believe she is still in a relationship with his love rival, the medical staff member calls on him to pay his wife a visit, but it seems Bill’s not quite prepared for what he sees. 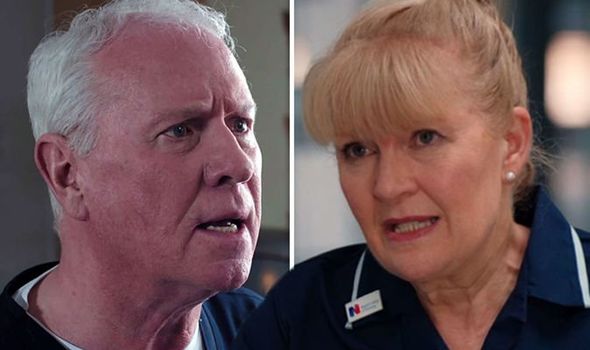 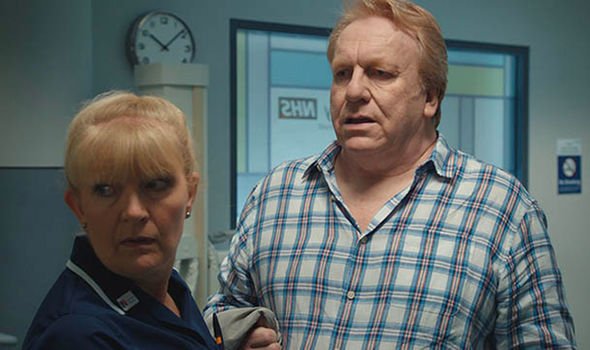 At his wits end about why his wife is so obsessed with Bill, Charlie hopes his appearance will shed some light on why she is in such a state of mind.

However, before they meet, the nurse has to break the news to Duffy she has dementia and they are a married couple meaning she has no romantic ties with her former lover.

Coming face-to-face after the infidelity two years ago, the dementia patient’s husband learns from his love rival he and the former midwife dated years before.

Hoping to offer a hand and make the situation a little easier, the returnee tells the Holby City nurse he will pay a visit to his beloved. 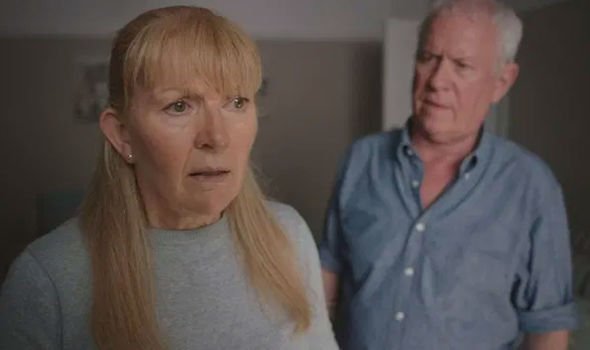 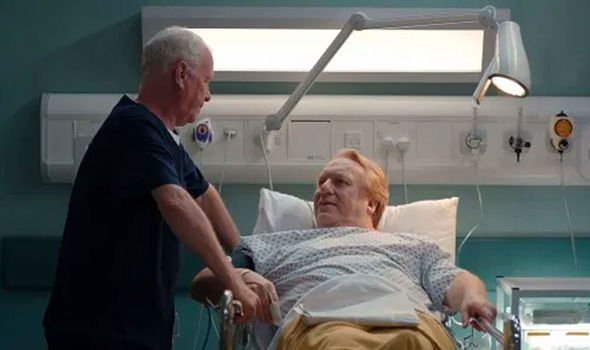 Worried about what backlash he will receive, Charlie rejects the offer of help but on reflection, agrees to let Bill see Duffy.

What the nurse fails to tell Bill however is how advanced his wife’s condition is and leaves out some crucial details.

When he arrives at the couple’s house, Duffy’s former lover is shocked when he sees her dressed for a date she believes they are going on.

Unable to cope with what he sees, the former midwife’s past lover makes a hasty exit and comes to blows with his love rival.

With Duffy having lost someone she believes she is in a relationship with, it’s up to her husband to pick up the pieces.

Having to break the news to her Bill has walked out on her life for good, Charlie is sure to be just as heartbroken by his wife’s response.

These scenes were leading up to actress Cathy Shipton’s exit from the role she has been in for over three decades.

The news of her departure at the end of her character’s storyline was announced last year, with cast and crew alike devastated by the exit.

Speaking exclusively to Express.co.uk Jacob Masters star Charles Venn, 46, spoke of the loss of the huge loss to the medial drama.

“You’re talking about a major stalwart, a main foundation of the show. Her leaving feels strange, it feels like a part of the show is leaving.”

There was no official date given for the character’s departure, but it was suggested the scenes would air at the start of the New Year.

Casualty continues tonight at 9:20pm on BBC One.