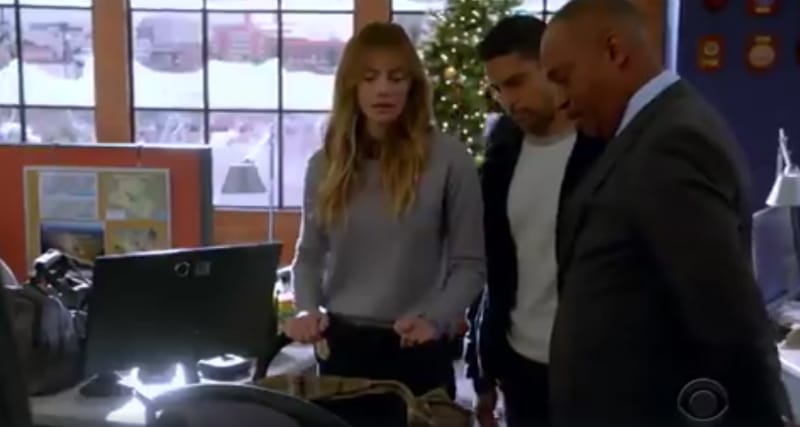 The cast of NCIS has an intriguing case to deal with during the fall finale. On NCIS tonight, a newborn baby is discovered with no identification and no apparent ties to family.

As shown in the preview for the episode, while this is a serious situation, there is also some humor in store. When the NCIS team asks Gibbs (Mark Harmon) to partake in some babysitting, he opts for spending time in the basement.

Also shown in the episode preview are agents Torres (Wilmer Valderrama), Bishop (Emily Wickersham), and Sloane (Maria Bello). Will they be able to figure out where the baby came from and solve this case before the holidays?

The NCIS fall finale is called What Child is This and it has the feeling of an emotional journey for the cast. It begins as the murder investigation of a Navy veteran, putting the holiday plans for the team on hold. Then, a newborn baby is discovered, slowing everything down for the NCIS cast and viewers watching at home.

This is definitely a good episode to wrap up the fall, combining some of the familiar drama of the show with a heartfelt storyline that ties in with the season of giving. Viewers will be rooting for the team to solve this case and find out where the baby belongs.