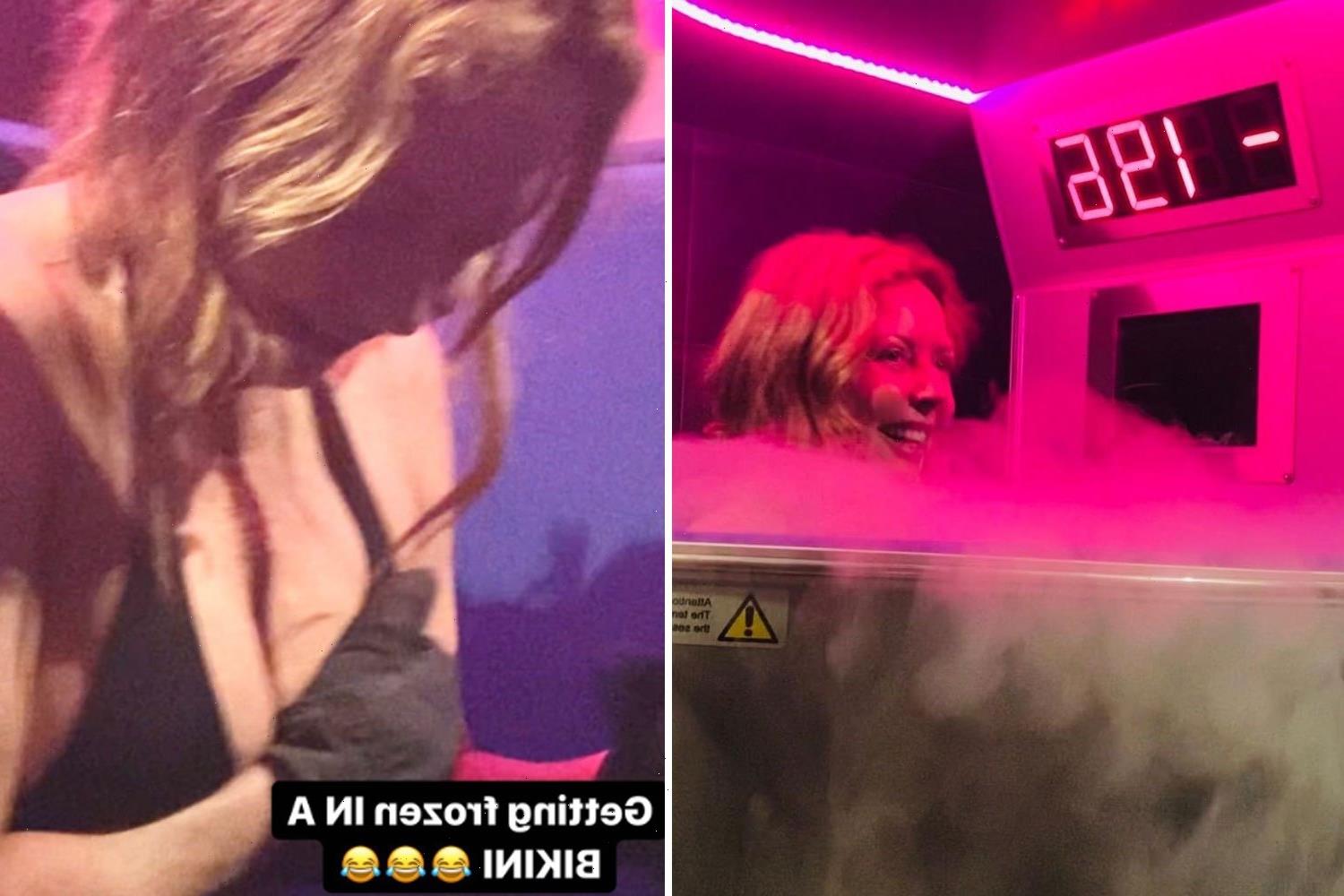 CAROL Vorderman stripped down to a black bikini for an ultra freezing cold beauty treatment.

The former Countdown star, 60, braved a dip in a cryo chamber which got down to minus 196C. 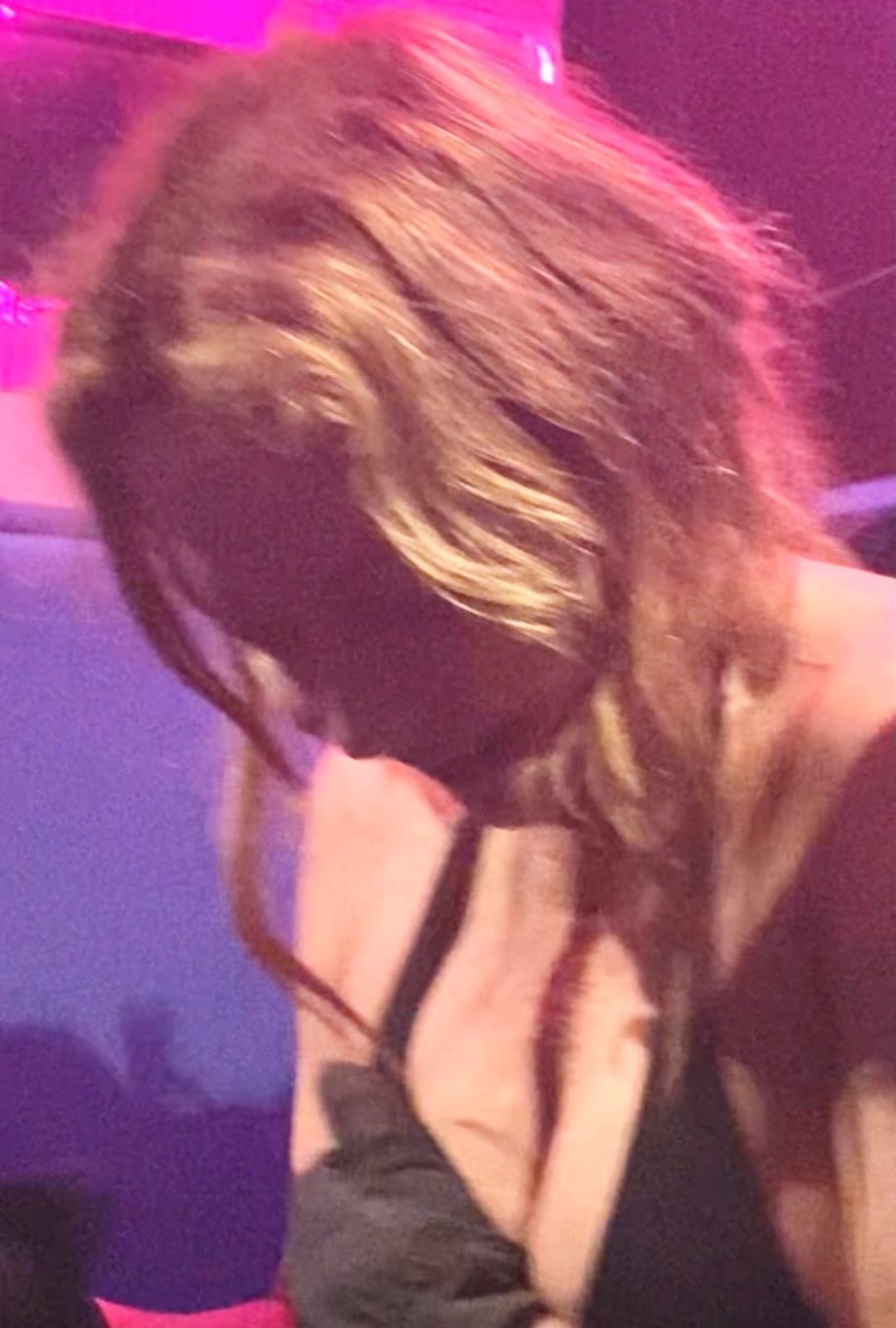 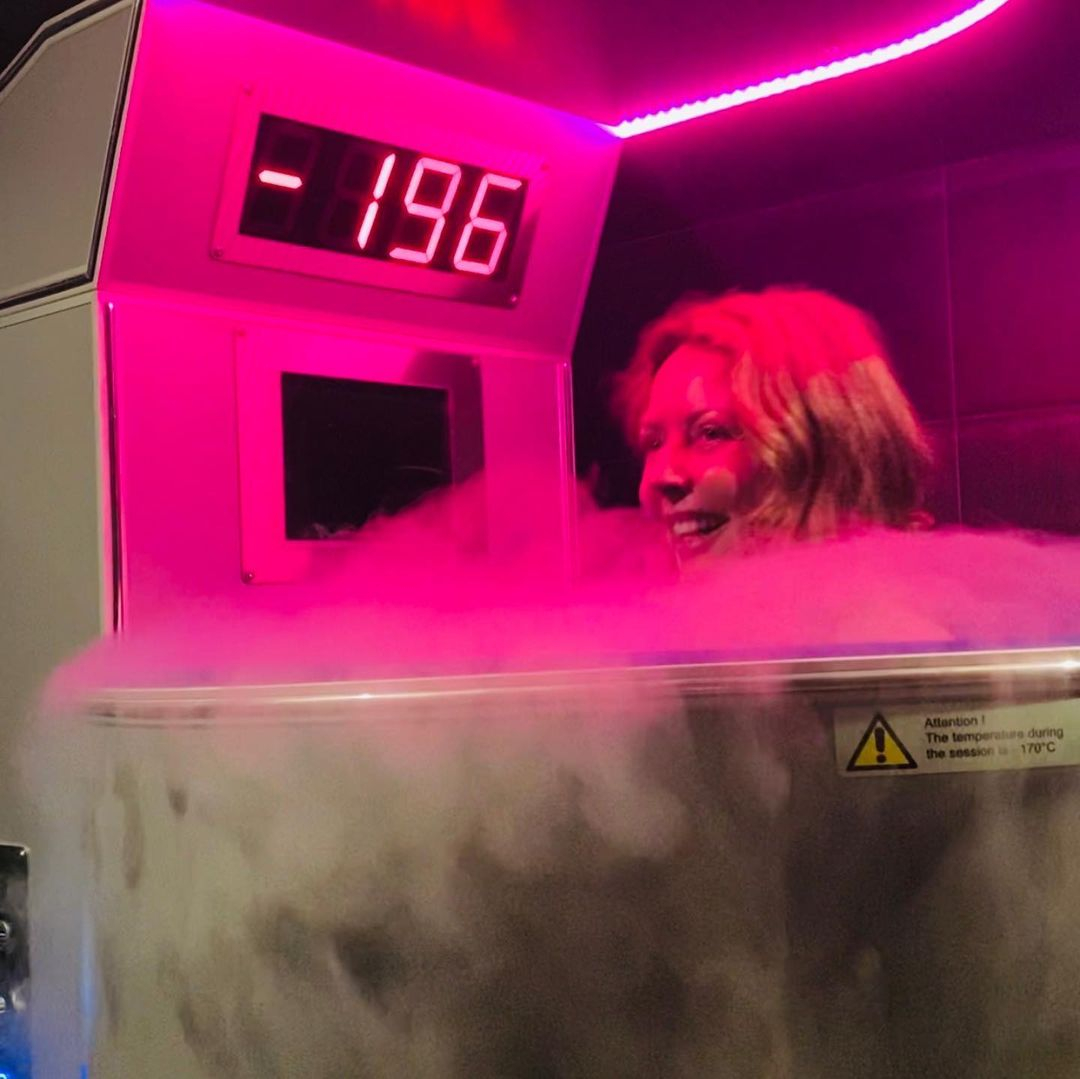 The mathematician was left screaming as she endured the intensely cold temperatures.

Looking sensational in a black string bikini, Carol tried to distract herself by singing and imagining that she was on a hot beach.

By immersing the body in extremely cold air for several minutes, you could receive a number of health benefits.

Carol was thrilled to have survived the very chilly conditions and shared her experience on Instagram.

Alongside a series of photos and clips, Carol wrote: "CRYO….COOOOLLDDDD….in a bikini and furry boots and thermal gloves…got it down to MINUS 196C today…..omg three minutes for healing and health…..loved it actually….

Carol's latest activity is a far cry from her glamourous beach selfies.

The TV star shared a scorching bikini snap with fans as she basked in the "last day of sunshine" earlier this week.

She put on an eye-popping display for her Instagram followers as she stripped down to a plunging bikini.

Carol looked to be laying in her garden as she posed for the snap, which showed off her cleavage as she turned on her side toward the camera.

She donned a tan two-piece for the saucy snap featuring blue beading across the chest, as well as a pair of tortoise shell sunglasses.

Having just stepped out of a pool, Carol let her wet hair cling to her body as she appeared to go make-up free for the selfie.

"The last days of sunshine perhaps?" she captioned the post that saw her snuggled up among fluffy grey towels on a sun bed.

"I've loved this summer….one of the best ever," she concluded, as her fans flew to the comments to call her "beautiful" and "perfection".

She was also seen in another busty display on Instagram over the summer, with comments pouring in over her ample cleavage.

Earlier this month, Carol opened up about the vile abuse her brother Anton suffered for having a cleft lip and palate.

In a series of Instagram videos, she said: "My brother was born in the 1950s with severe cleft lip and palate and over the course of his life had 24 operations on his face.

"He was eight years older than me and didn't like to go out because of how he looked. I called him 'my little daddy' because our father had abandoned me, not my brother or sister, he refused to meet me from when I was two weeks old. I don't know why, still to this day."

She continued: "We were very poor, he was always kind and yet he suffered a lot of abuse because of how he looked and he grew and still is one of the kindest, most generous, funny, loving, successful people I've ever known.

"He is always laughing, he loves people, everybody loves my brother and I suppose the reason I am telling you this, I've been a patron of the Cleft Lip and Palate Association for 20 years and it's not the same in Eastern Europe.

"A number of years ago he found that in Romania, Bulgaria, when babies are born with cleft they are often taken from their mothers and taken to orphanages and that was because they couldn't suck and feed.

"And there's a special way of feeding babies with severe cleft palate. So he set up a charity to train specialists who would then train the mothers."

Struggling to hold back tears, she added: "In the first years they managed to get over 40 babies out of orphanages and back with their mums. It makes me cry."

She then said with her voice breaking: "And THAT is my brother. Born with cleft, 24 operations, suffered because of how he looks and yet he's helped many others. He's WONDERFUL." 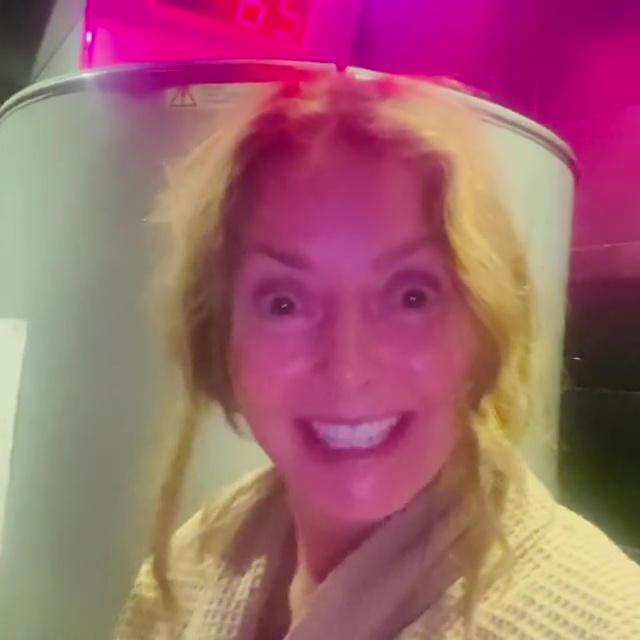 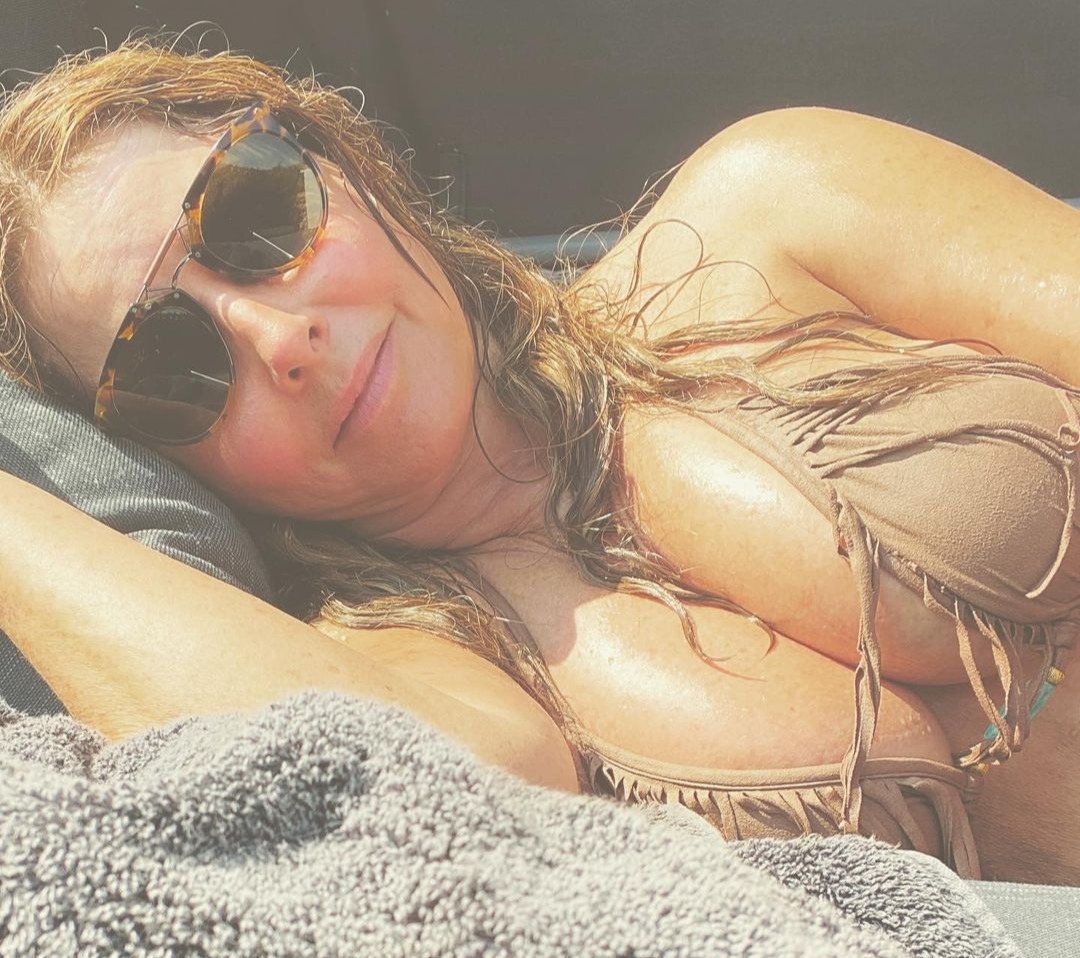