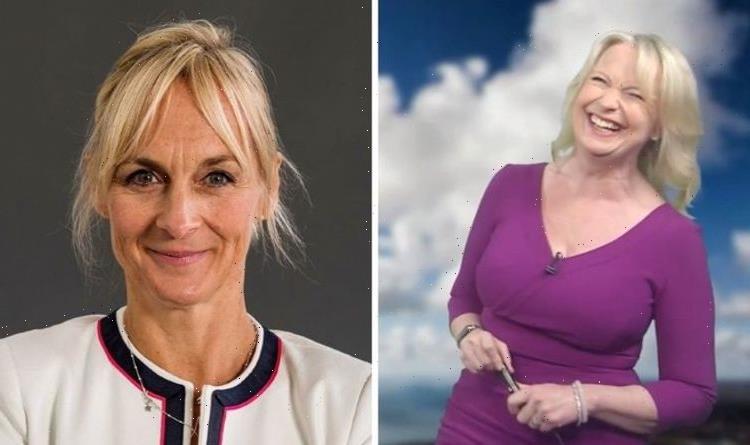 BBC Breakfast’s long-time anchor Louise Minchin confirmed she’ll be stepping down from the role after two decades in June. Her colleague Carol Kirkwood has recently opened up about their time as presenters together, and may have confirmed a likely successor in the process.

In a new interview with the Radio Times, Kirkwood opened up about her experiences hosting the morning show with Minchin for the past two decades.

As the anchor announced her departure last month, the BBC will soon start the hunt for her replacement.

Kirkwood offered Sally Nugent as the perfect candidate now she has served as the BBC’s main relief presenter for almost ten years.

She told RT: “She fills in for Louise now anyway or Naga [Munchetty] but the decision of course, isn’t mine.

The BBC have yet to confirm who will be joining current presenters Dan Walker, Naga Munchetty and Charlie Stayt on the red sofa.

However, a job advert for the position suggests an unfamiliar face could be joining the team, as opposed to a known BBC journalist.

The description confirmed the broadcaster is still on the lookout for someone with ‘significant broadcasting experience’ for the job based in MediaCity in Salford.

The weather presenter joined the Breakfast team in 1997, with Minchin originally starting as a stand-in presenter in 2001.

“Louise is one of my chums and it’s lovely getting to work with her three days a week when she’s in,” said Kirkwood.

She added: “I will definitely miss her. She’s a big loss.”

Minchin became a regular anchor in 2006, and finally became BBC Breakfast’s lead presenter when the show moved to Salford in 2012.

As Sally Nugent currently serves as Breakfast’s most regular stand-in, Kirkwood suggests the fellow journalist could follow a similar trajectory and take over from Minchin as regular host.

Speaking more about her own career, Carol Kirkwood assured BBC viewers she currently has no plans to leave, despite some rumours.

She said: “It’s clickbait. Somebody sent [an article] to me, one of my friends, and they said, ‘Is this true that you’ve been replaced?’

In the meantime, Louise Minchin has confirmed she’ll be continuing her podcast ‘Her Spirit’, and has also announced plans to write a book about her experiences with endurance sport.

BBC Breakfast airs weekdays at 6am on BBC One.