This year’s Cannes competition slate is unquestionably stacked, including new films from major names like David Cronenberg, Kelly Reichardt, Claire Denis, Arnaud Desplechin, the Dardenne brothers, James Gray, Hirokazu Kore-eda, Ruben Ostlund, and Park Chan-wook, but anyone looking for proof that the lauded festival is at all interested in bulking up its representation of female filmmakers will likely come away disappointed.

While festival director Thierry Fremaux used a recent interview with Variety to tout that this edition of the festival would have “a stronger presence of female directors,” that was all talk: the 2022 festival will include just three films directed by women in the competition section out of 18 total. That’s 16.6 percent, precisely the same ratio as last year and an overall downturn in total inclusion from previous years.

Those 2022 films include Denis’ “The Stars at Noon,” Reichardt’s “Showing Up,” and Valeria Bruni Tedeschi’s “Les Amandiers.” Reichardt is making her debut in the competition section, while Denis returns for the first time since her “Chocolat” in 1988 and Bruni Tedeschi is back after competing in 2013 with “A Castle in Italy.”

It’s not the first time Fremaux has attempted to inflate the numbers despite no marked change. In 2020, the festival — which did not take place due to the pandemic, but still announced “selections” that could tout the Cannes laurels — promised “a significant increase” in films directed by women, which only resulted in some inflated percentages but no actual strides in terms of total films picked.

And while this year’s overall percentage remains stagnant, the total number of films directed by women in the competition lineup has actually declined.

In recent years, the festival’s starriest section — the competition slate — has stalled out when it comes to programming more than four films directed by women. Last year, the slightly delayed festival (moving from May to July) hosted four films directed by women in the section — out of a total of 24, which means just 16.6 percent of the section’s films were made by women — including new films from Ildikó Enyedi, Mia Hansen-Løve, Catherine Corsini, and Julia Ducournau, who went on to become only the second woman to win the Palme d’Or with her audacious “Titane.” 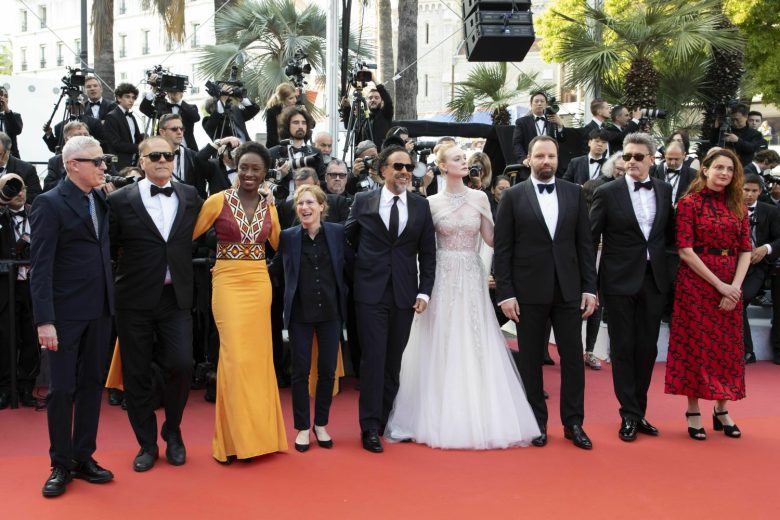 Change has been gradual for the festival. Cannes didn’t program four Competition titles from women until 2011 (the year after that milestone, in 2012, no women made it into the section). Between 2016-2018, only three female filmmakers made it into Competition each year; in 2019, the festival again notched four female directors in competition.

This year, the festival seems to have gone backward, and while the selection of films on offer in competition are certainly impressive, the slate is hardly representative of a “stronger presence” of female filmmakers. When IndieWire recently predicted what films might turn up at the festival, a number of them included female-directed features. As ever, don’t tell us that there simply aren’t enough women making films to notch the numbers.

Last year saw a massive uptick in female-directed films making a huge splash on the festival circuit, with a number of major wins going to women-helmed films, from Ducournau at Cannes to Audrey Diwan’s “Happening” at Venice and Sian Heder’s (eventual Best Picture winner) “CODA” dominating at Sundance.

Perhaps things will get back on track for Cannes next year, when newly-elected festival president Iris Knobloch — the first woman to hold the title — will take over for her three-year appointment. Until then, it seems, it’s business as usual. (Of note: during today’s lineup announcement, Fremaux said a handful of additional films will be added to the selection in the coming days, though it’s unclear if those will include competition titles; the parallel non-competitive Cannes Critics’ Week lineup, which often shows great diversity, has also not yet been announced.)

Outside of the competition slate, things are somehow even more bleak. Of the four “Cannes Premiere” titles, none are directed by women. The same goes for the Special and Midnight Screenings slate. Of the six out-of-competition titles, including starry affairs like Joseph Kosinski’s “Top Gun: Maverick” and Baz Luhrmann’s “Elvis,” plus Michel Hazanavicius’ opening night pick “Z,” you guessed it: none are directed by women.

There are some bright spots in the typically forward-thinking Un Certain Regard section, at least. Out of 15 films announced today, six of them were directed or co-directed by women, meaning 40 percent of that slate had a woman behind the camera. Those titles include some of the most thrilling of the festival, including Lise Akoka and Romane Gueret’s “Les Pires,” Hayakawa Chie’s “Plan 75,” Riley Keough and Gina Gammell’s “Beast” (officially listed as “Untitled Pine Ridge Project” in Cannes materials), Marie Kreutzer’s “Corsage,” Lola Quivoron’s “Rodeo,” and Agnieszka Smoczynska’s “The Silent Twins.”

The 2022 Cannes Film Festival will take place in-person this spring from May 17 through May 28.