Miss Pigskin? How NFL Broadcasts Are Catering to Kids

Can Cable News Avoid a Ratings Collapse After Trump Leaves?

“The ratings are going to collapse. You don’t have to be a genius or an experienced executive to figure that out,” a former MSNBC executive tells TheWrap

If there’s one thing Donald Trump got right about his presidency, it’s that his past four years in the White House have been a boon for cable ratings. But as the former reality TV star prepares to exit in January following the election of Joe Biden, cable news networks will soon experience what life is like post-Trump — for better and worse.

“The ratings are going to collapse. You don’t have to be a genius or an experienced executive to figure that out,” Richard Wolffe, a former MSNBC executive, told TheWrap.

Over the past four years, all three major cable news networks — Fox News, MSNBC and CNN — have experienced a massive surge in ratings, thanks in large part to the Trump presidency and its nonstop drama.

But after Trump leaves, the news cycle itself will shift, which will have an impact on when — and for how long — viewers tune into the news, Wolffe said.

“Keeping people on the edge of their seats about whatever craziness that just happened that you might have missed, that’s been a big part of what’s driven cable all along,” Wolffe said. “Trump spent all day watching cable, he wanted to mess with cable because that’s how he saw his presidency played out, but [that’s] clearly not going to be the case for any sane, rational, elected official.”

Spokespersons for Fox News, MSNBC and CNN did not respond to TheWrap’s requests for comment.

Lachlan Murdoch, the executive chairman of Fox News’ parent company, has also predicted a shift away from cable news and back toward entertainment fixtures, like pro sports and reality TV. 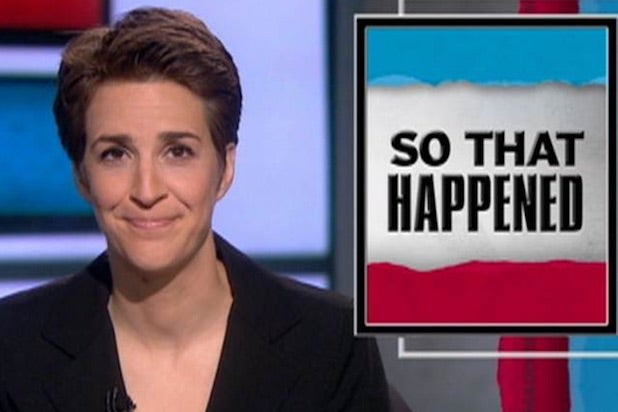 “I would expect as we enter a more normal news cycle, which has to happen eventually, that appetite for news will shift back to an appetite for the great American pastimes of watching football and watching baseball and watching ‘The Masked Singer’ or ‘I Can See Your Voice,’ and we look forward to that shift,” Murdoch told investors on Election Day.

But Stacy Scholder, a former producer and professor of professional practice at USC’s Annenberg School of Journalism, said there are a number of big-ticket news items ahead in 2021 that will still bring in viewers, including the ongoing COVID-19 pandemic, the Georgia runoff elections and legislation coming out of a new Congress.

Still, both Scholder and Howard Polskin, the president and founder of the right-wing news aggregator TheRighting, noted that Trump and members of his orbit will still be around — even if Trump himself is out of the White House.

“It’s almost like a sequel,” Polskin said. “It’s not as good as the original, but it still may be pretty damn good.”

And when it comes to the fast-moving news cycle, Scholder said viewers can still expect Trump to somehow make an appearance.

“If Donald Trump has anything to say about it, he’s not going to go away from cable news,” Scholder said.

For his part, Wolffe hopes that networks like MSNBC take the opportunity to change up the standard “anchor-at-a-desk” format of cable news.

“Trump has papered over the cracks of doing the same format from one hour to the next, the same subject, often with the same guests. And while you have the sort of adrenaline rush and fear and loathing of Trump going along in the audience’s mind, if not their hearts, then that keeps them on for another hour and another hour, and so the ratings seem to be great,” Wolffe said. “But underlying it [is] the repetitiveness of it, the reluctance and the aversion to risk. The reluctance to innovate is really damaging for a place like MSNBC.”

The opportunity for this innovation may especially be ripe at MSNBC and CNN next year, which are expected to undergo major leadership changes. 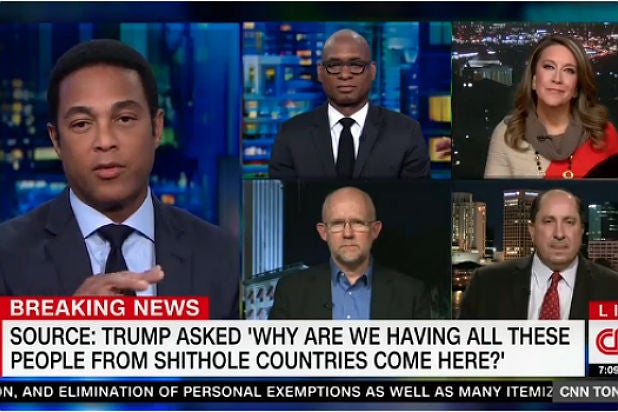 At MSNBC, longtime network chief Phil Griffin will be succeeded in February by Rashida Jones, the current senior vice president for NBC News and MSNBC, while additional reorganization may be looming across NBCUniversal News Group under chairman Cesar Conde.

CNN’s Jeff Zucker is also expected to exit the network early next year, according to Vanity Fair, raising questions as to who will succeed him and what direction the network — which has been a frequent target of Trump’s insults — may move toward next under a Biden presidency and under the leadership of WarnerMedia’s Jason Kilar.

When it comes to Fox News, which has recently faced the ire of Trump over its coverage of the election, it’s highly unlikely that the prospect of a “Trump TV” will push Fox News from its perch.

“Without the talent, without the promotion, without the engagement — Fox has just got so many in-built advantages,” Wolffe said. “The idea of Trump TV is just another outrageous thing he throws out to get people’s attention. It’s really hard to establish new channels.”

Polskin said Trump probably won’t even want to deal with the “headaches” of running a media network — nor does he need to boost his platform.

“He reaches his audience without that. He’s got Twitter, and it’s also perfectly suited to his thinking. He’s not a particularly well-spoken person, so Twitter aligns perfectly with his communication skills,” Polskin said. 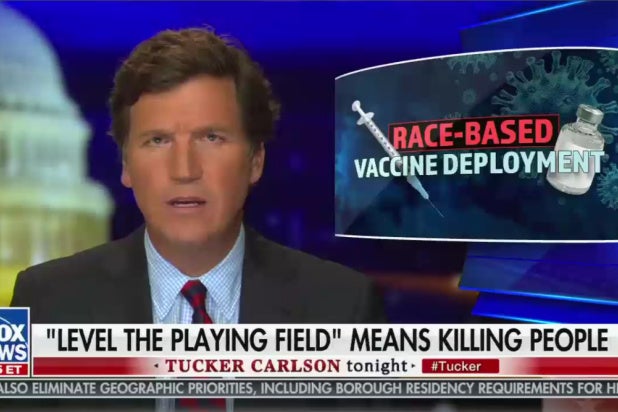 Fox Corp. executives have also shot down suggestions that small conservative networks like Newsmax and One America News, which have recently been promoted by Trump, could pose a serious threat to Fox News.

“It took us a billion dollars in cash burn to get Fox News to profitability. It’s not a small undertaking to try and sort of compete at that level,” Fox Corp. CFO Steve Tomsic said earlier this month. “In order to qualify to be a competitive source, you really have to put your best foot forward. And so we think we’ve got a business that has stood the test of time, and every time there’s been skepticism about what the future looks like, we’ve pierced through and hit another high. So we feel super confident about Fox News being able to compete in any environment going forward.”

But even with Trump out of office, Trumpism and disinformation won’t suddenly be gone, Wolffe warned — and cable news networks can’t let the pressure of ratings “undermine all of those lessons learned” from covering Trump’s presidency.

“Just because something’s outrageous does not mean that you spread it yourself because everything else is boring,” Wolffe said. “I fear that they will recycle this information because it might get people excited or interested and help lift their ratings. Whereas what they’ll actually be doing is continuing to spread this…  information that really threatens, at an existential level, our democracy.”