The baker faces “prolonged recovery and therapy,” a representative says 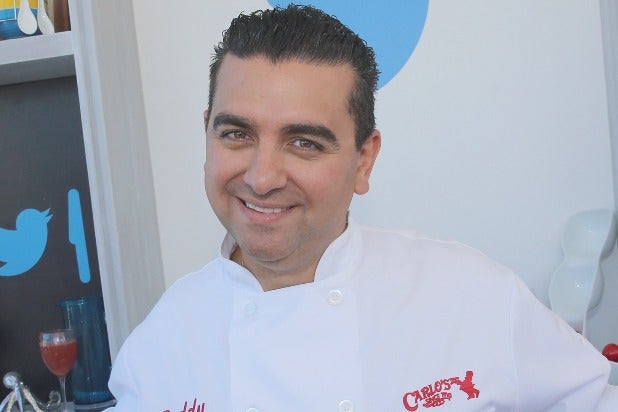 Celebrity baker and “Cake Boss” star Buddy Valastro is facing an “uphill battle” after his dominant right hand was impaled with a metal rod in an accident while bowling with his family at their home.

Valastro was rushed to a nearby hospital in New Jersey, where he had the first of two surgeries. The second took place in Manhattan and was performed by renowned surgeon Dr. Michelle Carlson, according to People. A representative for the reality star said in a statement that it’s going to be “an uphill battle” going forward and that he will need “prolonged recovery a therapy” due to the fact it’s his dominant hand.

Valastro shared a photo from his hospital room on Wednesday.

I was involved in a terrible accident a few days ago… 😔 What do you think of my new accessory? #recoveryjourney #positivevibes #ironfist #cakeboss #buddyvalastro

I was involved in a terrible accident a few days ago… 😔 What do you think of my new accessory?#recoveryjourney #positivevibes #ironfist #cakeboss #buddyvalastro

The accident took place at the family’s New Jersey home, where they were bowling in their personal alley. “There was a malfunction with the bowling pinsetter, a common fix in the past, but it turned into a terrible accident,” the rep said.

“After trying to release the bowling pin from the cage mechanism, his right hand became lodged and compressed inside the unit. Unable to remove his hand, he can see a 1-1/2” metal rod slowly and repeatedly impale his hand three times between his ring finger and middle finger,” the rep said.

After several minutes passed, Valastro’s two sons, 16-year-old Buddy Jr and 13-year-old Marco, used a saw to “to cut through the metal rod and relieve his father from the machine.”

“Cake Boss” became a smash hit on TLC in 2009 and followed Valastro’s adventures and creations at the family bakery, Carlo’s Bakery. The show moved to sister network Discovery Family in 2019. Valastro has also appeared in numerous other food reality shows, including “Next Great Baker” and “Buddy vs. Duff,” which began airing new episodes in March.

TheWrap has reached out to the Food Network for comment.