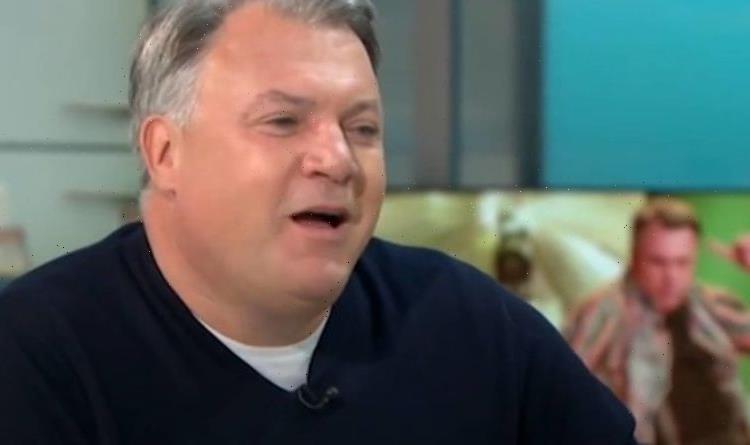 Ed Balls appeared on Good Morning Britain to discuss his life after politics, cooking and his stint on Strictly Come Dancing. But the former left-wing MP was asked for his verdict on the situation in Afghanistan as his wife, Yvette Cooper, remains in politics and would still be involved in the day-to-day runnings of the country. Mr Balls delivered his dire assessment stating President Joe Biden was eager to end the conflict in Afghanistan but now has been forced to commit retaliation to the Kabul Airport terror attack yesterday – stating the incoming refugee situation will have to be taken on by Europe and Britain.

Kabul Airport was targeted by terror attacks yesterday with 13 US troops dead and around 80 civilians killed as Western forces begin leaving the country.

US troops will also leave Kabul on August 31 despite calls from G7 leaders to extend the date to allow more Afghans to be evacuated.

Mr Balls was asked his thoughts on Afghanistan and how MPs would be dealing with the situation considering his experiences in government.

He explained: “[Yvette Cooper] has been talking to the Government a lot about the scramble to get people out.

“I think it’s really hard to see the scenes and think that they’re still ongoing.

“I guess, on the one hand, President Biden said that this was about the end of a war and he’s now having to say he’s committing America to reprisals for these terrible terrorist attacks.

“This is not gonna end for America, I guess it’s really hard to know what it’s going to mean but I think the one thing you can say is there’s certain moments in our history, like the retreat from Vietnam, the fall of the Berlin Wall.

“I think we’ll be talking about these pictures and these events for many years to come.

“I think it’s gonna define the next few years.

Mr Balls was then asked what else could have been done to help the situation as many politicians did not have the foresight to predict a lot of the events happening.

He continued: “Well I think Britain and Europe are going to pick up the pieces for this American decision.

“Because it’s much closer to where we are and this refugee crisis will last for years and I guess politics is really hard, government is hard…

“I would think in Downing Street there is frustration and in the way the Americans have behaved.”

The former Labour frontbencher was then asked if he was tempted to return back to politics following the pandemic and other major issues around the world.

Mr Balls said he sympathised with the politicians and respected the work they had to do.

He added he would love to help but stressed he was no longer involved in politics and “the world moves on”.