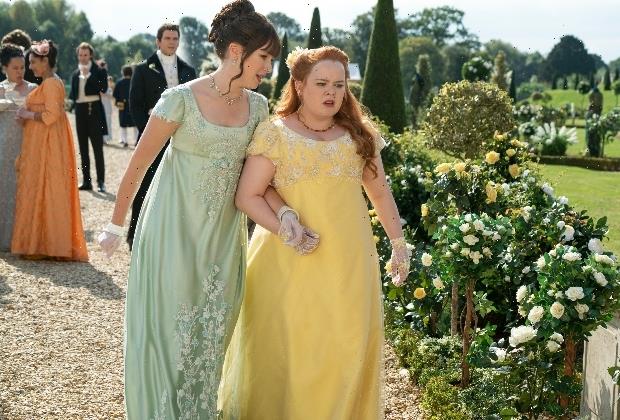 One of the most important love stories on Bridgerton is between best friends Eloise and Penelope. They’ve emotionally relied on one another for two seasons and even have their own shorthand (as seen in the video above).

Perhaps this is why their gut-wrenching argument and breakup in the hit Netflix drama’s Season 2 finale caused so much concern among fans, who watched as Eloise discovered Penelope secretly has been Lady Whistledown all along. Making the deception more personal and painful, as Eloise noted, Lady Whistledown/Penelope disgraced her and Theo in her scandal sheet and, last season, broke up Colin and Marina.

Hurtful words were exchanged, and Eloise said she never wanted to see Penelope again. As readers of the books can attest, Penelope’s alter ego isn’t exposed until Julia Quinn’s fourth novel in the series, Romancing Mister Bridgerton, and Colin does the honors. But Claudia Jessie, who stars as Eloise, says because her character is the one to uncover Penelope’s secret by the end of Season 2, the emotional stakes are much higher on the series now.

“Eloise is the person you want to find out,” Jessie thoughtfully tells TVLine. “It was a very controlled fight, not overly dramatic or physical like on reality TV. I loved shooting that scene, and I was pleased when I watched it because it was written so well. We didn’t have to make a lot of effort. It’s a great scene and a great thing to do for the story because it rips them apart. Hopefully, they will make friends again, and when and if they do, it will mature them and their friendship.” 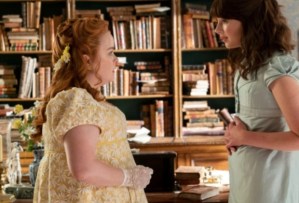 Jessie adds the scene was so intense that she and Nicola Coughlan, who plays Penelope, hugged it out when “cut” was yelled because they are friends in real life. Coughlan, in turn, says Jessie helped her process the scene.

“When I first read the script, I cried,” Coughlan reveals. “I was so nervous, and I wanted to do it justice. I couldn’t have asked for a better person to do it with, because Claudia is such a fantastic actor. I can’t imagine what a different experience Bridgerton would be if I were playing opposite anyone else.”

Coughlan shares that she still cringes at the fictional fight sometimes, but is hopeful the two will eventually reunite.

“Eloise and Penelope said such terrible things to one another, and only someone you love can really hurt you in that way,” she explains. “Penelope really was trying to save Eloise when she wrote those things, but her lying was the worst part. Friendship breakups are so earth-shatteringly horrible, it hurts your soul. We definitely felt the pain of it while we were shooting it.”

Are you sad or glad Bridgerton‘s Eloise and Penelope are on the outs, and why? Drop your thoughts in the comments.