“Transformers” producer Don Murphy and Susan Montford will produce via their Angry Films banner along with Flint Dille, the grandson of the original Buck Rogers creator 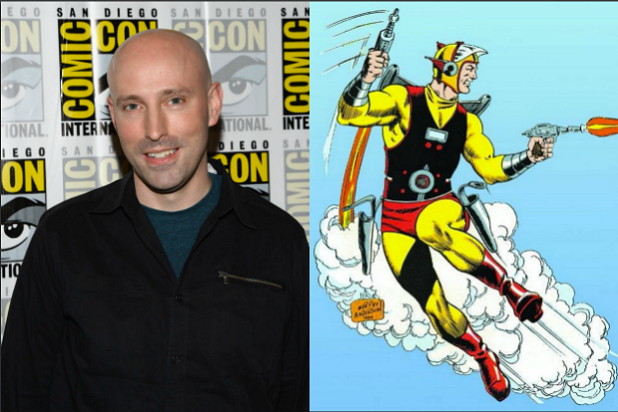 “Transformers” producer Don Murphy and Susan Montford will produce via their Angry Films banner along with Flint Dille, the grandson of the original Buck Rogers creator.

The project is based on the “Armageddon 2419 A.D.” novella by Philip Francis Nowlan that introduced the Buck Rogers character in 1928. The story centers on a coal mine inspector who awakens from suspended animation after 500 years to find himself in the middle of a planetary war.

“Buck Rogers” has been adapted into various comic strips, a movie serial, radio and television shows. Developed by Chicago newspaperman John F. Dille in the 1930s, it immediately became one of the world’s most popular comic strips, read by millions daily in the newspapers all over the world. The strip was essentially Rip Van Winkle in the future in which a modern-day man wakes up 500 years in the future to a world that is no longer recognizable to him. In this future world, so many of the staples of today’s science fiction films made first appearances: ray guns, rocket ships, jet packs, laser beams. The strip’s vision of the future influenced the World’s Fair and Tomorrowland in Disneyland. It became so popular that in 1939 it led to a wildly successful 12 part serial starring Buster Crabbe. Between the strips, serial and later comic books Buck Rogers became as known to every American as Tarzan and Mickey Mouse.

Mary Parent and Cale Boyter are overseeing for Legendary. Cory Kaplan of Angry Films will co-produce.

Legendary is planning something along the lines of what was originally planned for Stephen King’s “The Dark Tower,” with a prestige television series that leads to a blockbuster film franchise along with an anime-style animated series, all designed to reintroduce the Buck Rogers Universe to modern audiences.

Brian K Vaughan is a New York Times bestselling writer and co-creator of several critically acclaimed comics and graphic novels that have received 14 Eisner Awards, 14 Harvey Awards and a Hugo Award for his work with artist Fiona Staples on their series “Saga.” His other comic books include “Paper Girls” with artist Cliff Chiang that was recently picked up to series by Amazon from Legendary TV in association with Plan B, “Ex Machina” with artist Tony Harris, “Barrier” with artist Marcos Martin, and “We Stand on Guard” with artist Steve Skroce. In TV, Vaughan serves as an executive producer of the adaptation of FX drama series “Y: The Last Man” starring Diane Lane, and as an executive consultant of Hulu’s “Runaways,” which also is based on a comic by him.

Vaughan is repped by Verve and Ziffren Brittenham.

Dancing on Ice came back with a bang on Sunday night and there was plenty of drama on the ITV...