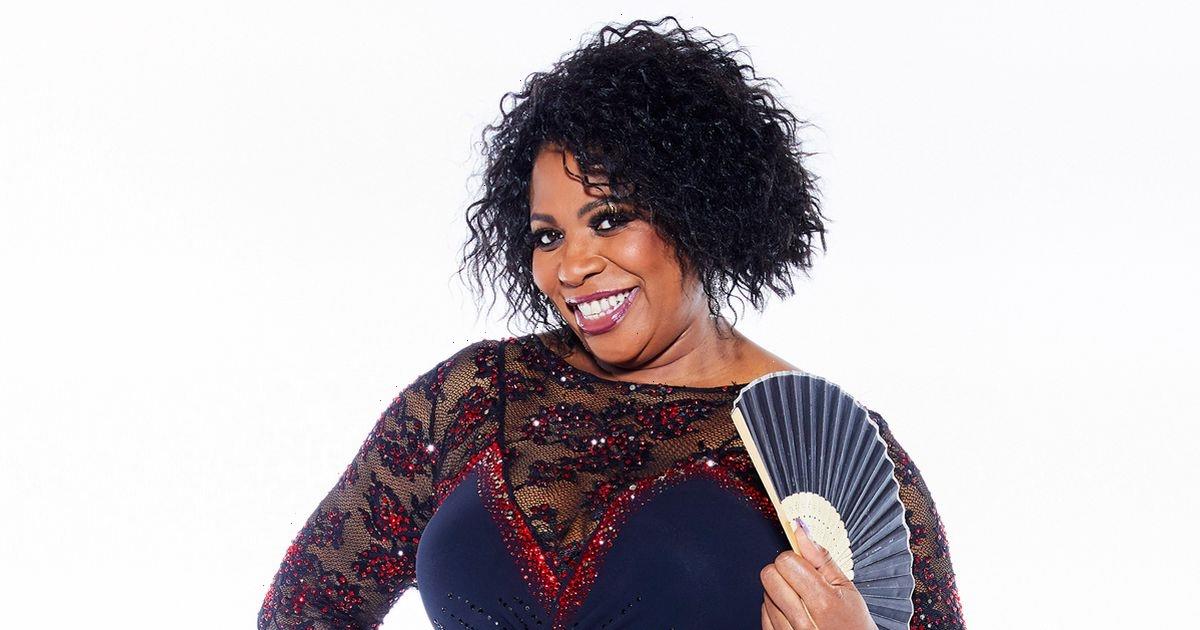 Since 2017, Ashley Banjo has been persuading brave celebrities to strip on TV, all to raise awareness about cancer.

And while it's the scariest challenge most stars have ever tackled, year after year new recruits sign up, for what turns out to be one of the most uplifting, inspirational and emotional shows of the TV year.

Of course seeing our small screen stars shed their smalls for charity isn't such a shock these days.

So Ashley and the production team constantly work on changes to the basic format of the show, to keep viewers tuning in.

Last year's plucky celebrities faced a very chilly time baring all, as they did their strip routine on ice. But this year, there's a rather elegant take on the whole event, as the brave participants bring some Strictly ballroom glitz to the stripping spectacular.

The stars will perform their routine in Blackpool – the British home of ballroom which traditionally plays host to the BBC dance show – with the dance choreographed by Ashley Banjo.

But he's not just calling the shots and plotting the moves, as he will be disrobing alongside his celeb pals.

Cancer is a disease that touches us all, and the stars who agree to take part each have their own story, whether that means they've had a loved one affected or have fought their own battle against the big C.

For Loose Women star Brenda Edwards, the cause couldn't be closer to her heart, as she has fought breast cancer.

And she's now explained to new! how exposing her mastectomy scars on TV was incredibly scary, but totally worthwhile…

Hi Brenda. What made you decide to do this?

I’m five years free of cancer. I was diagnosed with stage three breast cancer in 2015, had a mastectomy, lost all my hair, and this is me celebrating five years of being cancer free. I’m here and I’m smiling! I just want to help other people. But I am really nervous. I’ve never done something like this before – it’s quite exposing.

How do you feel about stripping naked?

Nervous, because I have never shown my breast and mastectomy scars. A lot of people think because I have a big voice and big personality that I’m strong, but showing that vulnerability is scary. And I’m always worried about what people will think of me. When you think about 3,000 people sitting there watching, that’s quite frightening.

That’s what I’m hoping. I had a hard time just telling my family I’m doing this, it’s a massive thing for me. I’m going through the early menopause because of the chemotherapy, so I‘m just sweating, sweating, sweating! I’m in a panic if I’m perfectly honest, but I have Duncan as a partner.

And you’ve known Duncan [James] for a long time…

Duncan and I did Chicago together back when I finished The X Factor in 2005. He was my Billy Flynn and I was his Mama Morton. We’ve been friends ever since. We’ve been through so much together – he was there when I had cancer. When I saw him on the set, I just ran and jumped and smothered him. I’ve literally never straddled a man like that in my life!

Has anybody told you not to do it?

I was worried that my aunt, Pamela Patrick, would be embarrassed. I was raised Pentecostal, in the church environment, from the age of four when my parents died to the age of 18-19, so I’ve lived a very sheltered life. Showing your body is not the thing to do. But my aunt gave me her blessing and she knows I’m doing it to raise awareness for other people.

How do you feel about the routine you’re doing?

It’s really nice because Ashley has figured out all of our personalities, and each of us have little moments where we do our thing which plays to our strengths. It’s an absolute honour to work with him. I’ve watched the show for so many years and Coleen [Nolan] –obviously a fellow Loose Woman – has been asking me to do this for so many years and I was like, “Hell, no!” But obviously that changed.

Strictly The Real Full Monty airs on Monday on ITV. For more TV news and interviews, sign up to OK! newsletters here.