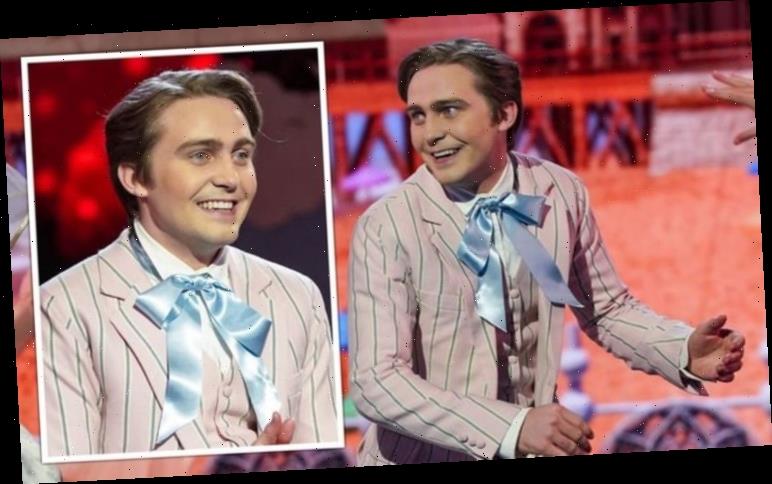 All Star Musicals: Barney Walsh praised by judges for performance

Bradley Walsh and his son Barney aren’t new to a challenge. On their ITV show Breaking Dad they have faced all sorts of crazy situations while travelling across Europe, like parasailing down a skyscraper and extreme cliff-diving. But on tonight’s All Star Musicals, Barney took on a different challenge that probably would have been a breeze for his dad: singing and dancing to a musical song.

Barney was the second person to step foot on stage tonight after Robert Rinder, best known as Judge Rinder, wowed the judges with a flawless performance as Lumiere from Beauty and The Beast, singing Be Our Guest.

The 23-year-old had to fill big shoes and the song he was assigned to perform was definitely a challenging one.

Flash Bang Wallop from the musical Half A Sixpence required Barney to learn complicated choreography as well as memorising the lyrics to the high-tempo song. 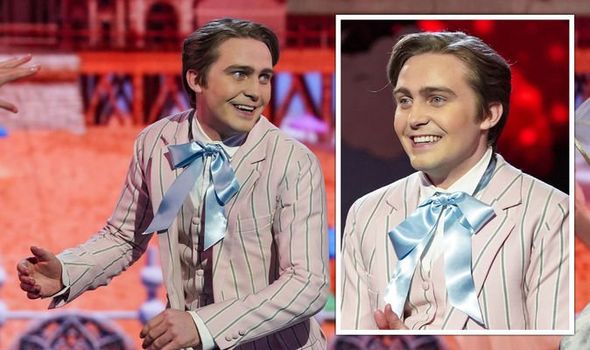 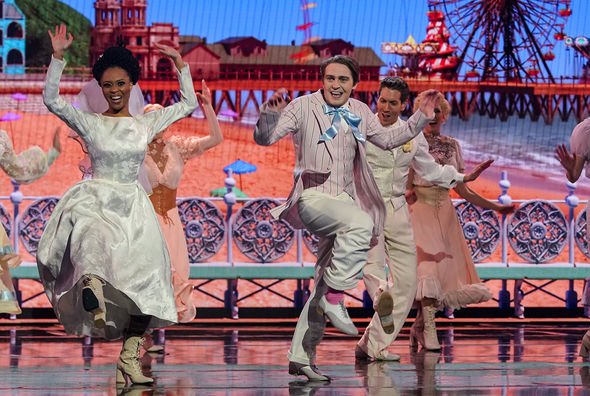 “You rose to the challenge, you really did. I mean it was bang on. That was not half a sixpence, it was a million dollars. Fantastic!” said Elaine.

Touched by the comments, Barney replied: “That means the world, thank you so much, Elaine.”

Samantha then added: “I really think that you dug into the storytelling and it was actually when you really let your cheekiness shine that it was at its best.”

However, fans on Twitter were split on their opinion on the young star’s performance 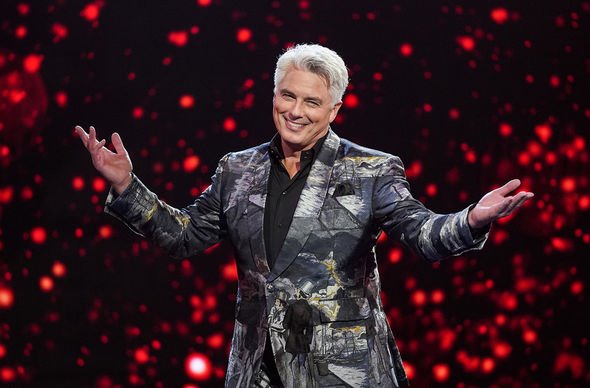 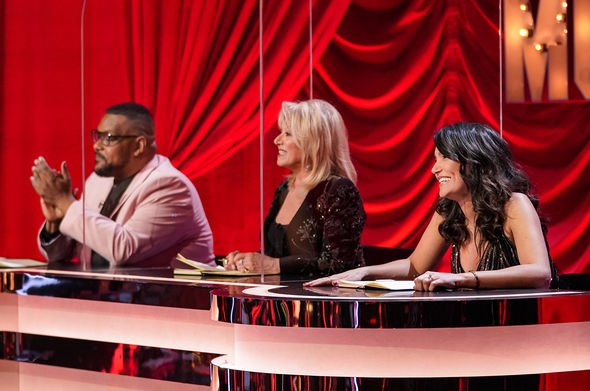 One person who enjoyed it said: “Barney absolutely killed that, didn’t miss a note or a beat #AllStarMusicals”

“Barney would be great in the theatre, suits him, he did rather well #AllStarMusicals” added another viewer.

“Wonderful Barney just like your dad he has excellent stage presence #AllStarMusicals”, added a fourth.

Barney’s dad Bradley is sure to have some notes for his son as he himself has had quite a career as an actor and singer.

Bradley also performed in the West End in a production of Les Miserables.

Another person appreciated Barney’s effort and how he got over his nerves: “Aw Barney did well, deffo eased into it as the song went on. Looks like quite a hard routine to do! #AllStarMusicals”

However others weren’t as kind: “Barney did ok, but not sure his voice was quite strong enough or rich enough. Something didn’t seem quite right #AllStarMusicals”

When it came time for the judges to vote though, they only gave the young actor a 24, which enraged some viewers.

“Barney deserved a 30!!! I will give all my money if I could just vote for him #AllStarMusicals,” commented an outraged fan.

“Dr Ranj got a better score than Barney Walsh??? #AllStarMusicals,” added another.

A third questioned the judges’ decision saying: ”How in God’s name have they given these 30 points but Barney got a lower score? He objectively had a much harder job and he did so well!”