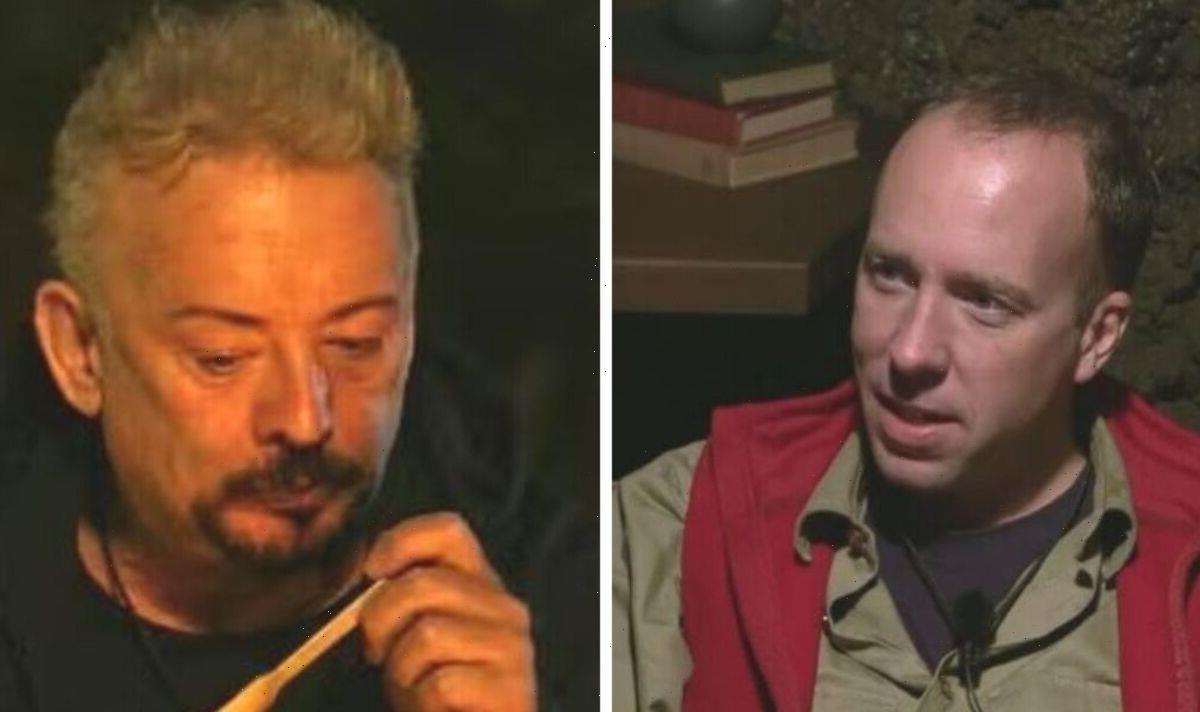 Boy George in particular was torn by the former health minister’s casting on the ITV reality show. Recalling how his mother had been hospitalised during the COVID-19 pandemic, the singer shared his reluctance to welcome the MP into camp. Speaking in the I’m A Celebrity Bush Telegraph, he admitted if his mum hadn’t survived he’d have “left” when Matt walked in.

The contestants were stunned to see Matt and fellow latecomer Seann Walsh.

After the shock had sunk in, the campmates discussed the latest update amongst themselves.

Hollyoaks star Owen Warner asked comedian Babatúndé Aléshé: “Do you have any strong views on the geezer?”

Babatúndé replied: “It’s hard to kind of like push your views aside, it really is, because of the many people whose lives have been affected.

Coronation Street legend Sue Cleaver said to Boy George and Mike Tindall: “He [Matt] sticks out like a sore thumb.”

“He must be very nervous…” Sue responded as Boy George continued: “I could hear it in his voice.”

Later, the Karma Chameleon singer told A Place in the Sun star Scarlette Douglas: “You know, beginning of the pandemic, my mum was in hospital.

“I wasn’t allowed to see her. I thought she was going to die.

“I was tweeting Greenwich hospital going, ‘Please look after my mum.’

“I used my name, I was like, ‘Please look after my mum.’ And they did, she was fine…

“It’s difficult for me because, you know, had something happened, if my mum had gone, I wouldn’t be here now.

“I would have gone when he walked in.” The 61-year-old later aired his concerns again in the Bush Telegraph.

Speaking to the cameras, he repeated: “If I had lost my mum, I would go.

“And I feel a little bit selfish, you know, just kind of… everyone’s so nice to him and I was like, ‘Jesus, what we gonna do? I don’t want to spoil this experience for myself.’

“I’m not good at hiding what I feel. Especially when it’s something so strong.”

Matt’s casting on the show has been the subject of controversy and made national headlines since it was announced last week.

The 44-year-old has been suspended as a Tory MP, and several politicians have spoken out against his decision to join the show.

The West Suffolk MP was forced to resign as health secretary after breaking coronavirus lockdown rules he had implemented.

It was revealed he had conducted an affair in his ministerial office during lockdown.

I’m A Celebrity… Get Me Out Of Here! continues on Thursday at 9pm on ITV.