When Andrew Lloyd Webber’s musical adaptation of Sunset Boulevard premiered in 1993, it became a major hit. But few people then, or even now, are aware of a much earlier attempt to bring the classic film to the stage—by Gloria Swanson herself.

Boulevard! A Hollywood Story, directed by Jeffrey Schwarz, explores how Swanson, five years after her star turn as Norma Desmond in the 1950 Billy Wilder drama, threw herself into the adaptation project with a pair of unknowns. Her collaborators: handsome young composer Dickson Hughes and even more handsome young lyricist Richard Stapley.

“[Hughes and Stapley] were creative partners and also life partners,” Schwarz noted Tuesday night at the world premiere of his documentary at the Outfest film festival. The event took place—where else?—on Sunset Boulevard, at the DGA theater in West Hollywood.

The tale takes as many twists and turns as the celebrated road through Los Angeles. Swanson sought the rights to adapt the movie through her contacts at Paramount. Wilder either thought it couldn’t or possibly shouldn’t be done, but Swanson’s heart was set on it. Sunset Boulevard had become her greatest screen triumph, certainly of the talkie era, and what’s more, she had always dreamed of a career as an opera singer. 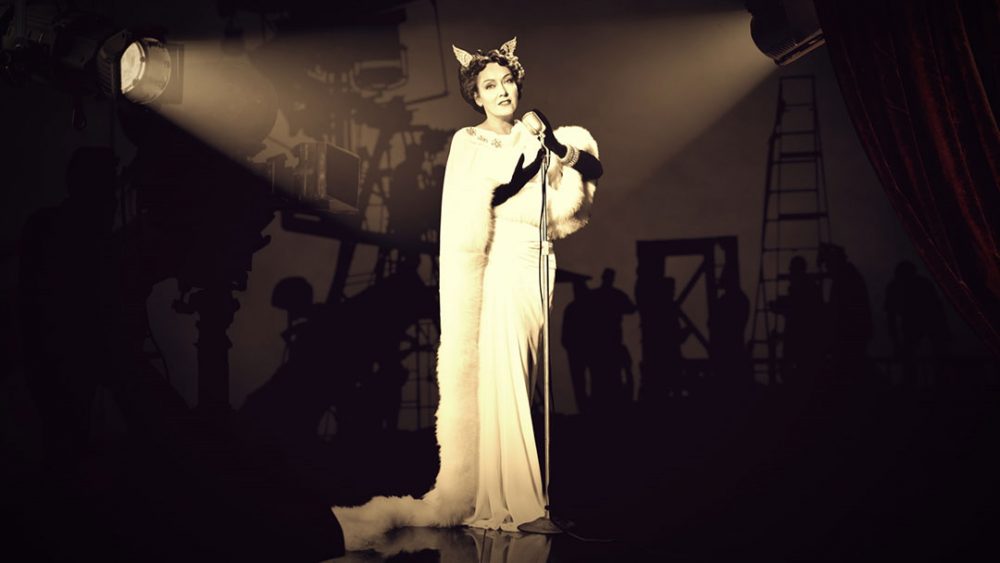 “She became a huge, gigantic movie star, but she always wanted to sing,” Schwarz told Deadline. “She always had her eye on wanting to musicalize Sunset Boulevard… and she had such a wonderful experience making that film she never wanted it to end. So by making a musical for it she could do it every night.”

The original film noir, of course, revolves around an aging and delusional silent movie actress (Swanson), who enlists a handsome young screenwriter (William Holden as “Joe Gillis”) to relaunch her career in talkies. Joe: “I didn’t know you were planning a comeback.” Norma: “I hate that word. It’s a return.”

Stapley, a former actor, had good looks enough to rival Holden. Swanson knew Stapley and Hughes were a gay couple, but that didn’t prevent things from becoming, uh, interesting.

“Our film is about a love triangle between Gloria and Richard Stapley and Dickson Hughes,” Schwarz observed. “During the course of the writing of the musical—much like in the film—Gloria kind of developed feelings for Richard Stapley.”

Swanson, Stapley and Hughes have all passed on, but the director was able to access archival interviews with both lyricist and composer discussing what transpired as the Sunset Boulevard collaboration developed. So far as anyone knows, no such audio exists of Swanson speaking about the project. 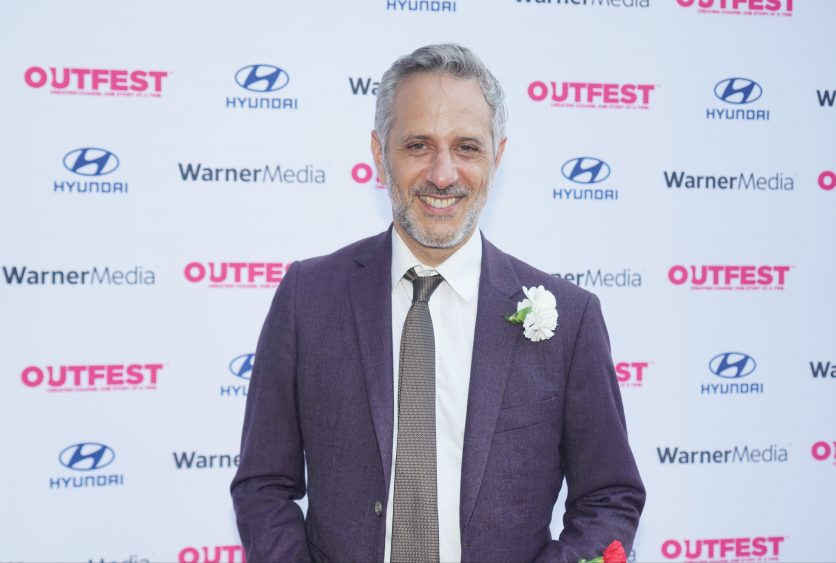 “Gloria loved to be on camera and loved to be interviewed, but she never once talked about this musical,” Schwarz said. “But in her archives she kept all the letters, all the sheet music and she had test recordings that the three of them did for her musical.”

Swanson died in 1983 at age 84. But if Schwarz could have interviewed her…?

The film is not only a piece of entertainment history, but of cultural and LGBTQ history. Friends describe Stapley as eager to promote a macho image in person and he even raced motorcycles professionally—when he wasn’t on screen, often in heroic roles, saving the day and wooing ladies. 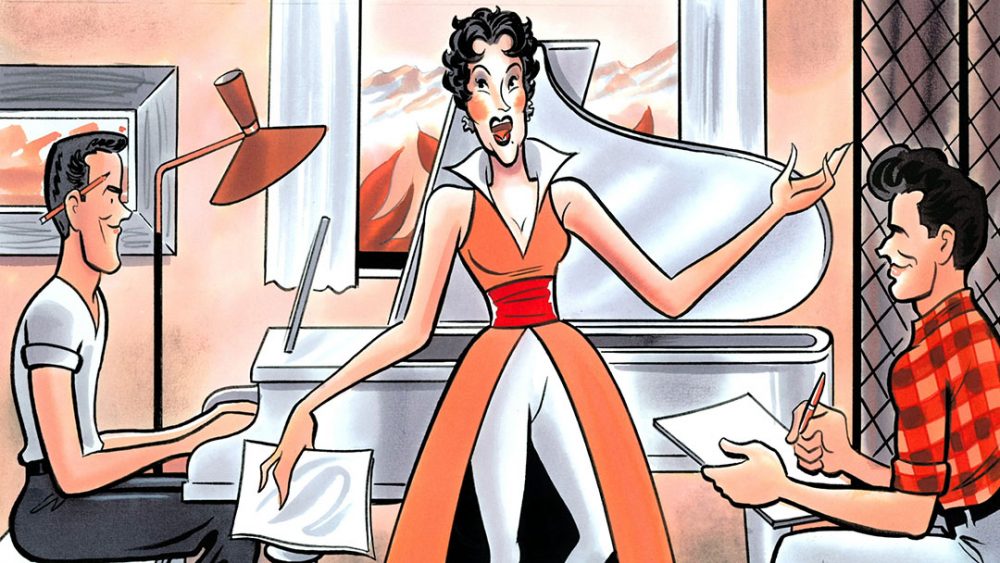 “Stapley had his sights on becoming a big, mainstream Hollywood movie star. But he was deeply closeted also,” Schwarz said. “Much like many actors of the time including Tab Hunter, who we did a film about a few years ago, he had to live with that fear of being exposed. He certainly couldn’t go to a premiere with his boyfriend Dickson. And they had to live their lives very close to the vest. Now with this film, we’re living in a very different time, and I love the idea of going back in time and revisiting these queer love stories that they couldn’t tell themselves.”

Boulevard! A Hollywood Story is an acquisition title. Regarding a future distribution deal, Schwarz said, “We’re working on it now. Right now, we’re focusing on our festival run, which is really the road show version of the movie… We’re playing all over the world over the next few months.”