The third episode of season 10 of Bob’s Burgers just aired on Fox. In “Motor, She Boat,” Tina and Bob team up to win a boat race against other Thundergirls troops. In Bob’s Burgers, Tina often takes on the role as the show’s forefront character and her father-daughter relationship with Bob is very special. While Bob and Tina are not as similar as Bob and Louise, “Motor, She Boat” shows how well Bob and Tina can work together as a team. 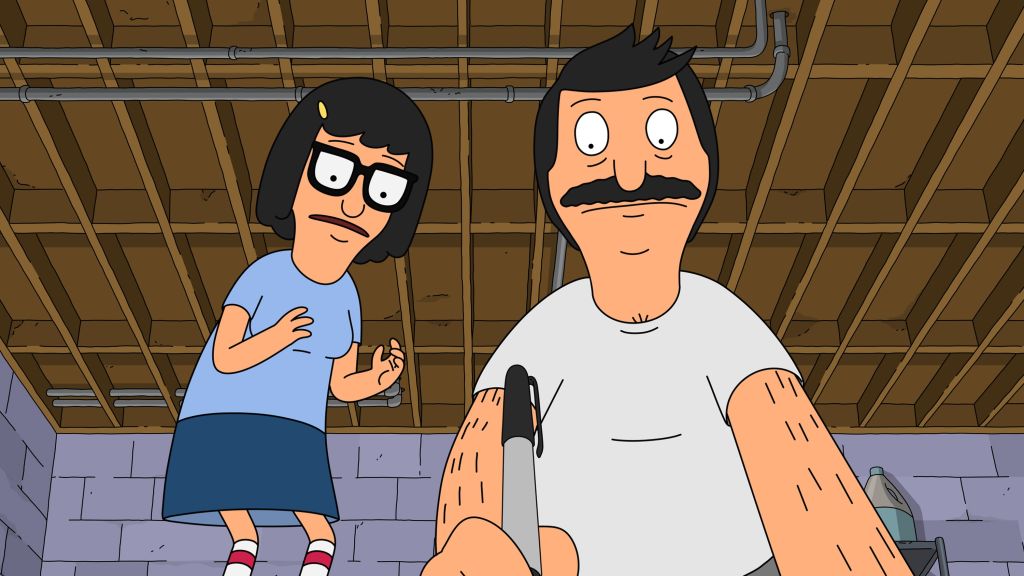 For the Thundergirls race, the boat must only be made out of cardboard and tape. Unfortunately for Tina, Bob is terrible at taping things together. Tina tries to encourage Bob to watch a video tutorial on taping before she decides to craft the boat herself.

When Tina overhears Bob telling Linda that Tina does not need him anymore, she feels guilty and lets Bob help her. When Bob and Tina arrive at the race, the boat Bob built falls apart. Tina loses her cool and tells Bob that he ruined the boat.

Tonight's episode is a real jaw-dropper. Show starts at 9/8c on @animationonfox – don't be late!

Linda does not like that Louise and Gene are growing up

In the B story of the episode, Linda tricks Louise and Gene into attending an open house at the fire department. At the beginning of the episode, Gene and Louise said they did not want to go because they are too old. Linda asks for them to come to the farmer’s market with her, when instead she takes them to the fire station.

“You’re a liar!” Louise yells. “You’re not taking us to the farmer’s market at all. You’re teaching us to lie! All along I was like ‘You were born bad,’ but it’s not. It’s the nurturing!”

Feeling stuck because you missed tonight's episode? Let the link in our bio get you out of that jam. Re-watch Motor She Boat now!

At its core, Bob’s Burgers is a comedy about a family supporting each other. After Tina yells at Bob, she sulks off and sees the rival troop, Troop 257, plans to cheat by attaching a motor to the boat. Tina tells the leader of the Thundergirls, Karen, and her own troop. Even after she tells them, no one cares to help.

Tina goes to Bob for help and apologizes for her behavior. He believes what she says about Troop 257 and helps her come up with a plan to swap out the boats to prevent them from cheating. After swapping the boats, a girl from Troop 257 still wins.

Tina comes in second place, and Bob enthusiastically runs to her side to celebrate. “Motor, She Boat” displays what makes the Belcher family so wholesome. While Bob might not be good at taping things, he is a good dad. He helps Tina when she needs him and celebrates her accomplishment when she comes in second, making her a priority over Troop 257.