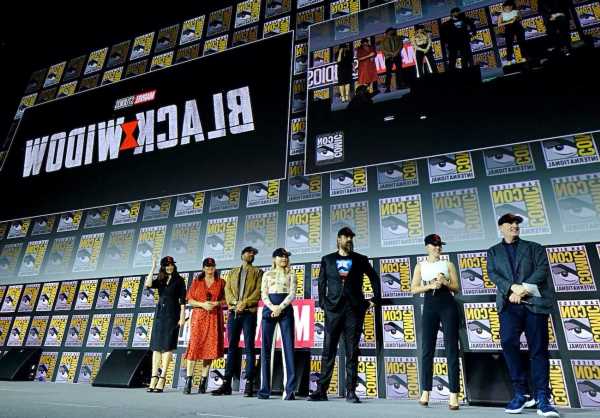 Black Widow will finally hit theaters in July, more than a year after the film’s original release date. A Marvel movie set years ago in the middle of Phase 3 featuring a now-dead character might not seem relevant to the current Marvel Cinematic Universe.

But Black Widow may end up being more important to the MCU than fans thought.

Natasha Romanoff (Scarlett Johansson) is finally getting a solo feature film with the long-awaited Black Widow. But thanks to the pandemic, the movie will debut more than two years after Marvel’s last release Spider-Man: Far From Home.

The story takes place between the events of Captain America: Civil War and Avengers: Infinity War. At that time, Natasha was on the run when Earth’s Mightiest Heroes divided up into separate factions.

Black Widow will return to Russia, where she joins forces with her makeshift family to take on Taskmaster, who is now in control of the Red Room.

Starring alongside Johansson in Black Widow will be Florence Pugh, Rachel Weisz, David Harbour, and O.T. Fagbenle. We know that Pugh and Weisz star as Yelena Belova and Melina Vostokoff, respectively, who were both trained in the Red Room.

The studio has finally given fans a peek at the Black Widow cast with the release of new character posters. Including up-close, detailed shots of both Red Guardian and Taskmaster. However, with Taskmaster completely suited up, the actor behind the mask remains a mystery.

With such a long break between Spider-Man: Far From Home and Black Widow, there have been fears that Marvel’s latest feature could be stale before it hits theaters. As the release date gets closer, the studio is doing all it can to spark fan interest.

With Marvel’s ability to thread storylines, there’s a good chance that Black Widow will be setting up the future of the MCU. Even though the film takes place years ago.

As Screen Rant notes, the most obvious storyline the film could set up is Johansson’s Romanoff passing the Black Widow mantle to Pugh’s Belova.

But according to Harbour’s latest Instagram post, Natasha Romanoff’s swan song could also be the MCU’s way of introducing the Winter Guard.

Who is the Winter Guard?

For fans not familiar with Marvel comics, the Winter Guard is Russia’s version of the Avengers. Red Guardian is a super-soldier created in the Cold War just like Captain America. His character profile suggests that the United States and the Soviet Union had a superhero arms race.

This has led to speculation that the film will flesh out more MCU cold war history, just like they did in The Falcon and the Winter Soldier. In the Disney+ series, they introduced Isaiah Bradley, a Captain America who served during the Korean War.

There’s also a possibility that Black Widow will introduce more superheroes who served during that time. Harbour actually hinted that the film could do just that in his latest Instagram post.

Like the Avengers, the Winter Guard has had different incarnations throughout comic history. In his latest Instagram post, Harbour celebrated the movie’s upcoming release by mentioning some of the characters who’ve been part of the Winter Guard.

“Ursa, Yelena, Nat, CD, Sputnik, I, and all the rest of the winter guard look forward to sharing a popcorn bag and a big ole screen in a dark theater with ya on July 9🕷 #blackwidow #redguardian,” Harbour wrote.

To review, Harbour called out Ursa Major, two Black Widows, Crimson Dynamo, and Sputnik. This comment has made fans curious about the Winter Guard concept.

It could have a huge impact moving forward. There’s also the fact that Ursa Major is a mutant, which means it just might be Black Widow who introduces the mutants to the MCU.