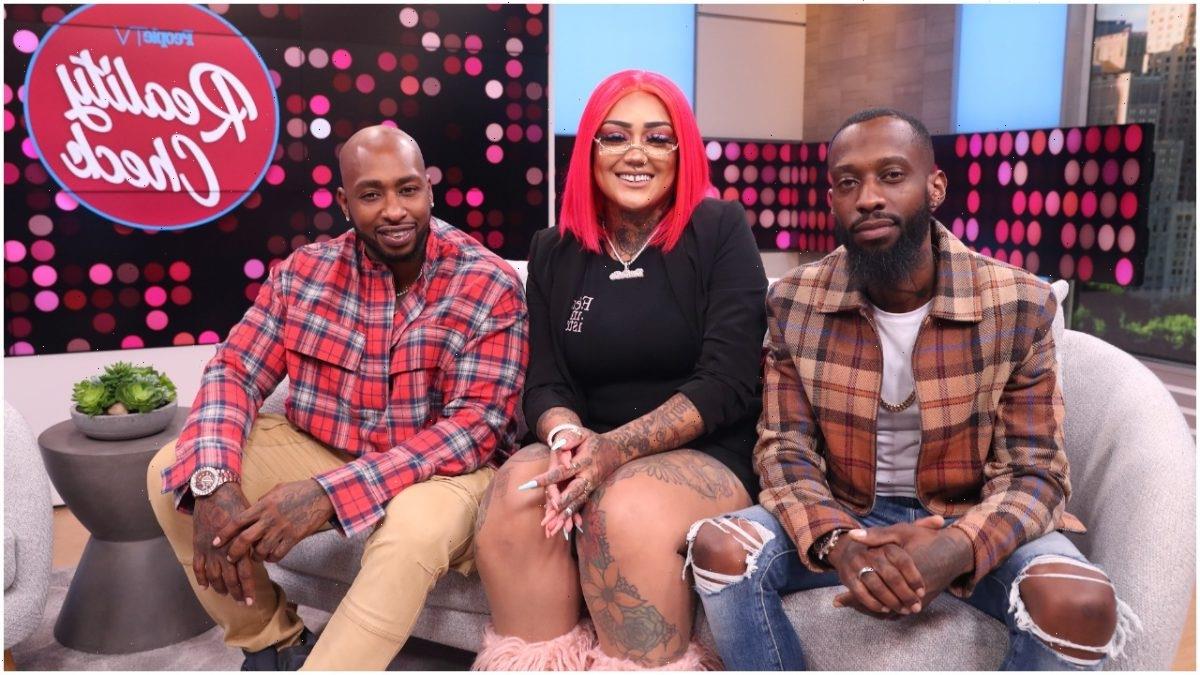 When Black Ink Crew returned with season 9 episode 11, the crew hadn’t talked to Alex Robinson since the alleged domestic violence incident between him and fianceé Taylor “Donna Marie Lombardi” Pinckney.

He spoke to other tattoo artists at their “vax the block” event and recanted, claiming he lied about it. However, shop owner David “Ceaser” Emanuel noted he felt Donna became “too toxic” to keep around, pointing out the acts of violence, anti-Asian remarks, and “liking” comments that spoke negatively about him.

While Alex is still a welcomed artist, Ceaser banned Donna from the shops and any upcoming events as he feels she’s on a “downward spiral.” Alex later shared the news to his fianceé on Facetime, and she became emotional, claiming she’s gotten into therapy and “trying to grow.”

During one of her last confessionals, Donna admitted she felt “abandoned” as she feels they’ve wanted her out for a while. The Ohio native later visited Young Bae at her shop and apologized for her insensitive comments. Looking back at her nearly seven years as part of the franchise, Donna called it a “learning lesson” before exiting, seemingly for good.

When Black Ink Crew Season 9 left in June 2021, Ceaser temporarily banned longtime employee Walt after believing he had something to do with a break-in at the shop.

Even though he confessed to taking some money out of the cash register, which he claims he intended to pay back, the comedian denied having anything to do with the robbery. The season returned in Feb. 2022, and Ceaser hosted a press conference to reveal his side of the story regarding the situation with his daughter and her mother.

Walt saw and decided to reach out to his once-close friend to offer support. The two talked, and Ceaser explained he’s gone through many betrayals, and Walt used the opportunity to declare his innocence.

However, the conversation got heated when Ceaser asked if his former manager would have owned up to taking the money had the robbery not happened. Ultimately, the shop owner felt it best to part ways with Walt and told the longtime employee he no longer had a spot at Black Ink. In a confessional, Ceaser admitted he doesn’t know if he and Walt will ever speak again.

In 2013, Walt debuted as a supporting cast member in the first season due to his then-position of assistant manager at the flagship tattoo shop, affectionately called 113th.

By season 6, he was bumped up to a starring member. Throughout his time on the series, viewers followed Walt as he got in touch with his father’s family, welcomed a daughter, met and married Jessica, and followed passions including photography and stand-up comedy.

Donna first debuted on season 3 (2015) when she moved from Ohio to New York to become Ceaser’s apprentice. She became a full-time member the following season and had more of a rocky story due to several fights with other staff and many romances.

Ultimately, Donna found love with another tattoo artist, Alex, and the couple has since gotten engaged. Black Ink Crew airs Mondays on VH1.