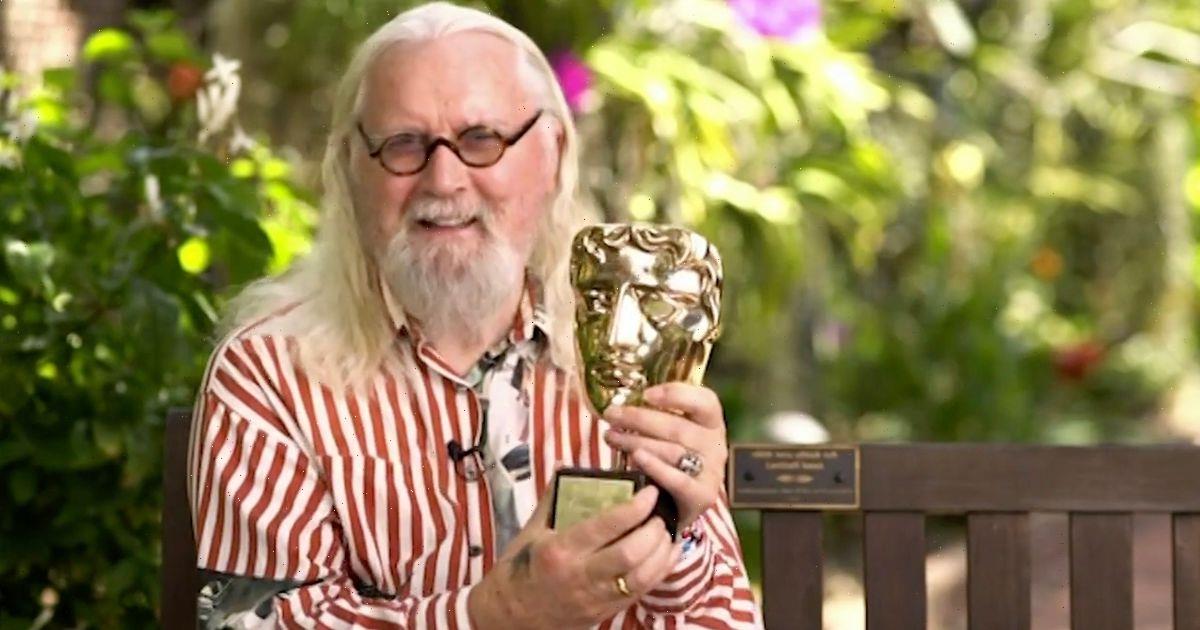 Sir Billy Connolly opened up about his life with Parkinson’s disease in his moving speech at the TV BAFTAs.

The comedy icon appeared in a pre-recorded speech to accept the prestigious Fellowship award at the 75th BAFTA Television Awards 2022.

In his powerful speech, Sir Billy opened up about how Parkinson’s disease has affected his life as it progressively damages the brain.

In a candid speech, the 79-year-old began: “I am very proud to receive this. Life is good. I haven’t been on the stage for about two years. This is kind of nice. It suits me.

He continued: “Symptom spotters among you may notice that my left is different from my right. It is just one of these things. Parkinson’s disease. I suffer badly from the disease.”

The comedian and musician added that his wife Patricia Stephenson also dresses him, he said: “My wife puts on my clothes in the morning and takes them off at night. It is a jolly life. I have got no complaints.”

He then took a moment to reflect on the changes that have happened in the world during his 50 years in comedy. He continued: “I went from strength to strength on television and here we are today getting this award.

“I couldn’t be happier. It has made me such a happy man getting these good attendance medals now my career is out the window.”

Since his diagnosis in 2013, Billy has spoken openly about Parkinson’s and has said he has “absolutely no regrets” from his incredible life.

The Fellowship is the highest accolade that BAFTA can bestow on an individual to pay tribute to their exceptional career and contribution to film, television or games.

Previously, Billy said about the award: “I am deeply honoured. Fifty films and… I can’t remember how many TV shows – as well as my stage comedy – added up to something that’s a joy to look back on. A lovely thing.

“I have no regrets at all. I had no idea the Fellowship existed, but I’m told it’s a big deal! It’s lovely to be recognised and to become a jolly good fellow.”

Stay up to date with all the latest on the BAFTAs by signing up to OK!'s daily celebrity newsletter .