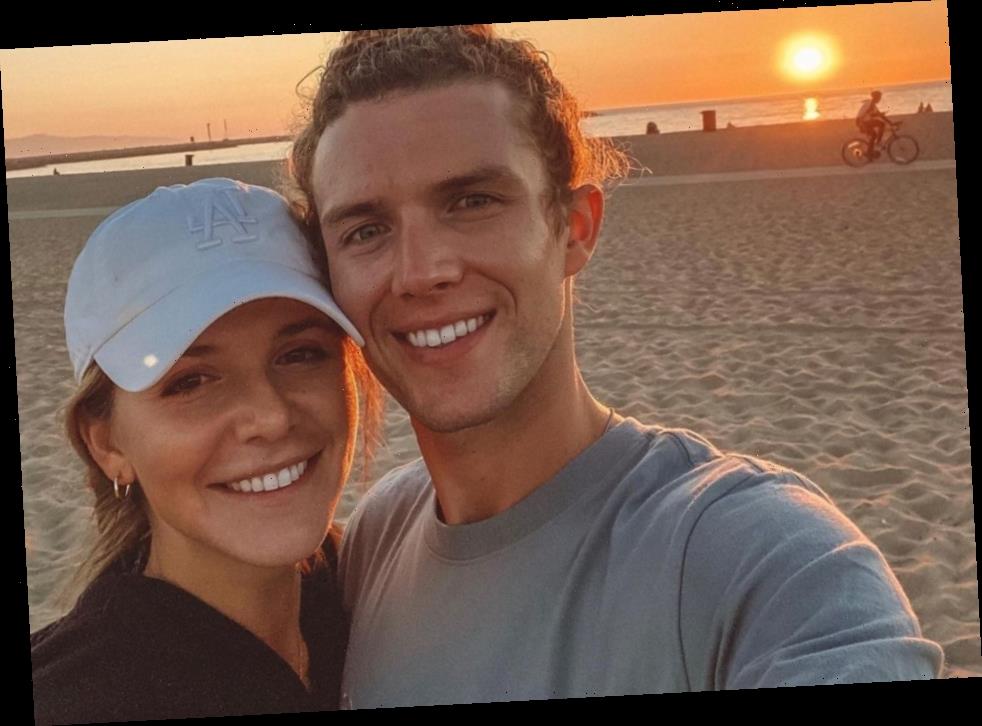 Tyler Crispen and Angela Rummans are getting married!

On Sunday, the Big Brother alums announced their engagement and shared photos on Instagram along with a YouTube video of the romantic proposal, which took place on the beach in Hilton Head, South Carolina, on Jan. 10.

"YES to forever and ever and always. You and me babe, for the rest of time. ♥️ 1.10.2021 "If it's meant to be, it'll be,' " Rummans, 29, wrote alongside her post. "Thank you for giving me the best and most perfect day of my life. I love you more than I can say in words, and I cannot wait for the next chapter of our lives. For now, let's savor this time and soak in all of the excitement our future holds."

"He got me good!" the Unbothered author continued. "I had no idea this day was going to turn into a day that would change our lives forever, watch how it all went down on our YouTube. Also grab the Kleenex's."

In his own post, Crispen, 25, included a photo of the moment he got down on one knee to pop the question while surrounded by roses. "The greatest day of my life. ❤️ WE'RE ENGAGED!" he began his caption.

"@angelarummans You make everyday seem like a dream come true and I am now officially the luckiest person on the face of the earth," Crispen continued. "I'll love you to infinity and beyond."

Crispen and Rummans first met and started dating on season 20 of the hit CBS reality series in 2018, when Rummans finished in fourth place while Crispen came in second and was named America's Favorite Houseguests by the viewers.

After the season wrapped, the pair moved in together in Los Angles but later moved to Hilton Head, where they are both from. Want to get the biggest stories from PEOPLE every weekday? Subscribe to our new podcast, PEOPLE Every Day, to get the essential celebrity, entertainment and human interest news stories Monday through Friday. Get a taste of the podcast below.

After entering season 22, Crispen told Entertainment Tonight that it was "really tough" to leave Rummans at home.

"We are literally inseparable. Like, since the day we met in the Big Brother house, we have spent less than 10 days apart," he said at the time. "And we do everything together, from traveling to our business to literally just eating every meal. We do every single thing together. "To be torn apart like this is like, it's not easy. But we both know it's for a reason."

Crispen and Rummans are not the first people to find love in the Big Brother house.