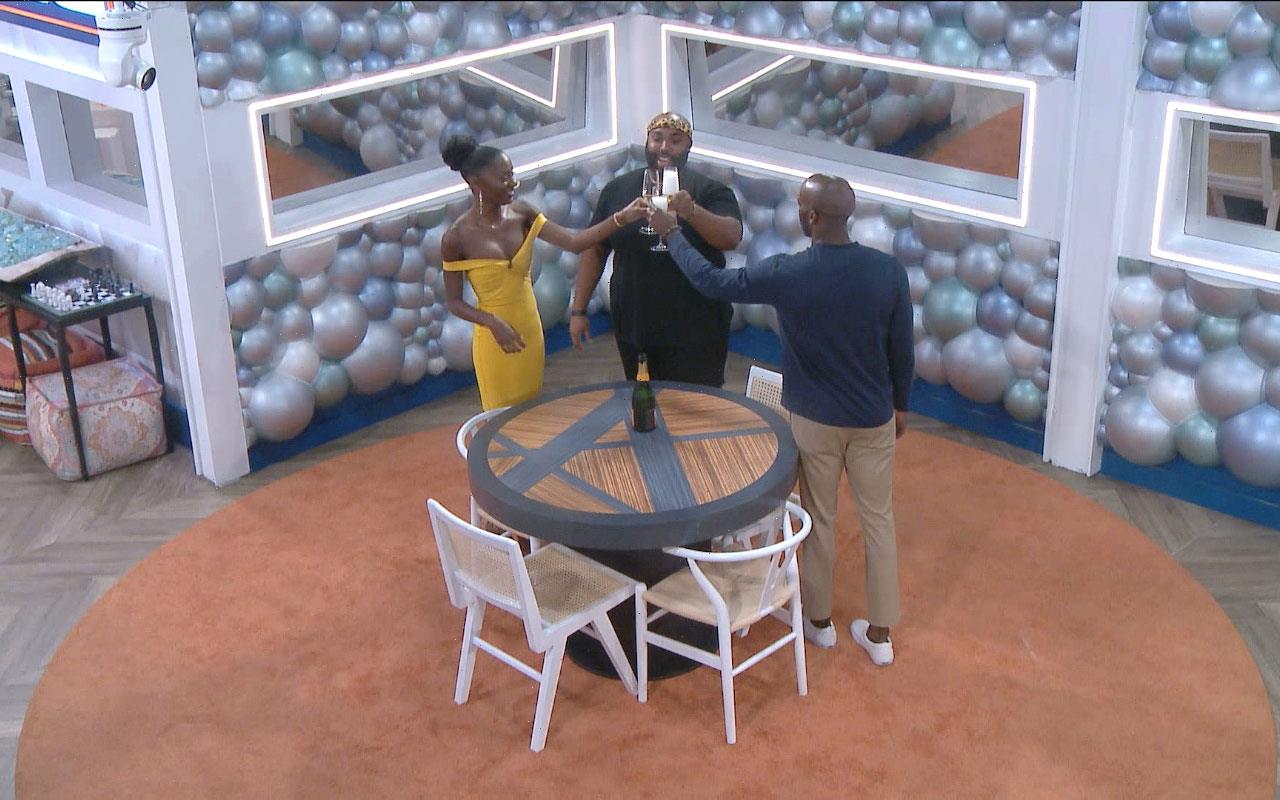 In the finale of season 23 of the long-running CBS competition show, things are all down to finalists Big D, Azah and Xavier as they are vying for the final prize of $750,000.

AceShowbiz -“Big Brother” season 23 has crowned its winner. In the season finale, which aired on Wednesday, September 29, things were all down to finalists Big D, Azah and Xavier as they were vying for the final prize.

In the second part of of the final HOH competition, Big D and Azah faced off with the winner competing against Xavier in part three. Big D and Azah had to race up the stairs to roll their slot machine to the four correct houesguests. Azah won the challenge as she finished in 13:19 minutes.

Big D’s fate would be determined by either Azah and Xavier and it was surprising to see him arguing with the two instead of convincing them to take him with them in the Final 2. Big D accused Azah of going back on their deal to take him to the Final 2, while he admitted that he wanted to take Xavier with him should he have won the final HOH. That made Azah considered taking Xaxier with her to the Final 2.

It was time to the the final part of this season’s last HOH competition. Xavier and Azah had to which one was false among the three “facts” about their evicted jury members. Xavier guessed the eight questions correctly while Azah got one wrong, making the former the winner and become the final HOH.

Xavier ultimately decided to go to the Final 2 with Big D, meaning that Azah was eliminated. It was then time for Xavier and Big D to plead his case in front of the jury. Big D continued to repeat that he worked hard to get the Cookout to the end. Meanwhile, Xavier explained his robust strategy.

The nine jury members voted and Xavier was revealed to be an easy winner by a vote of 9-0. That made him the first African-American contestant to win the long-running show and take home $750,000. Big D, meanwhile, won $75,000 with Tiffany taking home $50,000 prize for being the winner of “America’s Favorite Houseguest”.