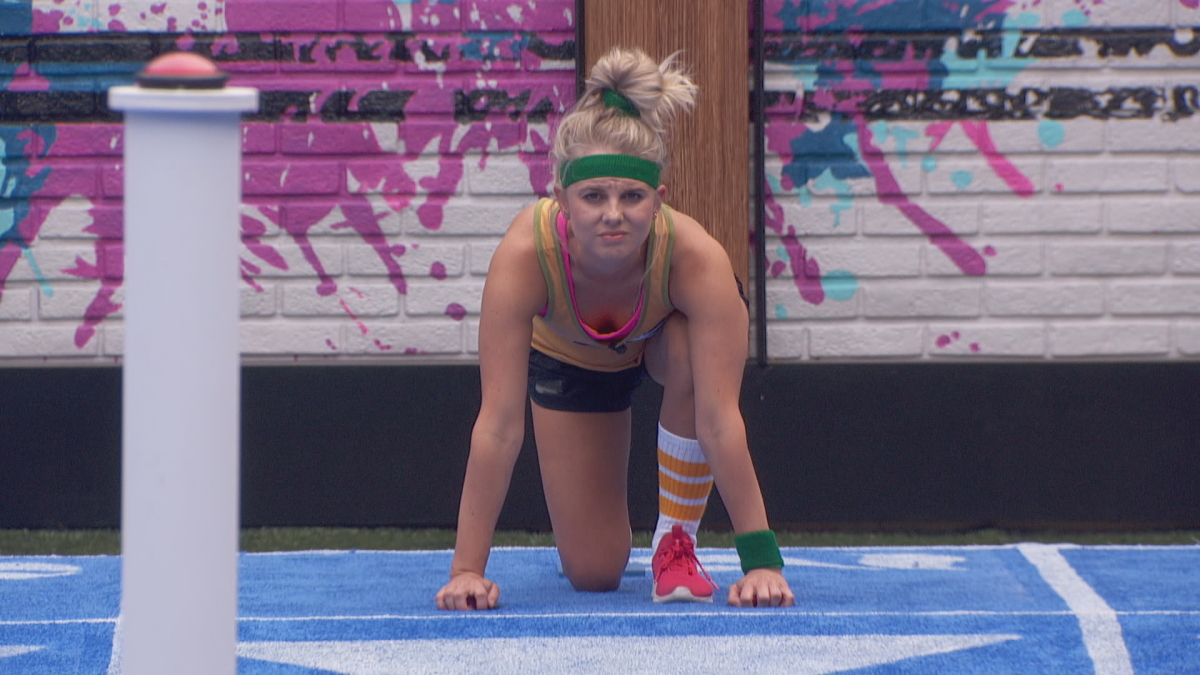 Big Brother 22 rumors suggest that Nicole Franzel has lost one or more sponsors due to her behavior in the house this season. Whether she has or not, it has certainly drawn a public response from at least one company she works with.

At issue is how a lot of the BB22 cast has been treating Ian Terry behind his back. That includes Nicole, who has been very supportive to Ian when he is in the room, but when he isn’t, she has been partaking in sessions where people in the room just sit and make fun of him for long periods of time.

On Tuesday of this week, it got especially bad in a room that included Nicole, Daniele Donato, Memphis Garrett, and Christmas Abbott. Then, on Wednesday night, it continued with Nicole, Dani, Memphis, and Cody Calafiore making jokes and laughing at Ian’s expense.

As we have reported before, Ian has been very open about having autism. It leads to him needing to self-soothe at times (like rocking back and forth or swinging on the backyard hammock) and the anxiety in the BB22 house nearly led him to self-evict recently.

Has Nicole Franzel harmed her brand?

There has been a lot of chatter on social media over the past few hours about companies possibly ending partnerships with Nicole Franzel. Below are some of the posts that have shown up on Twitter.

In the post below, a user claims that BlanQuil — a company that produces quilted weighted blankets — has begun to distance itself from Nicole. 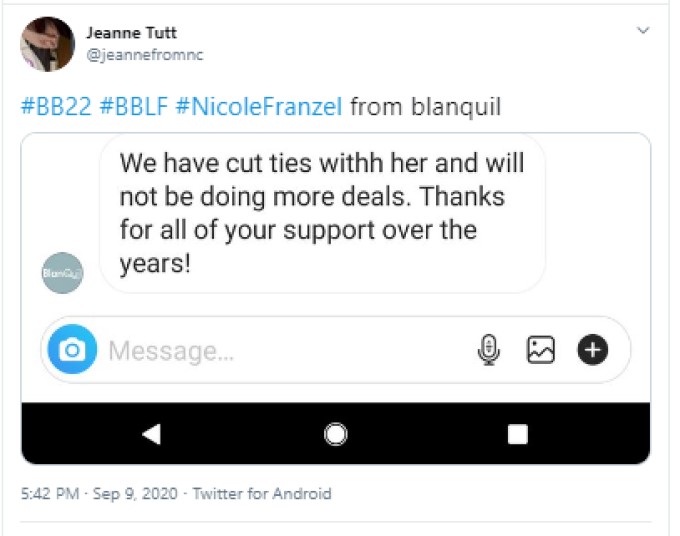 Later, another fan of the show responded to that user, stating that, “the wine company @SteMichelle partners with Nicole Franzel. I hope they read the article I tagged them in because her behavior is disgusting towards people who are on the spectrum! #BB22.”

Chateau Ste. Michelle responded to the post, writing, “Hello, thank you for bringing the situation regarding Nicole Franzel and the current season of Big Brother to our attention. We don’t tolerate discrimination of any kind. We are reviewing the matter and will follow-up with our course of action. Thank you again.” 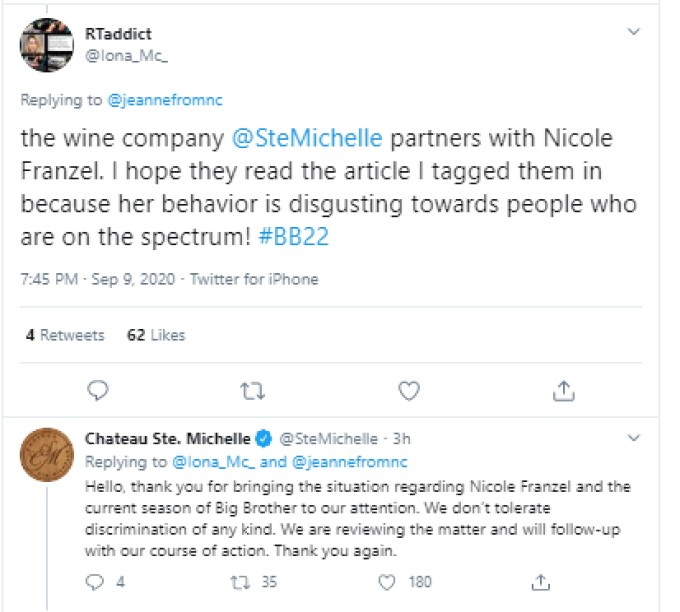 When pressed by another fan online, the company responded again, stating, “Thank you. We don’t tolerate discrimination of any kind. We are reviewing the matter and will follow-up with our course of action. Thank you again.”

Chateau Ste. Michelle has not officially cut ties with Nicole, but it is clear that they are keeping a close eye on the situation.

To reiterate, we do not have confirmation that Nicole Franzel has lost any of her sponsors yet, but it is not looking good.

The behavior in the Big Brother house was really rough last season, with a lot of accusations of racism and bullying running rampant within the BB21 cast. That even continued this summer, when Nick Maccarrone went on Twitter to apologize for recent text messages. He then deleted his Twitter account due to the backlash from fans.

Big Brother 22 was supposed to present a clean slate, but the recent fight between Christmas, Bayleigh Dayton, and Da’Vonne Rogers, which followed Christmas saying she feared getting “shot” and “cut” by Bayleigh, is now combined with all of the negative behavior toward Ian Terry. It is shining a really negative light on the season.

It would not be surprising if the show itself started losing sponsors if there is not a quick course-correct to what is taking place in terms of microaggressions and the lack of empathy and understanding from two mothers, a nurse, and a restaurant owner with a son.