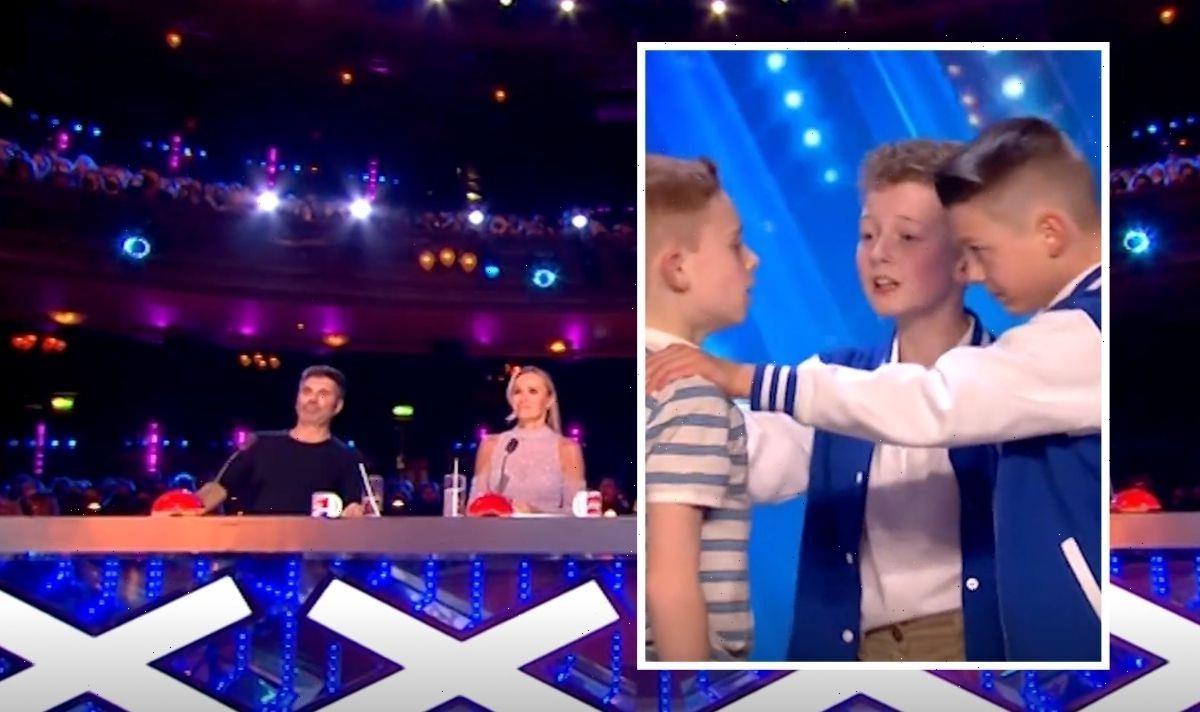 BGT: Boys dance group perform dance to 'You Will Be Found'

Britain’s Got Talent viewers witnessed an action-packed show this weekend as they were wowed, scared and left in stitches over the acts. Five-piece dance group Five Star Boys took to the stage to showcase their dance ability and remove the stigma of male dancers, with several of the group opening up about difficulties they have faced as performers. The 10 to 12-years-old performed an emotional routine to the musical hit You Will Be Found from the musical Dear Evan Hansen.

Judges Simon Cowell, Amanda Holden, and David Walliams, have already dished out their Golden Buzzers, which leaves only fellow judge Alesha Dixon and presenters Ant McPartlin and Declan Donnelly with the power to send someone straight through to the semi-final.

Many viewers tuning into the fifteenth season believe that the trio left should have hit the buzzer for the five dancers.

Fan Nat Lover loved both the all-boy group and the unusual dancers, The Freaks, who also performed during the show and tweeted: “The freaks and Five Star boys were ROBBED of that golden buzzer #BGT.”

Viewer @SeanieQuigley27 said: “The Five Star Boys were brilliant, and I would definitely give them five stars for that. Well done!”

“Also I remember one of those kids from The Greatest Dancer bring mentored by @CherylOfficial and he was amazing on that too.” (sic)

@Bethstuart01 commented: “I’m proud to be a dancer after watching them, I can only imagine what they go through #BGT.”

“Those young boy dancers on @BGT absolutely beautiful!!! #bgt should of been the gold buzzer!!!,” @KailKayleigh said. (sic)

The dancers won over the judges but not quite enough for the highly sought after Golden Buzzer.

Their heartfelt performance told a story of an outsider being accepted into the fold.

Hitting a nerve with some of the performers, a few broke down into tears as they finally got to tell their story.

All four judges stood and applauded the boys for their brave and exposing performance.

Ant and Dec let out a united “I love that” as they clapped along with the entire studio audience.

As mentioned, they weren’t the only dancers in the episode.

Ranger Chris took to the stage with a series of Dinosaurs to have a boogie which also received support from the judges.

High flying troupe The Freaks, who mixed dance and acrobatics, wowed the panel with the troupe made up of a mixture of performers ages 10 to 36.

The group did come under some backlash online after being compared to the 2010 act Spellbound.

Spooky act The Witch both stunned and scared the panel into four “yeses.”

Not every act was as well-received, though, with ‘Mexican wrestler’ comedian Jerry Bakewell only impressing David.

Britain’s Got Talent continues on ITV on Saturdays.