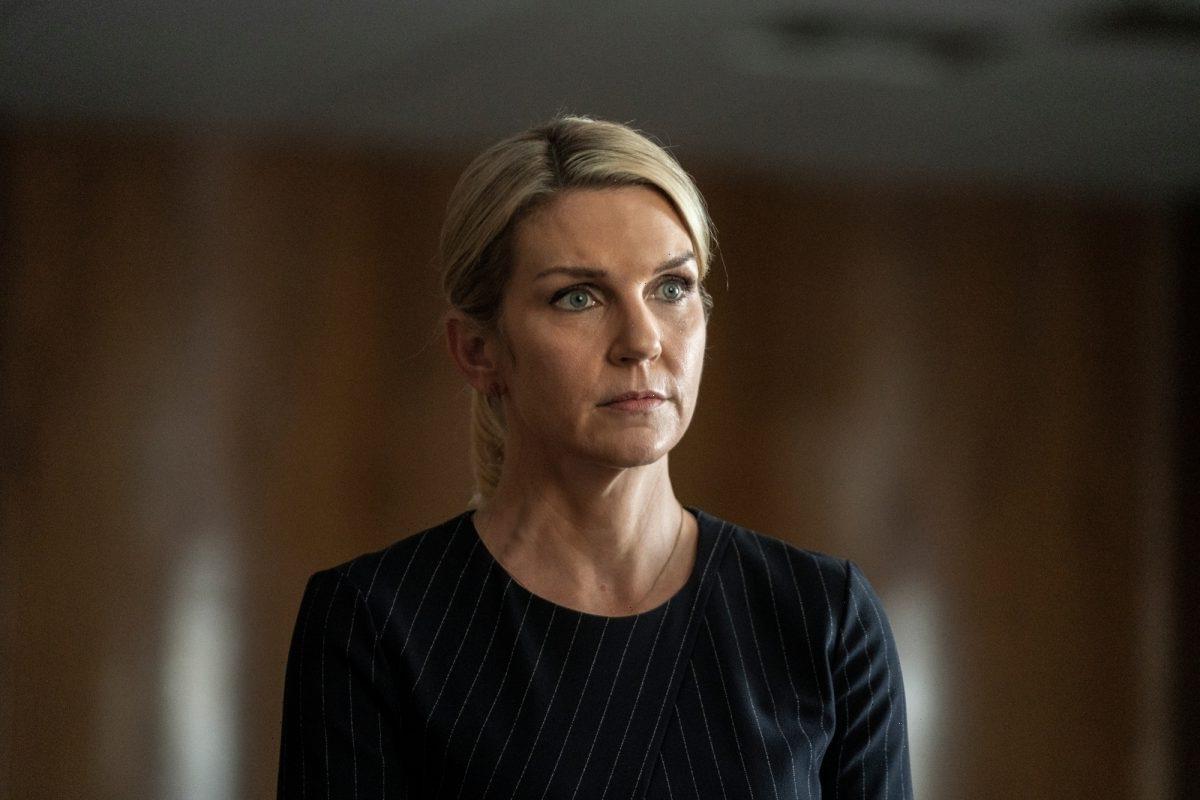 Better Call Saul fans who predicted Howard Hamlin’s death were right. The HHM lawyer found himself at the end of Lalo Salamanca’s gun barrel in the show’s midseason finale, released on May 23. His death sparked much discussion from fans of the show, who had become invested in his storyline and hoped for his survival. But what was Rhea Seehorn’s reaction to Howard’s death? She seems to have squealed just as much as Kim Wexler when finding out about it.

What happened to Howard Hamlin in ‘Better Call Saul’

The first batch of episodes focused on Kim (Seehorn) and Saul Goodman (Bob Odenkirk) pulling a scam to force a settlement in the Sandpiper Crossing case. The idea was to make Howard Hamlin (Patrick Fabian) look so bad that Cliff Main (Ed Begley Jr.) would move to settle it to prevent a scandal, winning Saul his share of the money.

The con turned out to be a success. But things took a tragic turn in the final moments of the mid-season finale, when Howard came across Lalo Salamanca (Tony Dalton).

Howard was at the Goodman home to confront Kim and Saul when a shadowy figure approached from a back room. As Lalo’s face came into focus, a panicked Kim frantically told Howard he needed to leave. Unaware of Lalo’s identity, Howard had no way of knowing he was in imminent danger. Lalo assured him in his cool, calm voice that it was OK, that he could wait for Howard to finish. But when Howard looked away, Lalo took his gun and shot him.

Rhea Seehorn ‘audibly gasped reading the script’ for that episode

Asked about her initial reaction to Howard’s death, Seehorn told Deadline that she “audibly gasped reading the script.”

“Because I was just kind of oh, this is dangerous. Oh, my God. This is going to be bad. Oh, my gosh. Oh. What’s going to happen,” she said, “and then, it’s written in the same kind of language that you witnessed it as far as like it’s a regular sentence and then it just cut off, you know, like that pfft and you’re like wait, what. Then he falls and hits his head. It’s brutal.”

She continued: “We rehearsed it extensively like we do on the show and there’s tremendous sadness about it because it’s my friend Patrick Fabian, my brother at this point. So, once you get through that you start getting down to you know you need to do your job.”

Seehorn added: “I had to start digging into how Kim would feel in this moment, and she’s so in control even when things outside of her are out of her control. She suppresses and compartmentalizes and all that, but as you justifiably saw, there’s this book ending of how she responded last time Lalo came here and how she rose to the occasion and what she does this time.”

How Howard’s death in ‘Better Call Saul’ could impact Kim

Seehorn didn’t give anything away as far as the next episodes of Better Call Saul, but she did hint that Howard’s death would be an eye-opener for Kim.

“I mean, this is the embodiment of what Kim and Jimmy have been pretending is not true this whole season – that there are no consequences to their actions,” she shared. “That they’re not actually harming anyone, and now a person is dying at their feet, and I think that is a seismic shift that would happen in somebody when that goes down. It remains to be seen where Kim will go with that, what she will do with it. It’s traumatic.”

Kim and Saul will be back when AMC releases the first of its final six episodes on July 11. Previous episodes of Better Call Saul can be found now on AMC and Netflix.